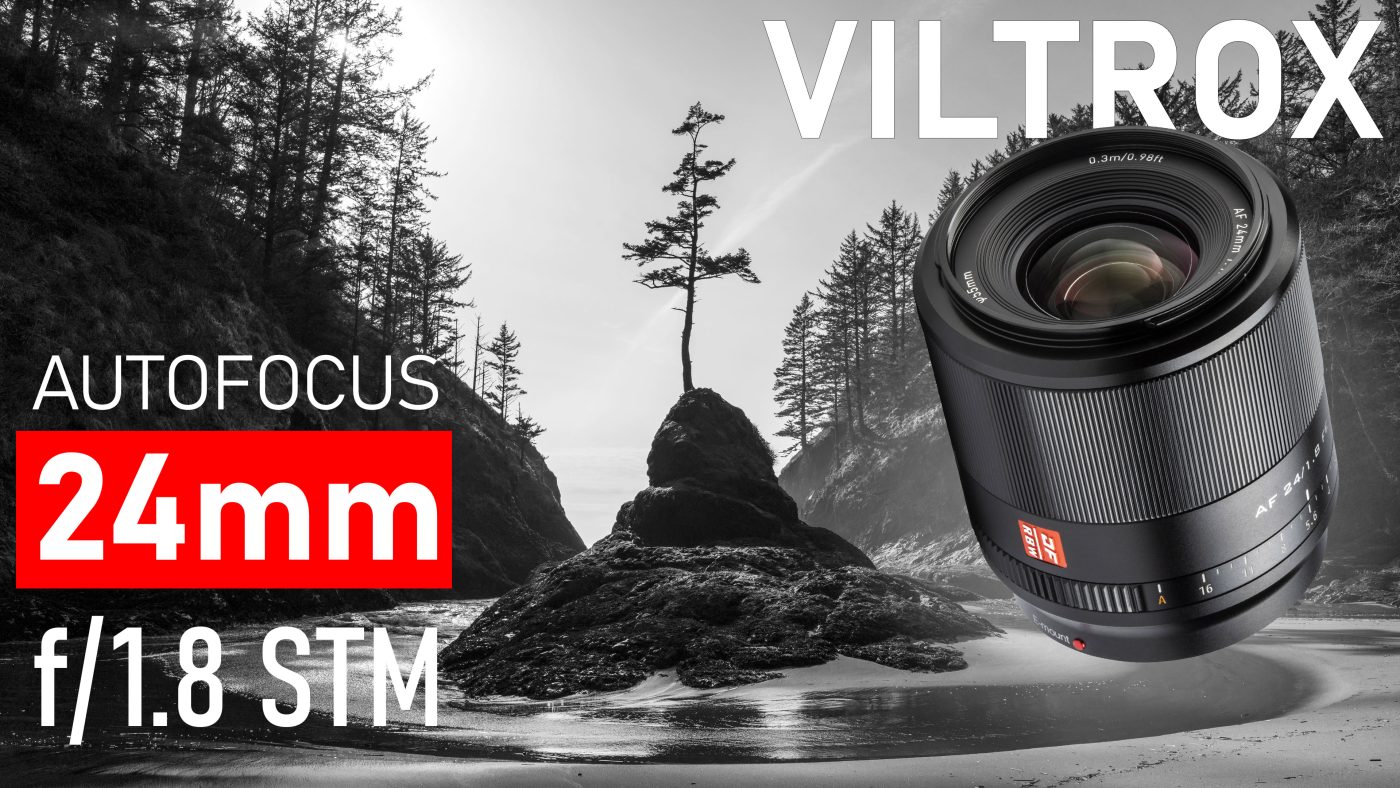 Last winter, Viltrox sent me their 24mm f/1.8 STM lens for Sony E-mount to review (also available for Nikon Z mount), and I’ve been shooting with it for a few months, now. The lens grabbed my interest initially because it has a large maximum aperture, a manual de-clicked aperture ring, and it costs just over $400. The other lens on the market that really interested me at the time was the Sigma 24mm f/2 | C lens from the I-series, since I love my Sigma 35mm f/2 I-series lens so much, so I decided to see how they compare. How did the Viltrox hold up? See the video above.

Despite its modest price, the Viltrox 24mm f/1.8 lens feels like a solid, well-built piece of equipment. Its focus ring is large with smooth movement, and the body does not feel cheap or plasticky. The USB port in the lens mount is a nice touch, but weather sealing is conspicuously absent.

The most important of the lens controls, though, is not quite up to the same standard. The Viltrox lens has a de-clicked manual aperture ring, potentially allowing for smooth exposure transitions while shooting video. Unfortunately, the ring in my sample lens is sticky and stiff, making adjustments difficult, much less smooth ones. The lens does not have a manual focus switch.

The Viltrox 24mm lens controls distortion quite well optically, without the need for heavy post processing. The lens exhibits modest barrel distortion strait out of the camera, and with the default lens profile applied, the distortion nearly disappears. (Viltrox has released improved lens profiles for Adobe, here.)

Digital correction of distortion can be slightly destructive, as it is stretching the data captured in a small area of the sensor over a larger area. In this case, though, the Sigma’s resolution was so much higher than the Viltrox’s around the edge of the frame that any loss in quality was negligible.

I tested the resolution of these lenses with my standard methodology, starting at a location along a local forest trail.

Looking in the center of the frame, I quickly discovered that the Viltrox lens was not giving me the kind of resolution that I’d hoped for when wide open, but it quickly improved when stopped down just 1/3rd of a stop to f/2. However, at f/2 the Sigma lens was already sharper and more contrasty than the Viltrox, and that continued to be the case as I stopped down both lenses to f/8, beyond which the lenses are diffraction limited on this sensor1This is not a lens design problem, but an unavoidable consequence of physics, probably..

Midway to the edge of the frame, the resolution of the Viltrox remained strong at f/4 and beyond, but there was a marked drop off in resolution at large apertures. The Sigma appeared to be about as sharp as it is in the center of the frame, which is impressive.

In the corners of the frame, the Viltrox was quite blurry wide open and even stopped down several stops, while the Sigma remained remarkably sharp, even wide open at f/2.

In general shooting, I found that the Viltrox lens’s STM autofocus motor to be quiet and fast, making it a great choice for shooting video or action. Unfortunately, its rating is marred by frequent hunting and loss of focus, even in good light with plenty of contrasty detail. Since I only tested this lens on my Sony A7RIII, I don’t know whether this issue will affect the Nikon Z model, or even other (newer) Sony camera models. I’d be interested to hear the experiences of my readers on this matter.

That said, the lens does function properly with Sony’s Eye AF, and I have never experienced lost focus with the lens when Eye AF is in use, which is a big plus, especially when shooting video.

The firmware of the Viltrox lens can easily be updated via a USB Type-C port on the lens mount, and I’m looking forward to updates that will improve its reliability.

In real world use, the bokeh of the Viltrox 24mm lens is fairly good; it’s smooth and pleasant. However, highlights often display very strong chromatic aberration, and when enlarged, they contain visible “onion rings” and similar textural artifacts. “Onion rings” are concentric circles that are a common result of aspherical elements used in a lens design.

Though these artifacts are of minor concern to me, the chromatic aberrations in the bokeh can be so strong as to shift the overall color appearance of the background. In this image, for example, the background lights are white LEDs. The blue and magenta fringing, though, create an overall purple appearance.

Vignetting in the Viltrox lens is about average, with a little more than a stop of light falloff in the corners (1.2 f-stops measured) when shot wide open. However, the vignetting does persist longer than expected when stopped down; at f/2.8, we still get a half stop of falloff, and it isn’t until f/5.6 that the vignetting disappears for practical purposes (0.1 stop falloff).

In this regard, the Sigma f/2 lens is much better; it has only loses .75 stops of light in the corners wide open, and it disappears almost completely when stopped down to f/2.8.

I spent three or four months testing the Viltrox lens, hampered by the wettest winter in the recorded history of Seattle, a city known for its constant rain.

Starting with a trip to Cape Disappointment, I shot a variety of landscape imagery, primarily hand-held. As light was good, I generally shot at f/4 to f/8, and I found the resolution of the images to be perfectly satisfactory when viewed full-screen on a 4K monitor. As mentioned above, the acutance of this lens (edge contrast) is somewhat low even when resolution is good, so the images benefit substantially from sharpening in post.

Handling in the field was good, with the occasional exception of focus hunting. I often shot in situations with back lighting, and the lens handled the flair just fine. I was pretty happy with a couple of the images that I got on this trip, and wasn’t concerned in the least that the resolution of the lens was not as high as possible.

I also shot around the city of Seattle, and similarly had good results with my only real concern being the occasionally unreliable autofocus.

Finally, I took a trip up to Skagit county to check out the daffodil fields. I shot a few video clips along with my photos, and found that the focus did hunt around a bit while shooting the fields (which is to be expected, as there was no clear subject), but the quality was very good.

Ultimately, two of the main things that made the Viltrox attractive initially were problematic enough in my test lens to steer me away from it: the manual aperture ring was not smooth enough for practical use, and when shot wide open at f/1.8, the image quality suffered significantly (though stopping down to f/2 helped quite a bit).

There were no problems with the lens so dramatic as to be deal breakers, but there are so many excellent 24mm lenses on the market right now that competition is fierce. Unfortunately, I haven’t had a chance to test the Rokinon AF 24mm f/1.8 lens, which is about the same price as the Viltrox (lacks manual aperture ring, adds auto focus-by-wire stops).

However, the Sigma 24mm f/2 I-series lens is not dramatically more expensive, is more compact, has better image quality and focus reliability, and the all-metal build quality is first rate. I’d recommend it over the Viltrox for those who don’t need a step-less aperture ring.

If you don’t care about the aperture ring and just want an inexpensive lens, then the Tamron 24mm f/2.8 costs only $199 and has remarkably good image quality as well as a minimum focus distance that is less than half that of the Viltrox.

Sony’s new ultra-compact 24mm f/2.8 lens has a manual focus switch and a manual aperture ring, AND Sony’s lens has a click/de-click switch, making it ideal for video or still photography. Image quality is excellent, but the price is a bit high for an f/2.8 lens.

And of course, if quality is your concern more than budget, the Sony 24mm f/1.4 GM has first rate image quality, gathers twice as much light as the Sigma f/2, and has a de-clickable manual aperture ring, but it costs nearly $1000 more than the Viltrox.

Not sure which one is right for you? Let me know how you’ll use it and I’ll give you my recommendation in the comment section below. 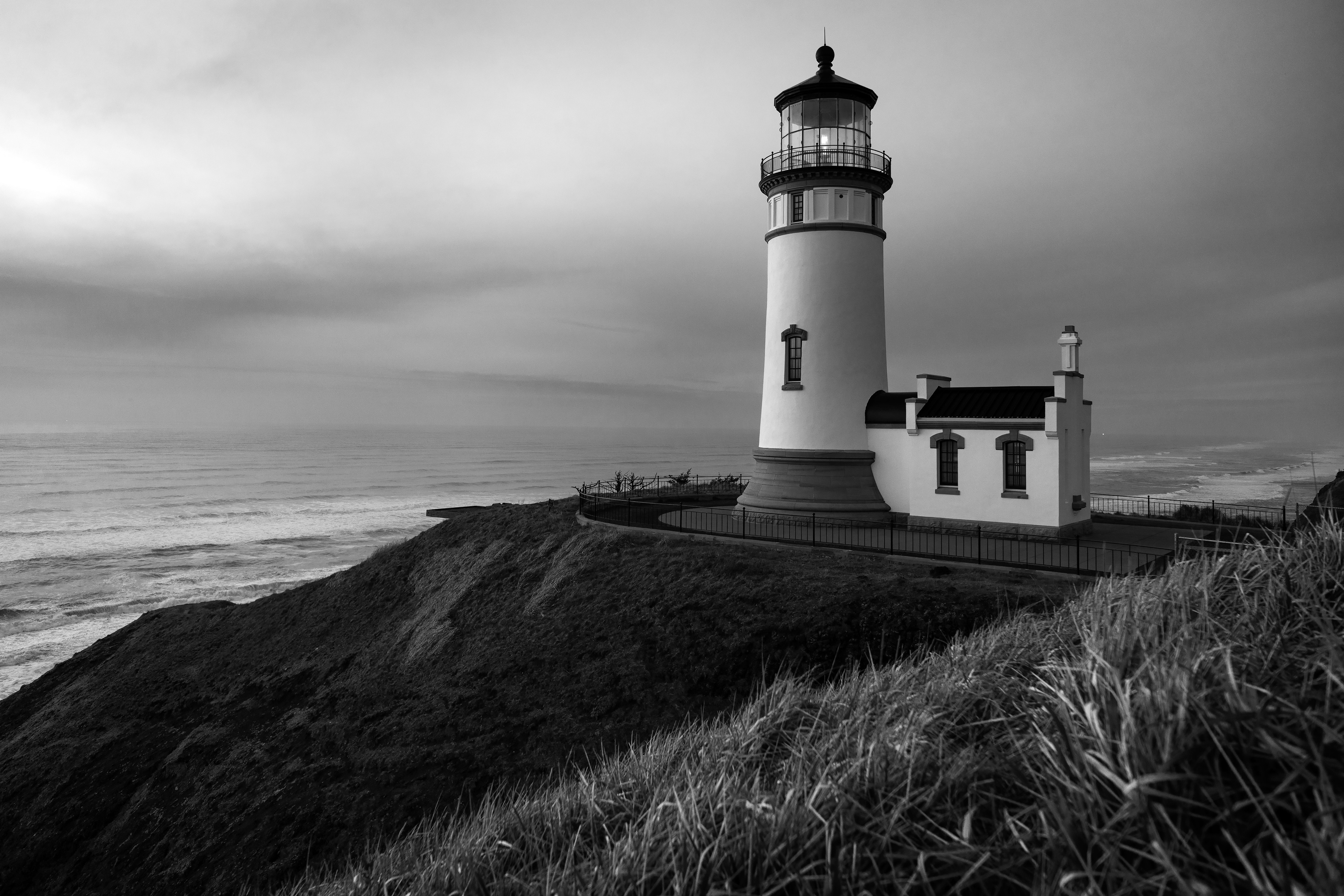