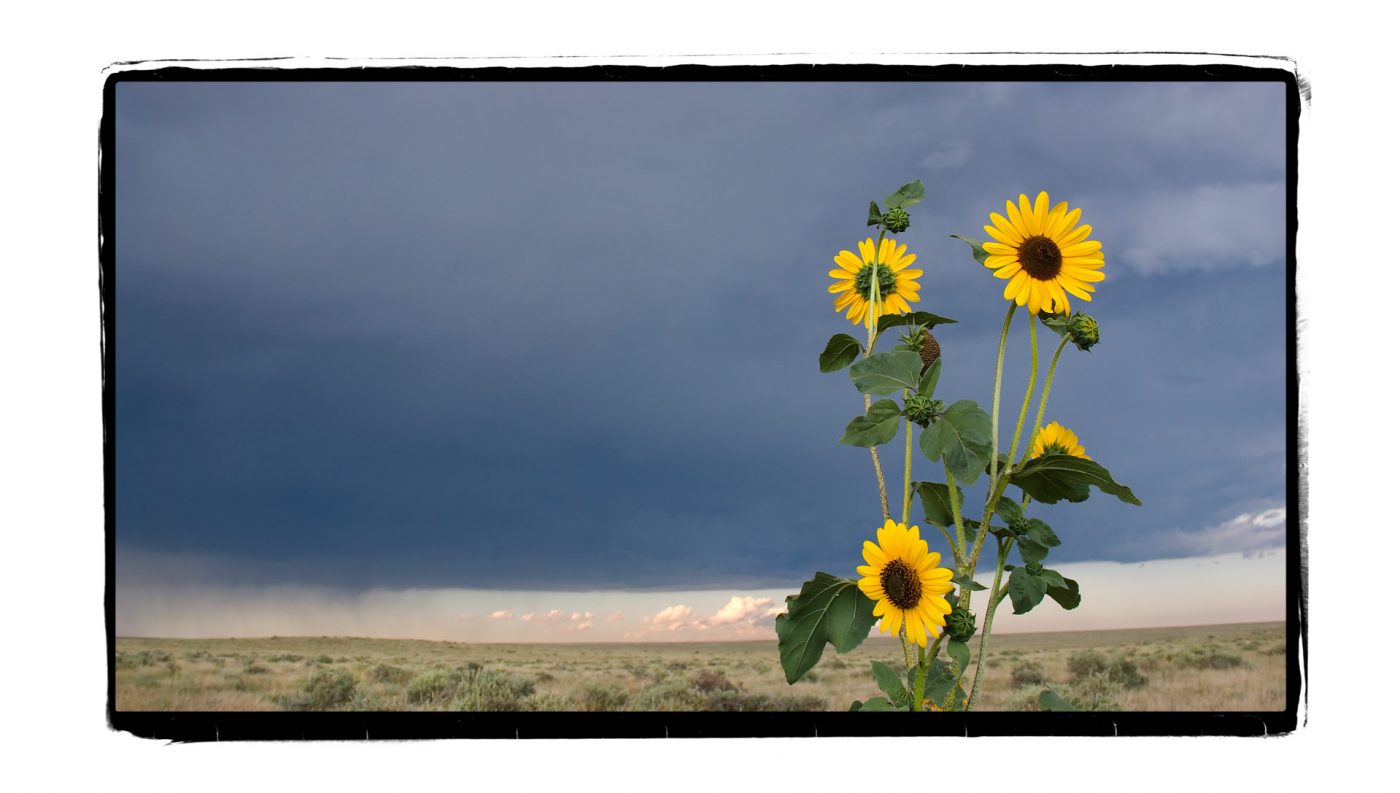 In late July, I found myself in Fort Collins, Colorado with a week to kill between a portrait shoot and a wedding shoot (of the same couple) on the 18th and 25th.  I pulled up a map and took a look around for something that might be interesting to visit. Since the weather wasn’t very stable, I decided against a hike in the mountains and decided instead on a short drive to the Pawnee National Grasslands, about an hour to the East. I had driven through before and I’m always taken by the panoramic vistas and dramatic clouds of the plains.

The drive was a pretty one, with the dark clouds occasionally sprinkling my car with rain. The light had plenty of potential: the sun breaking through the clouds led to some nice bright spots to contrast with the dark background clouds. I stopped my car here and there along the roadside, and was confronted with the quintessential landscape photography problem: I’ve found a beautiful place… how do I make it into a beautiful photograph? Unfortunately, this wasn’t one of those “f8 and be there” situations. There was grass and sky, but not a whole lot else to form into a composition.  I started looking for patterns in the grass, but found that it was to sparse and scrubby, most of the time. The first thing that I focused on was a barbed wire fence. Trite? Perhaps… but at least it was something to start with.

Eventually, I found a windmill that looked promising, but it had started to rain and the scene quickly lost most of its contrast… but not enough to be interesting. I drove a bit further and stopped just in time to catch the sun burst through and light up the wet road like a distant river. It turned out to have been more spectacular in person than when photographed.

Further down the road, I saw something lying in the grass, perhaps 50 feet away. It looked wooden, but I couldn’t tell what it was otherwise… but it seemed like it might be worth investigating, so I tromped over. It was just an old book shelf that someone had set up for target practice. Needless to say, the ground was also littered with broken bottles, pierced aluminum cans, and a bit further away, empty shells. I didn’t take many photos, and moved on.

I eventually came to pullout near a big, flat field. There were no fences or structures, no hills to speak of, but the clouds and rain were making cool patterns in the sky, so I though I’d just stop and see what I could do. It turned out that the ground was mostly covered with cacti, which made moving around slow and getting low-angle shots dangerous. There were, however, some bright yellow flowers here and there… one looked like an actual sunflower, but most of them looked like something more invasive, as they appeared mostly along the roadside.

The photo at the top of this post was taken at this stop, as was the photo below. The dark rain clouds in the sky formed a natural ceiling for the photographs to the east, and I eventually found a nice patch of grass (I had been looking… I was visiting grasslands, after all) to place in the foreground.