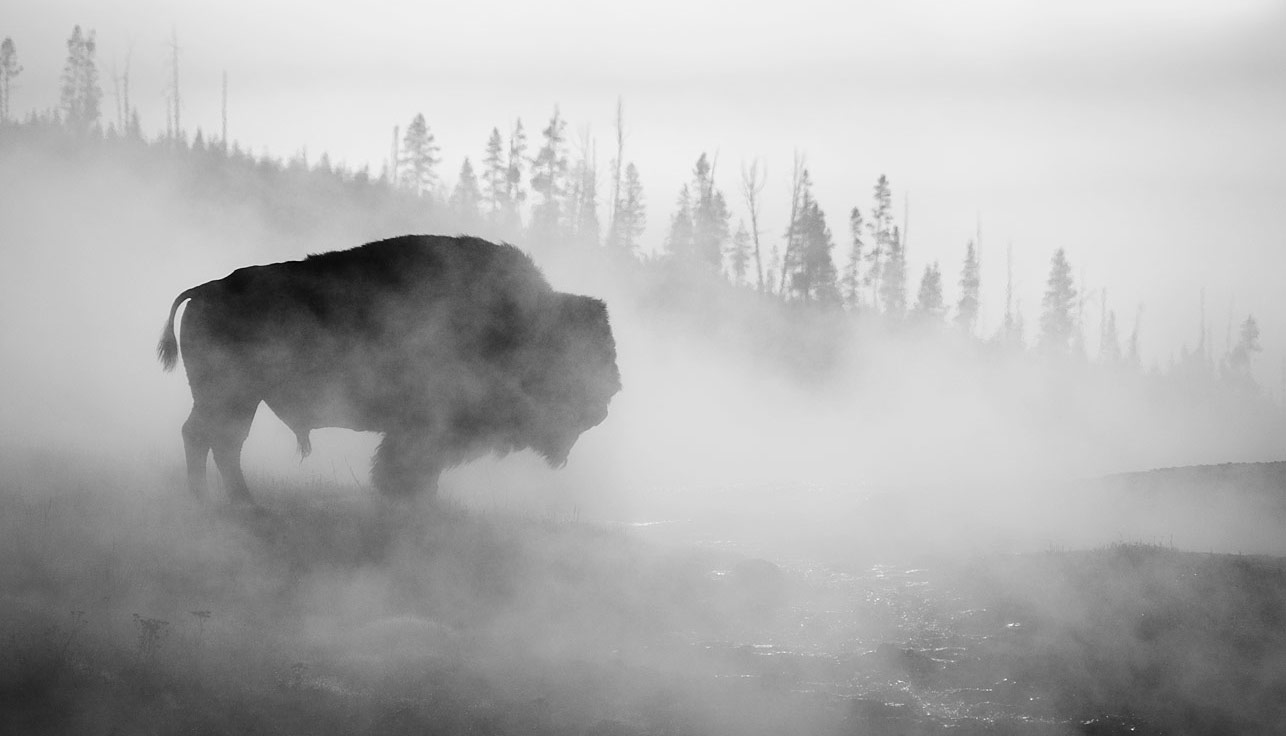 After driving through the Southwest for a couple of months, I decided that it was about time to head home. I was in Colorado, and decided to head up through Wyoming to Yellowstone and Grand Teton rather than the coast. It turns out that it was a lot of driving and not much photography, so I’ll keep this short. I stopped the first night in Dubois, WY, had breakfast in the Cowboy Cafe, and headed north towards the parks the next morning. It was early October, but I was surprised at how much snow I ran into. The snow was so deep on first pass I crossed that I was momentarily concerned that I’d have to find an alternate route, but I pushed through and came down into Grand Teton National Park.

For much of the early part of my trip, there were not enough clouds in the sky to keep the skies interesting. In Grand Teton, the problem was the opposite: the clouds were so heavy that the park’s namesake mountains were completely obscured. I stopped alongside a river and tried to wait it out, but only caught a couple of brief glimpses of the peaks before they were engulfed again. So, I pushed on to Yellowstone.

Yellowstone is one of my favorite places, not necessarily as a photographer, but just as a person who loves exotic landscapes. I visited a couple of times as a child, and every time I smell that wonderful sulfurous steam, it transports me back 25 years. I don’t like wandering around talking on the phone, but I suddenly felt the need to called my sister from the boardwalk near Old Faithful. The weather was chilly; not freezing but I was glad that I had my winter coat. Because of the cold, though, thick steam rolled off of the the hot mineral pools and geysers. I found myself more interested in the textures and details in the warm runoff than anything else. As the evening approached, I decided that it was time to keep moving, so I headed towards a northwest park exit.

As I drove along, though, I spotted a lone bison grazing on a hillside on the opposite side of a creek near Lower Geyser Basin.  There were two streams coming down from the hot pools on the other side of the hill that were glimmering in the sun and a cloud of fog rising from behind the hill… it looked like it had potential. I stopped and sat on the side of the road waiting for the bison to either walk towards the streams or towards the top of the hill. I was lucky; it he did both. And the instant he stepped across the first stream… my camera stopped shooting. The memory card was full. By the time I had reloaded, the bison had wandered over into a grove of trees, and I had missed the shot,  but I followed along anyway. A moment later, the bull wandered out of the trees and posed for me on a little ridge in the fog, and then hiked over the hill, where it was spotted by all of the tourists. 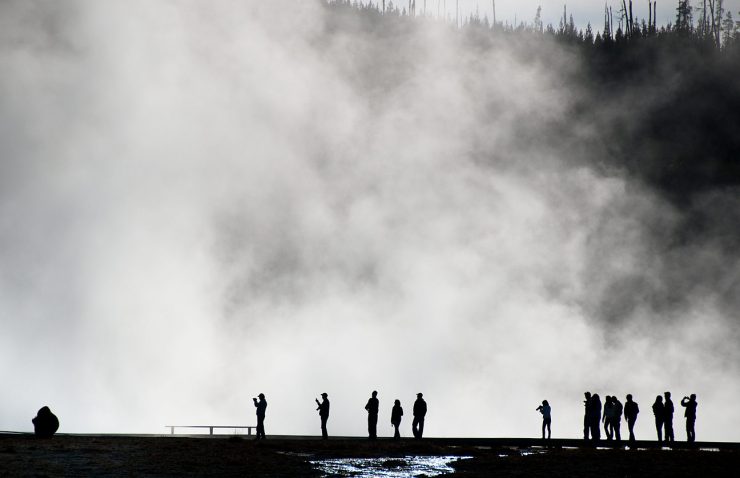 I kept driving, and headed into Montana. The next morning, I decided that I’d stop by the National Bison Range, a short drive north of Missoula. I was almost immediately taunted by deer, but I didn’t see any bison until I reached the far end of the park. They got close enough to my car that I could have reached out and pet them, if I’d felt like suffering serious injury. As it was, I took a couple of quick photos and then headed west on I-90, over the Rocky Mountains and the Cascades into Seattle. 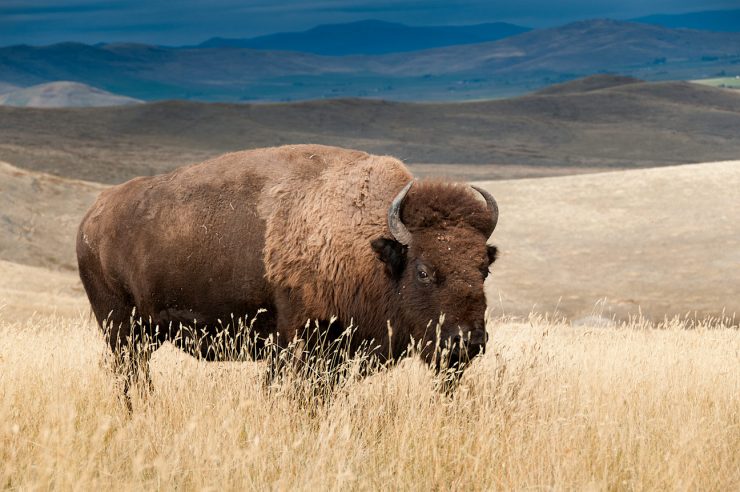