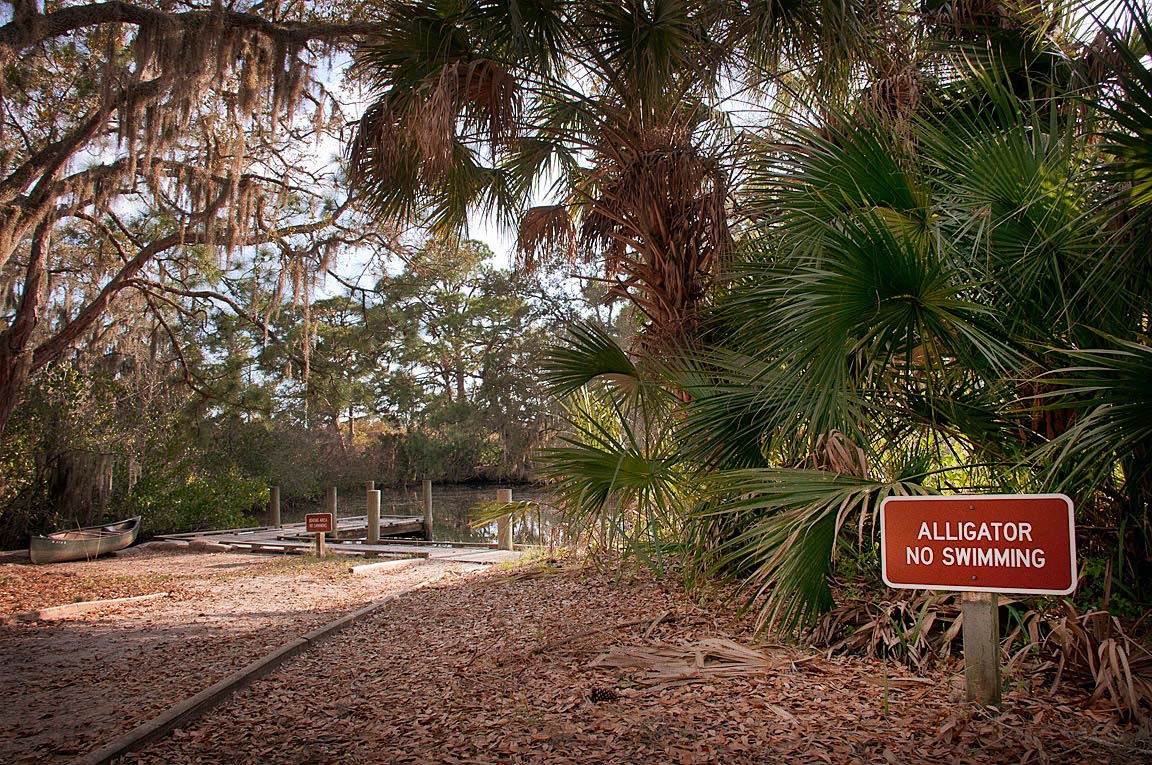 Sometimes I get lost. When I was a teenager and an exchange-student in Austria, my friend Andrew (from England) and I would wander around the city and try to get lost, in the hope of spurring some sort of adventure. These days, it’s invariably when I’m driving, and while my eyes are on the road, my mind may be occupied with any of a variety of unrelated endeavors. It’s not uncommon to be roused from my ruminations by an unexpected fork in the road and direct my attention back to the approaching signage only to discover that my intended exit has passed miles ago, and that I’m in a new and unfamiliar place. This is exactly what happened to me last week: I thought that I’d take another look around Myakka River State Park, but when my thoughts were drawn back to my surroundings by a lovely expanse of warehouses that I’d never seen before, I discovered that my exit was already six miles behind me (a bit of a feat this time, since the proper exit was only 7 miles from where I got on the highway).

I did see a sign for Oscar Scherer State Park, though, so I plotted a new course. Three minutes later, I was taking a map of hiking trails from the ranger at the front gate. He eyed me suspiciously when I asked him what the park had to offer a new visitor. Hiking trails, canoe rental, and an eagle nest seemed to be the bulk of it.

I took the South Creek Nature trail. South Creek is a slow moving, brackish body of water overhung by a dense canopy of trees and epiphytic plants. After a half-mile’s walk and a peek around a nature center, I took a bridge across the creek, through a campground that seemed more like a trailer park,  and entered a small pine forest, which then gave way to open palmetto prairie. After another half mile or so, I spotted the eagle’s nest. The general area was cordoned off, but through my binoculars I saw something that looked very much like an eagle.

The field across the path from the eagle nest was actually much more attractive to me. Some nice clouds were rolling by, and the prairie featured some interesting semi-burned trees. I snapped a few photos and wandered back to my car on the same path.