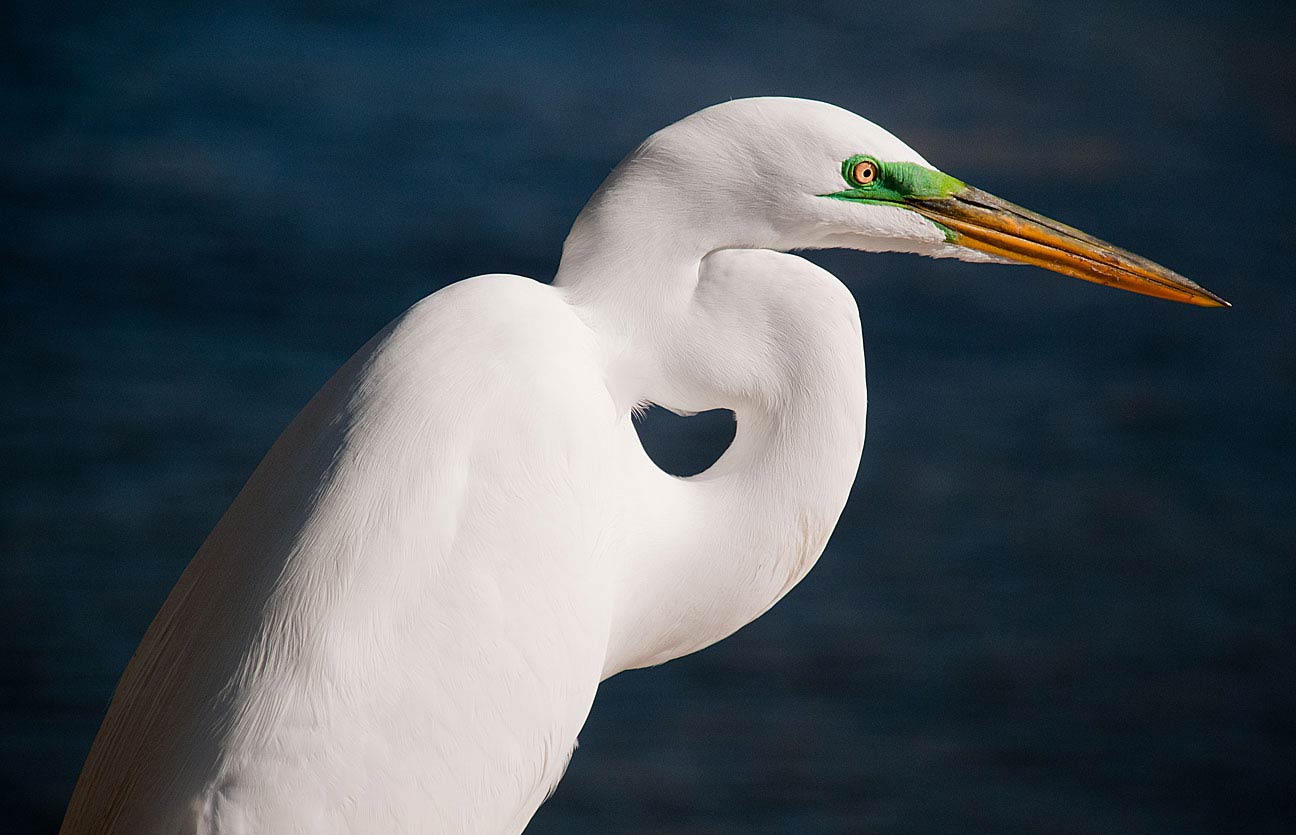 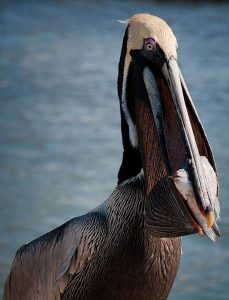 It was a beautiful afternoon in Sarasota today, so I decided to take a walk along the waterfront downtown. There are several species of birds that can be found consistently on the mud flats along the shore: the great egret, the snowy egret, the great blue heron and the little blue heron, and brown pelicans, among others.

The first bird that I approached was an egret, and I noticed that it looked a little different than usual; it seemed to be developing longer, fancier plumage and it had bright green on its face (lores, technically speaking). As I frames a couple of photographs against the dark water of a marina, I noticed that the gap between the neck and body occasionally formed a little heart-shape, and with valentines day just past and the bird’s new breeding plumage I thought it made an appropriate photo.

The pelicans were fun to watch, too. After swallowing a massive fish, this one tried to stare me down. Looks a bit like Billy Idol, with the hair and sneer.