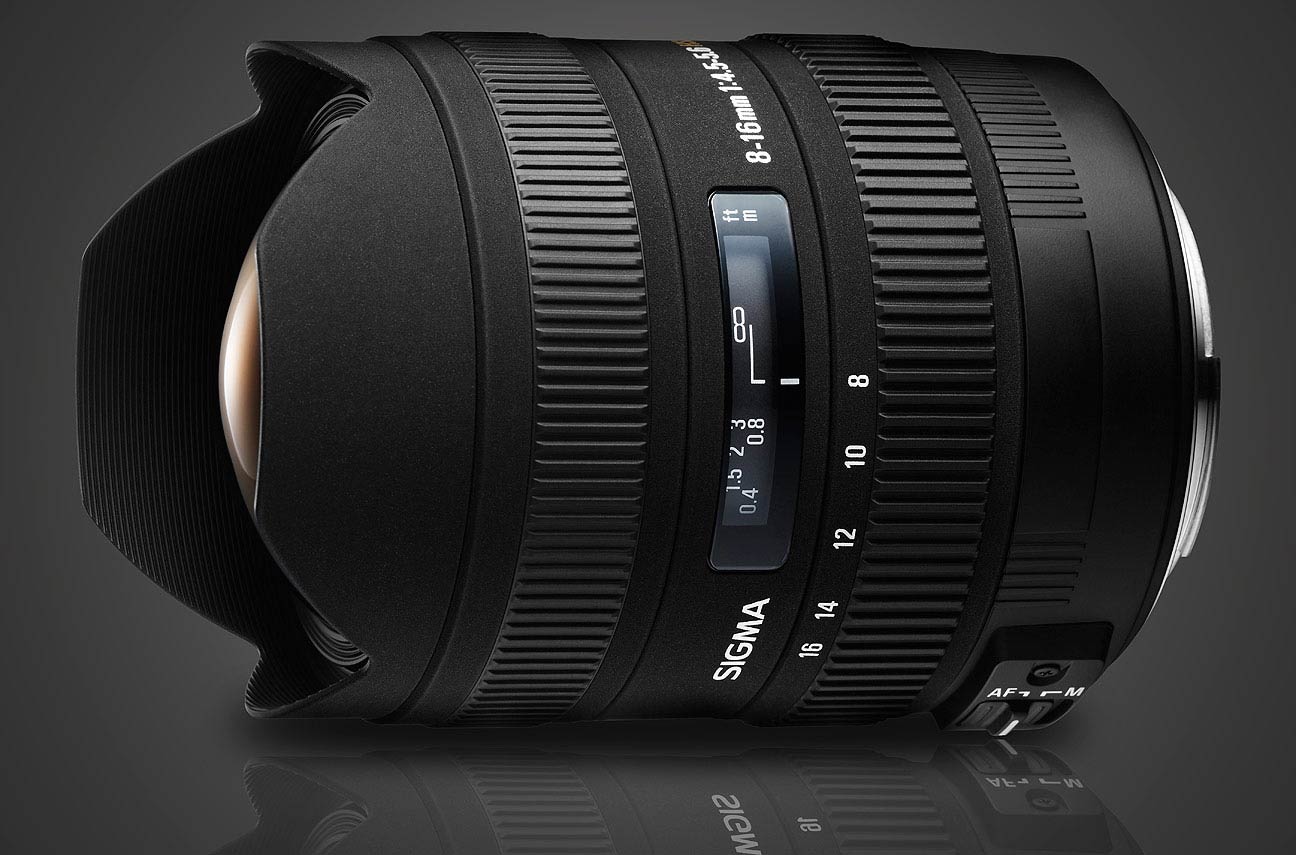 Technically, any zoom lens with a zoom range falling below about 50mm (APS-C) or 70mm (full frame) can be considered a wide-angle zoom, but these days, people are generally talking about the ultra-wide zooms in the 10-30mm range, which have become quite popular over the past several years. Historically, lenses in this range were either fisheye or optically flawed, but because of recent advanced is computer aided lens design, we have a collection of lenses that are optically quite good. In fact, there are enough of them made (especially for APS-C) that it can be tricky to choose the best one.

Among the choices for APS-C sensors, the suggestions that I’ve provided have similar optical quality, all of which are on a very high level. The Tokina, which has the shortest zoom range consequently also probably has the highest resolution, as one should expect. 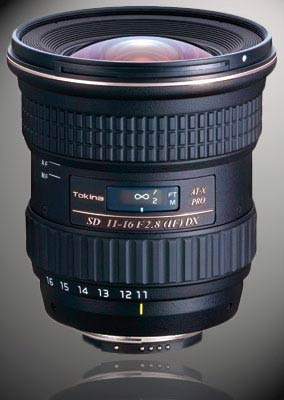 If you can live with the somewhat limited zoom range, the Tokina 11-16 f2.8 is my top choice. Not only is the lens wonderfully sharp, it maintains a constant f2.8 maximum aperture throughout the zoom range, making it significantly better in low light than the other lenses.

The Drawbacks: Unfortunately, this lens is difficult to find for Canon, and some retailers price it higher for Canon than other brands, though this is hardly a major problem in this age of the internet. Otherwise, the major downside for this lens is the limited zoom range (only 6mm from the wide to telephoto ends). 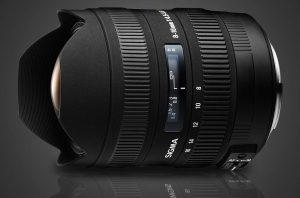 This is the widest angle rectilinear (non-fisheye) zoom lens on the market. For Canon APS-C, this is equivalent to a 13-26mm, approximately. Despite the extreme lens design, the optical quality remains remarkably high, especially from the mid to high zoom range, where there is also very minimal distortion. Its minimum focusing distance is about 9.5 inches (24 cm), which will allow you to dramatically emphasize foreground detail.

The Drawbacks: There are two major drawbacks to this lens; first, it has a bulbous front element, so it can’t accept filters. The other drawback is simply that it’s a pretty slow lens… f/4.5 is the maximum aperture, but to get the best image quality, you’ll end up shooting at f/5.6-f/8. 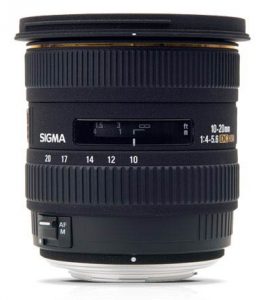 Perhaps the most attractive feature of this particular lens is its price, but it does have very impressive image quality to go along with it. At the wide end of the range, some tests conclude that the image is not as sharp as the Canon, while others say that the difference is not significant.

The Drawbacks: This lens has slightly softer performance at the short end of the zoom, with the margins of the frame showing some softness at 10mm, and away from the center of the lens, the resolution isn’t quite as high in general (though this is typical for a lens of this type). 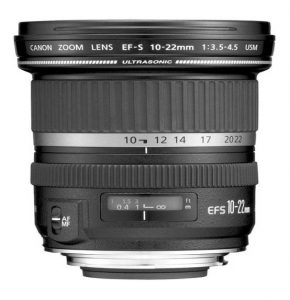 Canon’s lens is the most expensive of the bunch, and although the optical quality is perhaps a little better than the Sigma, it also costs nearly twice as much. The lens does have the longest zoom range of any of the three, and it is 1/3rd stop faster at the wide end.

The Drawbacks: The performance figures of this lens are backwards compared to the Sigma. While the Sigma is weakest at the short end, the Canon is weakest at the long end (22mm), where a little softness creeps in. The only other major drawback is the price.

Before continuing, it is important to keep in mind that when it comes to full format lenses, these zoom ranges are somewhat extreme, and none of the lenses available for Canon are perfect. Nikon shooters have the edge here, as the Nikkor AF-S 14-24mm f/2.8G ED is really the only lens of its kind to produce excellent resolution figures border to border across the zoom range at the moment (though it costs around $1800).

For a full frame sensor camera, the Sigma 12-24mm offers the widest (non-fisheye) perspective available, and that is no small feat. I’ve found that it’s used by quite a few professional photographers (especially wedding photographers, such as David Ziser, and journalists) to cover their wide angle needs. Though I am a fan of wide angle lenses, I rarely find that I need to shoot any wider than 16mm (full frame), but perhaps if I were to spend more time with this lens I’d start finding uses for it. The distortion levels in this lens are remarkably low; much lower than you’d expect from a lens in this class.

The Drawbacks: As you might expect from a lens that is pushing the boundaries of lens engineering such as this one, there are some downsides. First, of course, is the fact that it has a relatively small maximum aperture, at f4.5. The borders are slightly softer than the center, but not terribly so… in most cases, it will not be problematic. The chromatic aberrations can be pretty bad, so make sure that you know how to correct them in post-processing.

It goes without saying that this is an expensive lens, but it is beautifully made and weather sealed, clearly intended for professional use. It is as much as two full f-stops faster than the Sigma, with a constant f2.8 available as a maximum aperture. The resolution in the center of the lens is excellent, but drops off towards the margins of the frame, as is the case with the Sigma. When stopped down to f8, the resolution is quite good from border to center… and is actually very respectable even from 5.6. The resolution is significantly improved over the older 17-40 f4.

The Drawbacks: I’ll mention the price here, but that’s really to be expected, as is the softness at the extremes of the frame, especially wide open.