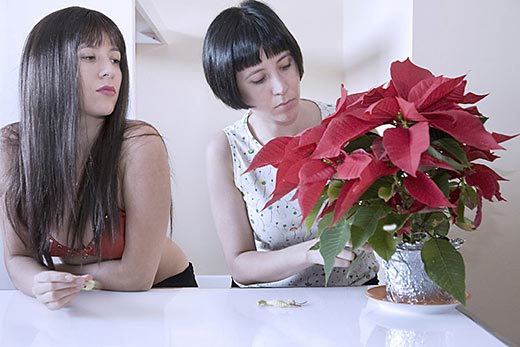 Music is the most widely appreciated form of art, which is why I use it as a vehicle for photographic concepts. Its components are easily known and identifiable when listening: melody/theme, bass, rhythm (beat of the drums in most cases) and accompaniment. The same holds true for photographs: subject (melody/theme), background (bass), lighting (rhythm; maybe a bit of a stretch with this one) and the subject’s surroundings (accompaniment). Usually, we experience music and photographs in a reductionistic, as opposed to a  holistic, way. We zero in on the melody of a piece of music and we zero in on the subject of a photograph. At least, that’s our tendancy. What we really need to do is view the art as a whole, but be able to recognize it’s parts.

Frederick “The Great” challenged Johann Sebastian Bach to create, on the spot while sitting at one of Fred’s many pianofortes, a six part fugue on a theme (subject) that Fred pulled out of the top of his head. Bach, after listening to the theme, said that he would have to think about it and get back to him. Some time later, Bach sent several canons, fugues and a trio sonata, based on the “Royal Theme”, as Bach names it, titled Musikalisches Opfer (“Musical Offering”). It was probably a way of getting back at Fredrick for his meager attempt at humiliating him during that visit.

Though the Royal Theme is prevalent in the opus, the Trio Sonata for Flute, Violin and Continuo takes on a different form altogether, or so it seems. Of particular interest is the second movement of this four movement sonata; the Allegro moderato. It starts off with a totally new theme, but then, in the distance (about 1min 20secs into the piece; at 120 beats per minute), we hear the Royal Theme play on the cello. In this case, the theme is acting like a supporting bass line instead of being part of the melody. It’s a little musical trick known as counterpoint. Bach was a master at it. As the piece progresses, the Royal Theme is played several more times (I’ll let you figure out how many). At one point it is played by the flute as part of the melody. Bach effectively moved the subject from background to foreground (and everywhere in between) in this movement. In every instance, the Royal Theme took on a different aspect of music.

The point of all this is subjects don’t necessarily need to be front and center. Making the subject ambiguous yields a more interesting photograph. In other words, the placement of the subject can be arbitrary.

A common form of subject ambiguity is to place the subject as part of the background. Keep in mind that in order for this to work, your image must present the illusion of perspective. In other words, you clearly have to separate subject from its environment.

One effective way of achieving this is to blur the subject, making an arbritrary (or related) object the focus of the image. Another is the use of motion blur; keeping the subject in focus and frozen. Sometimes the subject is so ambiguous that, unless the artist confesses, one cannot discern what it is. The photo of the rice pickers (below) is an eample. My intent was to take a picture of the rice fields, but then I had the idea of placing “objects” in the scene to take away the bit of monotony that I saw. The people in the photo, though not the subject, provided that “separation”.

The amorphous subject are those that are typically depicted as scenes. For example, sitting in this coffee shop as I’m typing these words that you are reading now (a little self-referencing humor), I decided to take this picture with my 8MP phone camera (you can see my reflection on my glossy computer screen):

This is much different than taking a landscape photo. For some reason, landscapes feel “defined” in the mind, unlike this photo of the coffee shop. Though not a very interesting photo, using this “technique” produces images that are “interesting”; because that’s the only word to describe them.

Pulling in all the elements of the previous techniques for subject placement, one can create the true ambiguous subject. Though not the first person to achieve this, Veronika Marquez has created her Camila series of photographs which depict her current and former “self” in the same space.

During the period of writing the first two article in this series, I came across this picture which exactly represented what I wanted to convey. I briefly spoke with Veronika via email describing what my series was about and she promptly gave me permission to feature her photo(s). She also provided me this text (in Spanish) explaning the reasons and the process of her work, Camila:

I thought the process was long, but that it had an end, until I realized that the process is transformation of change without end.

I worked as a prostitute at a young age, though it wasn’t the only thing I did, but without being fully aware, my life revolved around it.

Putting aside my past, I became a photographer as if my past never existed. But photography led me to look for my lost identity.

In my previous photo project, I used to interpret other women in my own photographs, but now it is my turn to show myself.

I worked with my other life, with my other “me”. Coming and going in time, with thousands of questions and only a few certainties. Suddenly, everything turned to light and “Camila” was born: a photographic project, realized to this day, where past and future “naturally” exist in the same space.

In my photographs, I interpret what I am today and what I once was. My reinterpretation of Camila, me in another time, makes me see clearly that we are representations, a sum of characters that, consciously or not, tries to define itself as one person.

To understand an ambiguous work, you have to understand the purpose behind it, which is why putting thought into this creative process will allow it to be successful in its effect. It also becomes intimate and very personal.