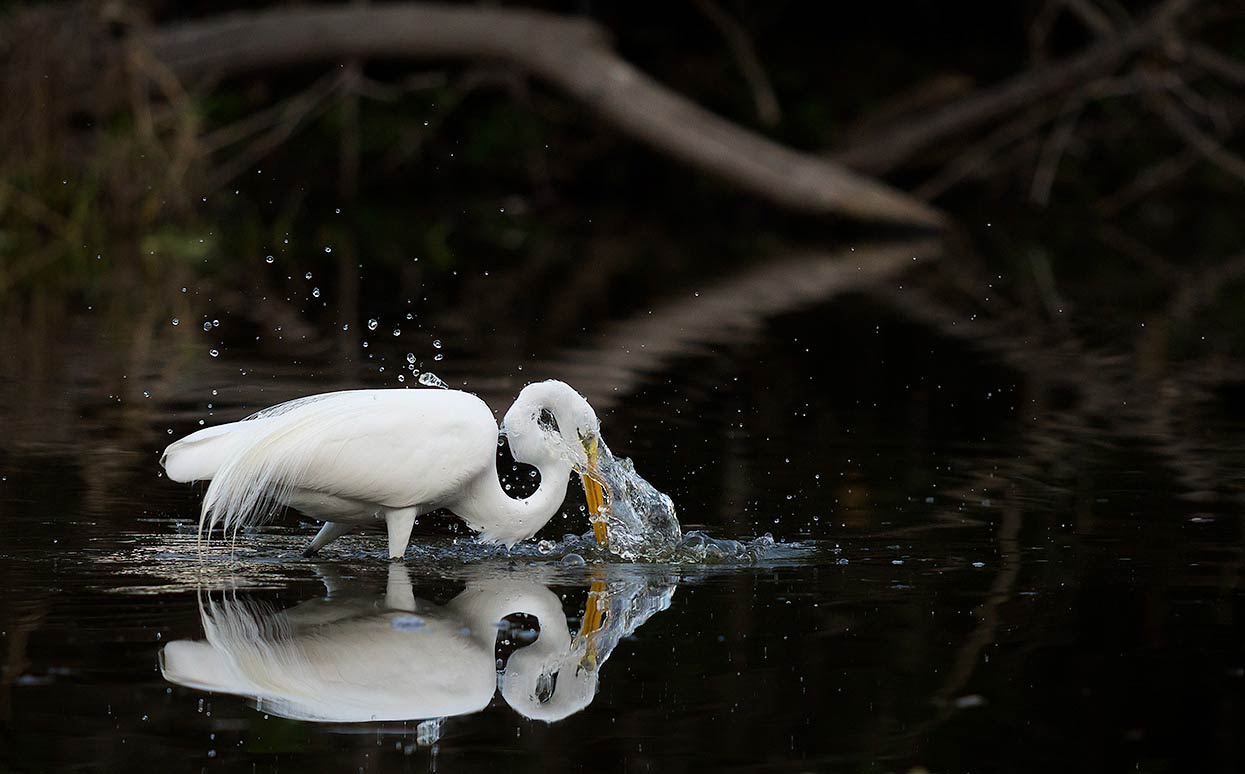 At this point, you may all be tired of seeing bird photos, so I’ll try to keep this brief. Over the past week, I’ve spent three or four days in Myakka River State Park working on a variety of projects, but each evening as the sun gets low, I head to my favorite spots to see which birds have shown up. All of the following photos were taken with a Canon 70-200mm f/2.8L lens, occasionally with the addition of a 2x teleconverter.

Since I had virtually ignored them during my first encounter, I decided to give the park’s wood storks a little more attention. I located several of them in the river shallows near the South Pavillion, where the shade and dark water helped to create crisp reflections. Several of the parks more common residents were at the same location; a great egret was keeping busy by fishing for minnows, and a great blue heron stalked around looking for larger prey.

My favorite location, though, was by the weir… not more than a few minute’s walk from the boat launch. When photographing birds (and wildlife in general) there’s an advantage to doing it in busy areas. Although some animals may avoid the bustle and noise, those that remain are much less skittish, allowing the photographer to get closer and to observe a more natural range of behavior. Although the weir is not busy in the same way that a national park can be, there is a foot path less than 100 meters from my favorite shooting location, so the birds there are usually accustomed to human noises.

As the sun set one evening, I crept into position in the riverside grasses. The roseate spoonbills were back, but no more active than they were on my first visit. A wood stork was also present, and it was kind enough to wade around shallows after sunset, giving me some pretty silhouettes.