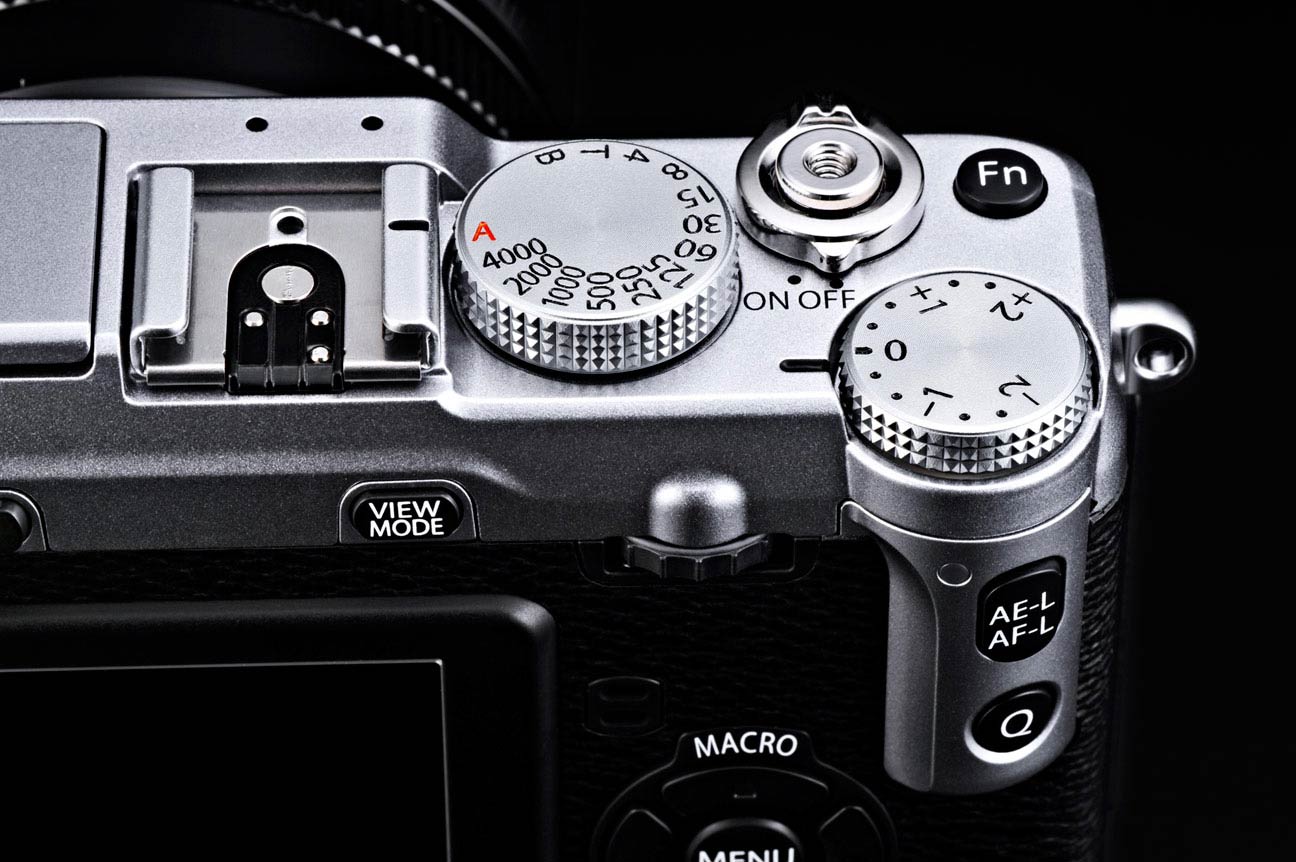 Vintage styled cameras have nearly reached Fad status over the past couple of years, fueled in part by the continued popularity of Leica rangefinders. In the past year, the Fujifilm X-Pro1, and the Olympus OM-D EM5 have both caused a considerable buzz around the interwebs.  As a result, I almost ignored the appearance of the new Fujifilm X-E1, officially announced a few days ago, as just another face in the crowd.

The Fujifilm X-E1, though, deserves a second look; it has succeeded where others have failed. While the Fujifilm X Pro 1 has proven itself with excellent image quality, its viewfinder is based on an optical rangefinder, complete with parallax problems (not to mention a hefty price tag). With the X-E1, on the other hand, Fujifilm opted for a super-high resolution electronic viewfinder (EVF), so you’ll see exactly what you capture (though your battery will pay for it on long shoots). The EVF is more compact and less expensive, while improving visibility in low-light.

And while the OMD-E5 has an EVF, it is also saddled with a much smaller, micro-4/3rds sensor. Though popular, the smaller micro-4/3rds sensor requires higher pixel density for the same pixel count, and therefore, is more prone to digital noise. Furthermore, the sensor size reduces a photographer’s ability to capture an image with shallow depth of field, separating the subject from the background. Not so with the Fujifilm X-E1, however. All of Fujifilm’s X series cameras (including the X-E1) use a larger, APS-C  sensor, just like most digital SLRs these days.

Perhaps more importantly, though, is the fact that the X-E1’s vintage styling is not just for show. The camera’s controls are simple and well placed, allowing the user to concentrate on taking pictures, not managing the camera. I’m a big fan of the exposure compensation thumb-dial for fine tuning exposure, also found on the X-Pro1.

And the X-E1 will cost $700 less than the X-Pro 1. The X-E1 is expected to hit store shelves at $999 for the body, in either a black or black and silver finish, with several lenses already available, and three more coming in early 2013.