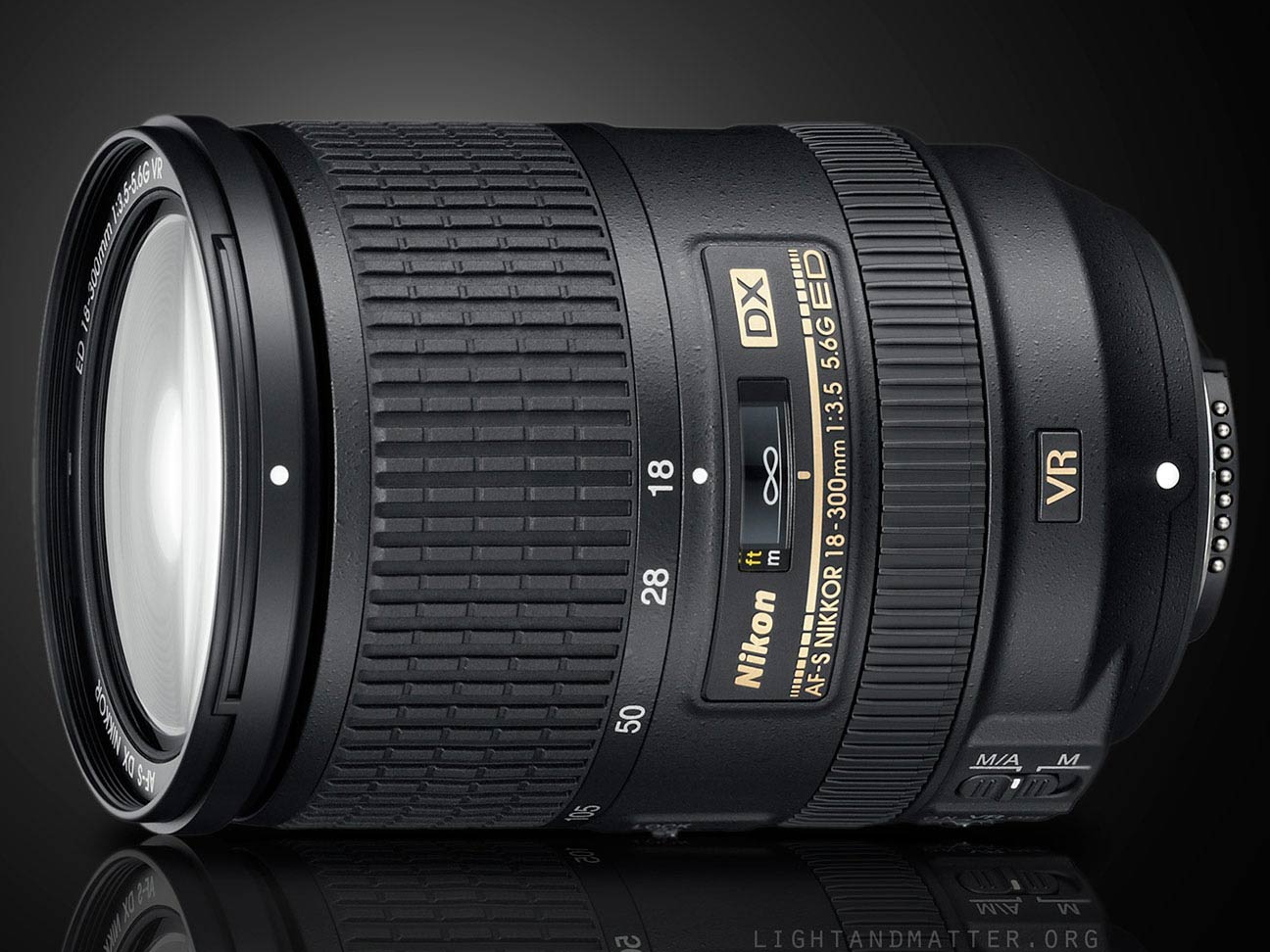 Photographers who care more about convenience than image quality and have been enamored with Nikon’s 18-200mm VR glass can now set their sights a little higher (or do I mean lower?) in anticipation of the 18-300mm f/3.5-5.6 ED VR lens. The new Nikon lens packs a full 16.7x zoom range, an equivalent of 27-450mm zoom range with Nikons 1.5x crop factor. All-in-one lenses have become popular over the past few years with amateurs who seem to be intent on buying interchangeable lens cameras but don’t want to deal with the bother of actually carrying multiple lenses around to interchange. Unfortunately, designing optical elements that produce consistent image quality gets much harder as a lens’s zoom range increases, and Nikons 18-200mm model 1 And Canon’s, and Tamron’s, and Sigma’s… has been a paradigm for this fact. Snide comments aside, the lenses are tremendously convenient for photographers who must travel light, and the image quality remains higher than (most) cell phones and some point-and-shoots. The 18-300 has the most ambitious zoom range in the history of Nikon lenses, and, as with any lens that pushes the limits of modern engineering, we’ll have to expect some compromises. I, for one, will be interested to see exactly how much our expectations will be taxed. Nikon has fitted the lens with 6 special glass elements: three ED and three aspherical, plus nine rounded aperture blades for smooth bokeh.

Even more interesting is the 24-85mm offering. Actually, there’s nothing particularly interesting about the lens or zoom range itself; in 1998 this would have been a very typical zoom lens. Nikon already has had two AF models at this focal length in their line-up, the 24-85 f/2.8-4.0 IF and the cheaper 24-85 f/3.5-4.5 non-VR (now discontinued).  What makes it interesting at this time is that it points to the imminent release of the rumored low-cost, full-frame Nikon SLR : the Nikon D600. Since Nikon’s release of the D700 and D3 series cameras, all of the full frame sensor models have essentially been pro-level cameras. Even the low-end model, the D700, was released with a street price of $2999, well out of the range of most amateurs, so most of Nikon’s full frame zoom lenses have been high-end offerings. The fact that we’re now seeing a very average VR zoom lens with a modest price (for a Nikkor) of $599 means that it probably won’t be long before we see a camera to match. Regardless, the lens features three ED glass elements, three aspherical elements, and should produce relatively smooth bokeh with it’s seven rounded aperture blades.