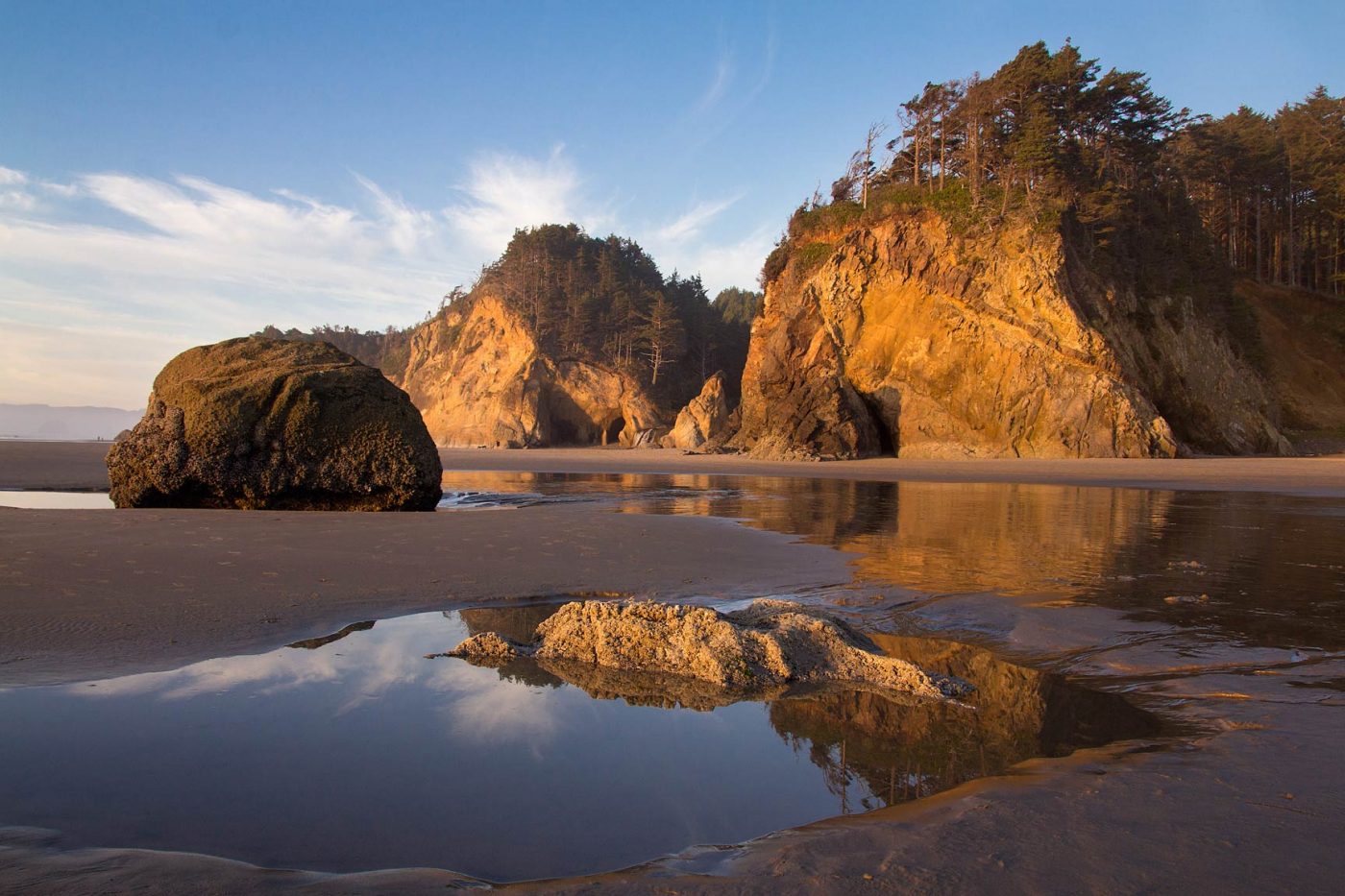 A Brief Excursion to the Oregon Coast

Towards the Oregon Coast

With what was likely to be the final warm, sunny weekend of the year approaching, I decided to take a quick trip down to the Oregon coast last Friday. Apparently, everyone else had the same idea. I left the southern edge of Seattle around 3:30 in the afternoon, and it took me nearly three hours to reach Olympia, 50 miles to the south. I had hoped to spend some time meandering along the southern Washington coast with the sun low in the sky, but by the time I first sighted the Pacific, the sun had already fallen behind the horizon. I stopped for a moment and took a couple of shots of the colors on some mud-flats at low tide, and pressed on to Seaside. 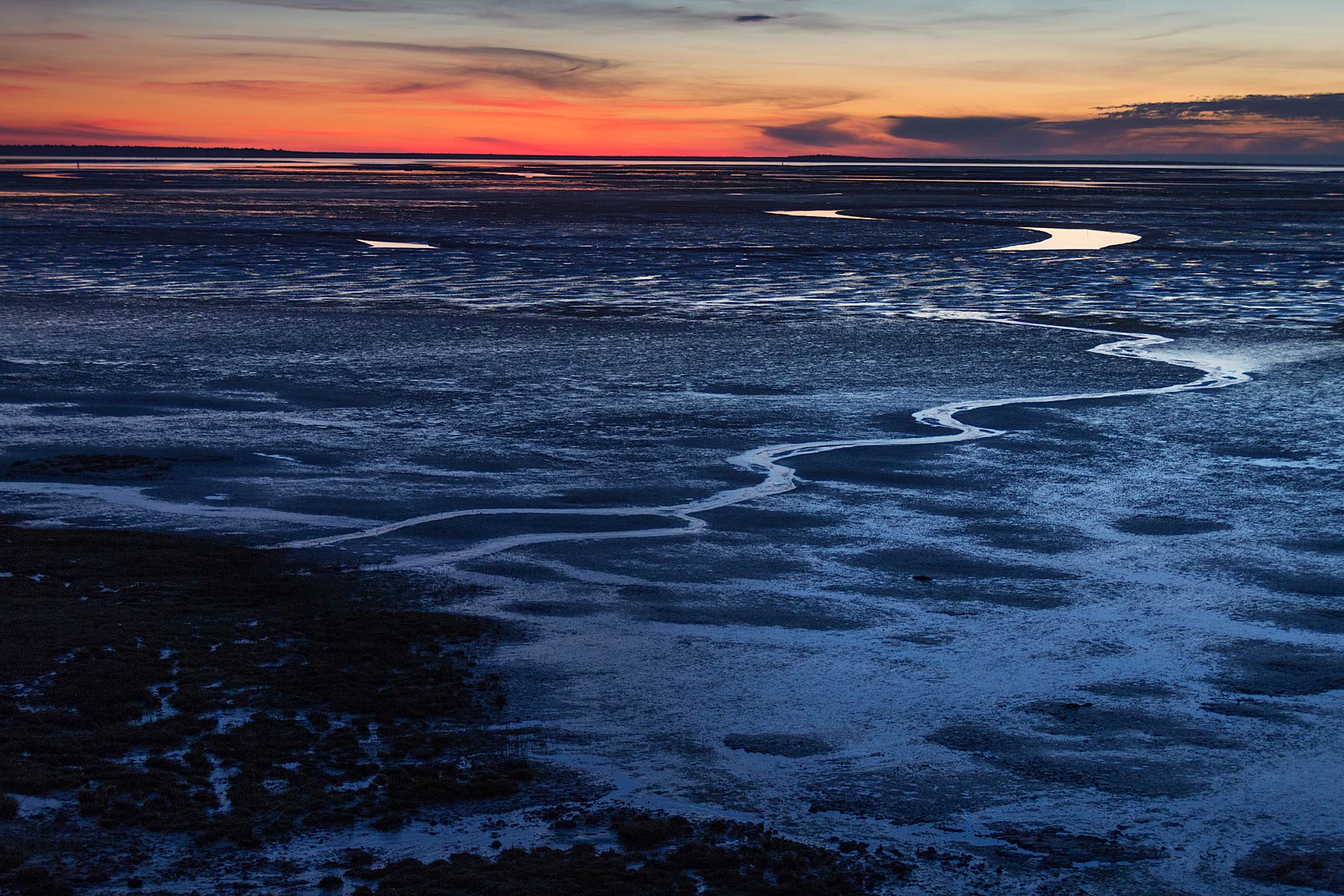 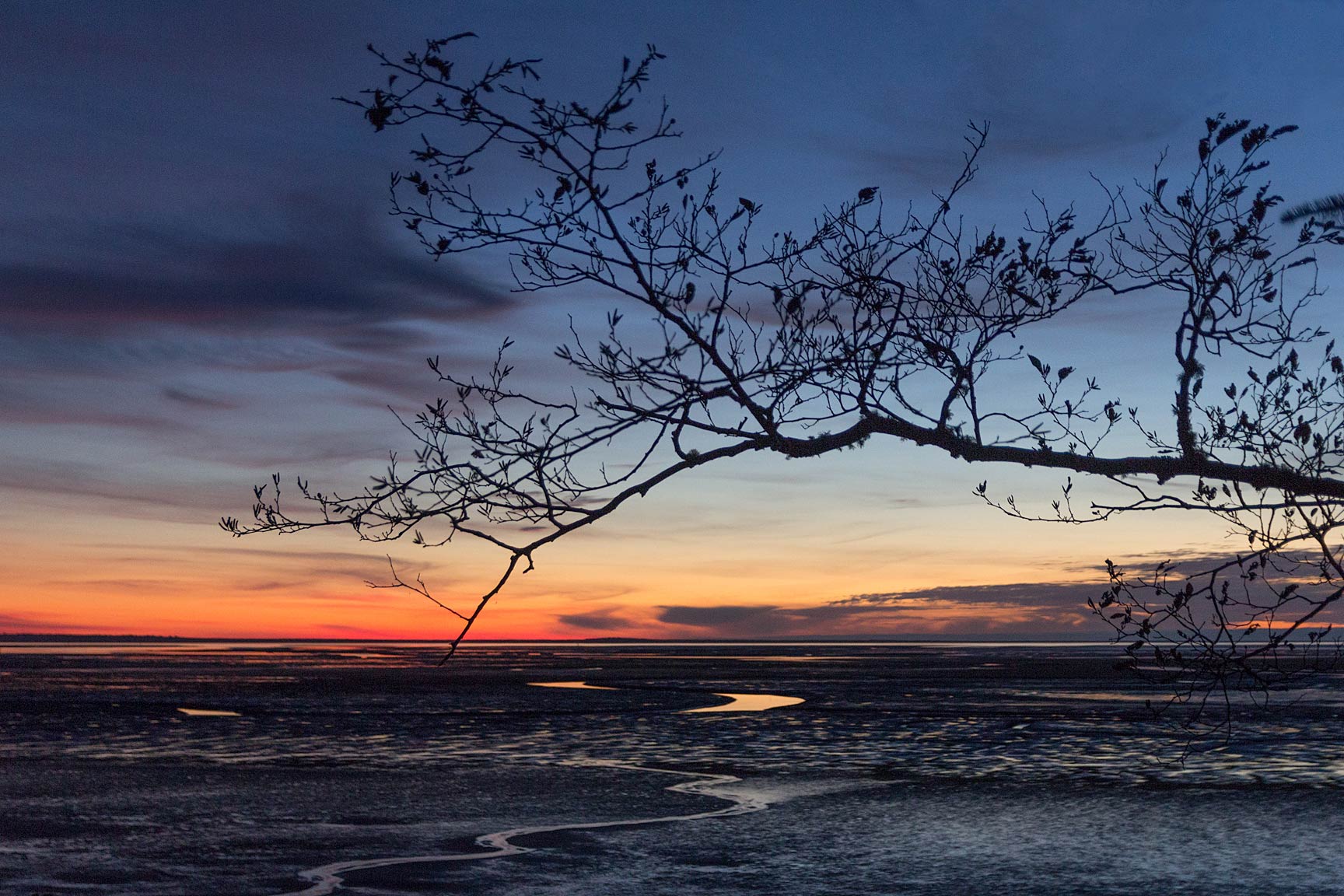 I spent much of Saturday enjoying the local Tilamook ice-cream and sun on Cannon Beach. Haystack Rock is always impressive, and I took a few shots of birds and waves in the rocks, but as the sun started getting low, I decided to move on to a less populated beach. 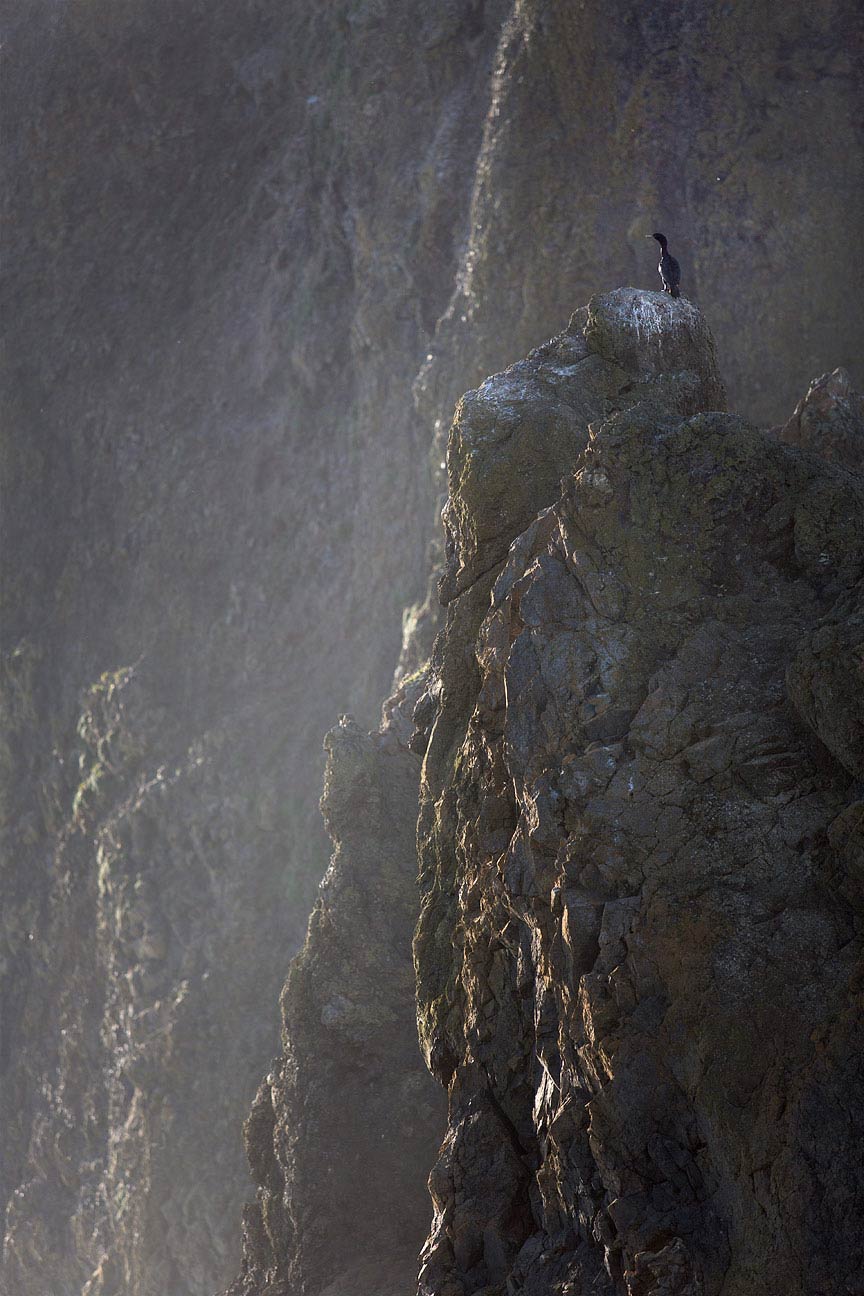 Hug Point is just a short drive south, but I’d never been there before… and now I’m sure that I’ll be visiting again. The yellow rock cliffs glowed in the evening light, and I found a pretty little waterfall settled in between them. As the sun set, the streams of water on the beach began to catch reflections and make interesting patterns. One rock, in particular, reminded me of a bison sleeping on the beach. 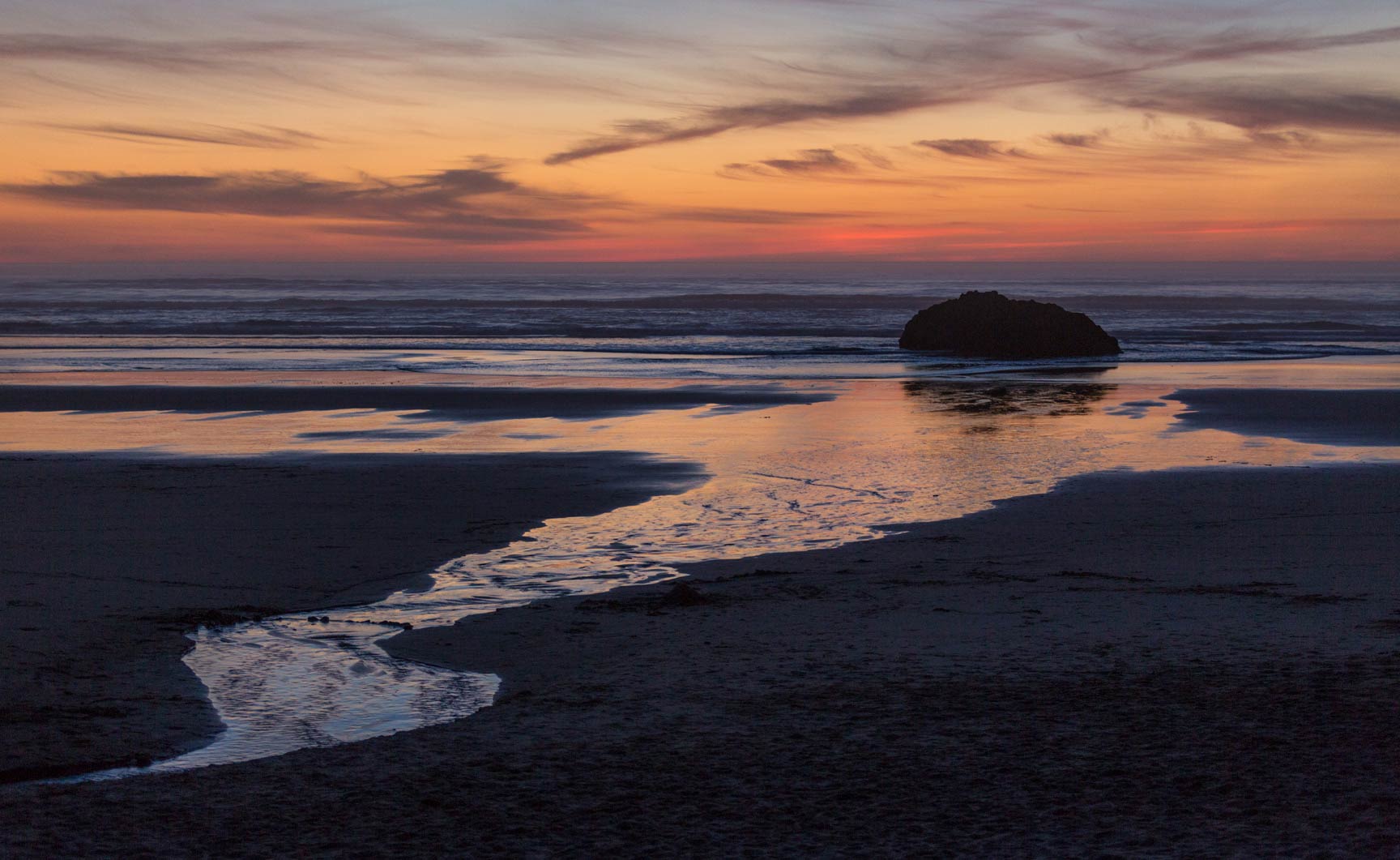 Sunday morning it was clear that the weather was changing. A strong wind was blowing steadily from the south, and the sand in the air made the beach an unpleasant place to linger. After lunch (and an ill-advised attempt at flying a kite), I headed back north towards WA. The bridge across the Columbia River from Astoria is impressively long… about 4 miles, in fact. I stopped on the WA side to take some pictures of the blanket of clouds over the choppy water, and converted them to black and white. 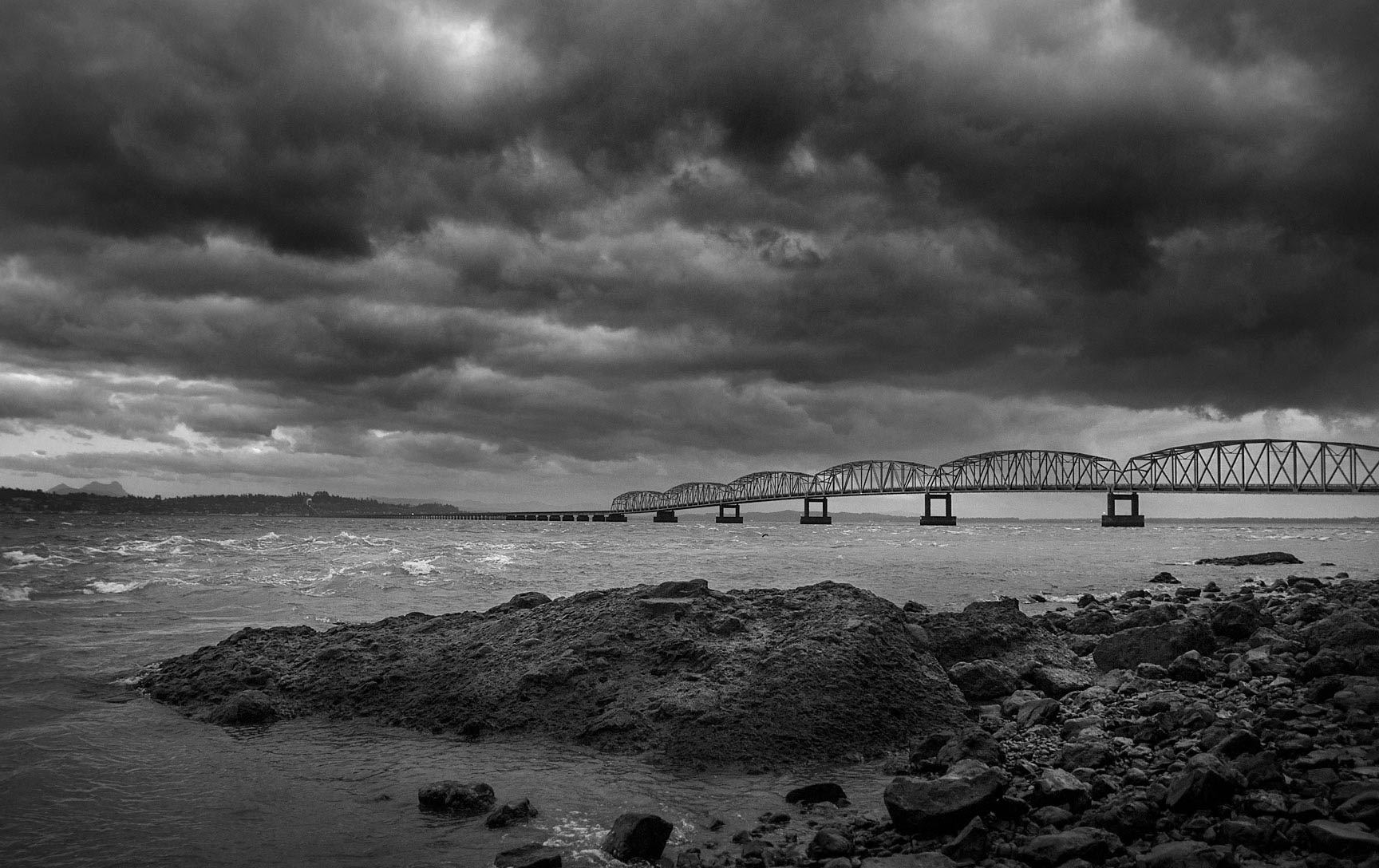 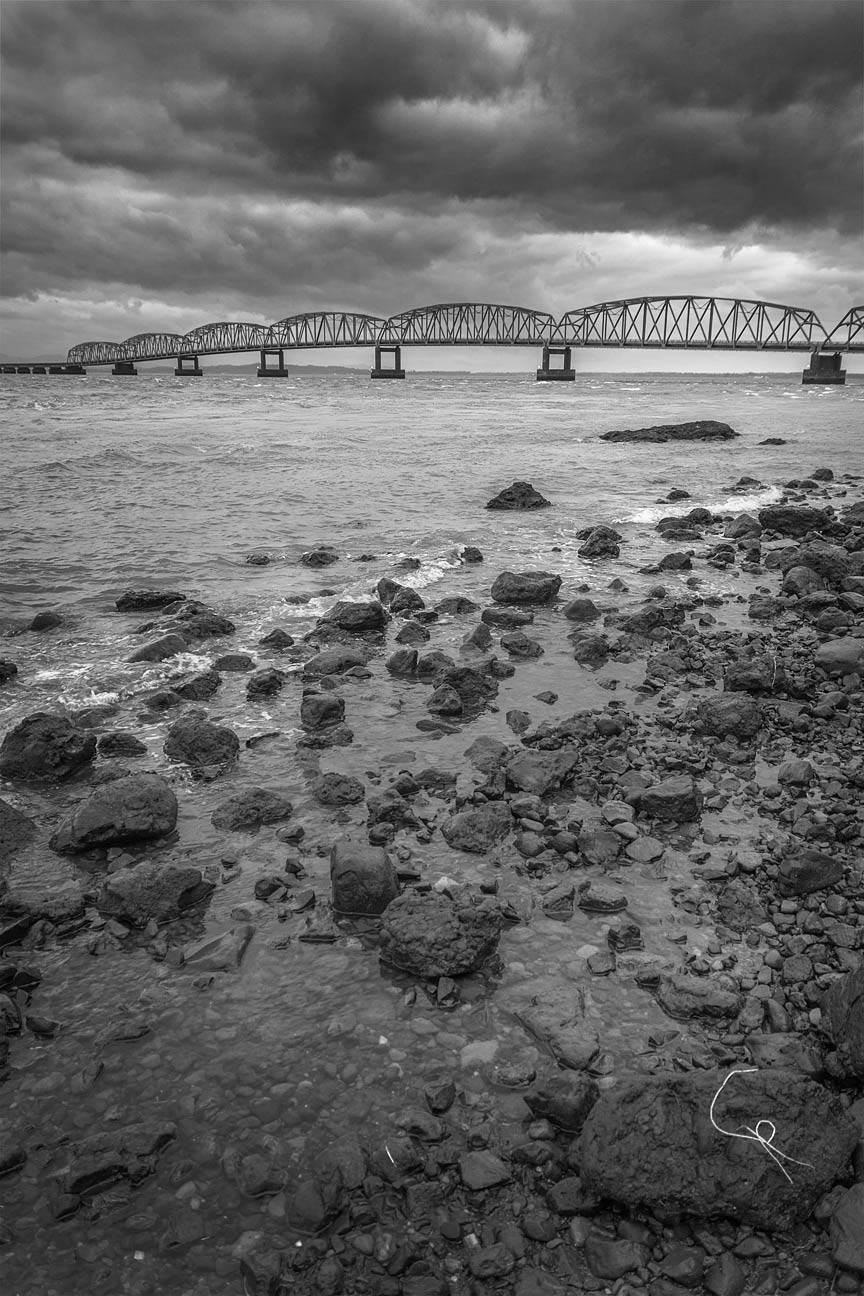