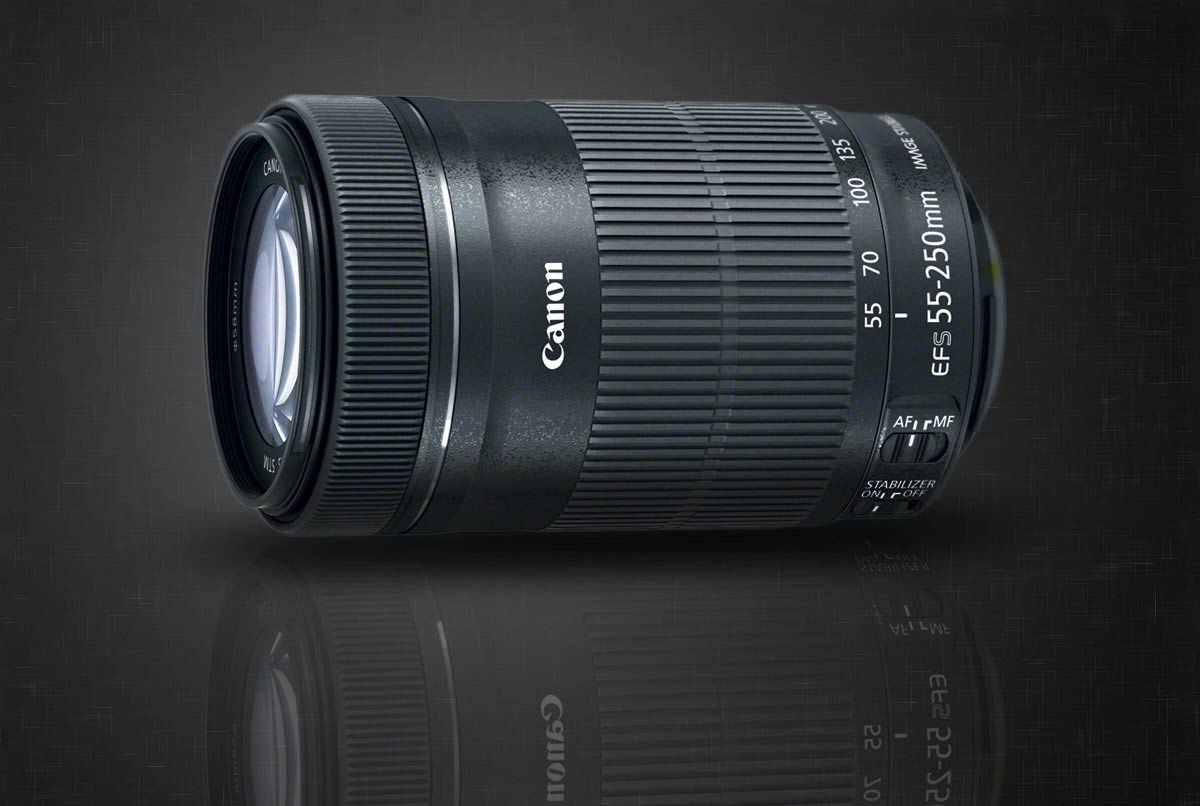 This evening, Canon USA announced the production of a new kit lens, the EF-S 55-250mm f/4-5.6 IS STM, which will replace the older, entry level EF-S 55-250mm IS telephoto zoom lens which utilizes a slower, louder micro-motor.

During the past year, Canon has been updating its lineup of entry-level lenses with improved optics and new, STM focusing motors. First we saw the excellent new 18-135 STM, which shows significant optical improvements over the older non-STM version. Then, last March, Canon announced the new 18-55mm STM lens along with the Rebel T5i SLR, though the optics were mostly unchanged.

Like the 18-55, Canon’s old 55-250 was already quite strong, optically, especially considering its price point. However, canon has made some changes to the optical design of the new 55-250, giving it a non-rotating front element and shorter minimum focusing distance. The optics also make use of Canon’s latest coatings for improved handling of chromatic aberrations, and the image stabilization system is purported to provide 3.5 stops worth of extra stability.