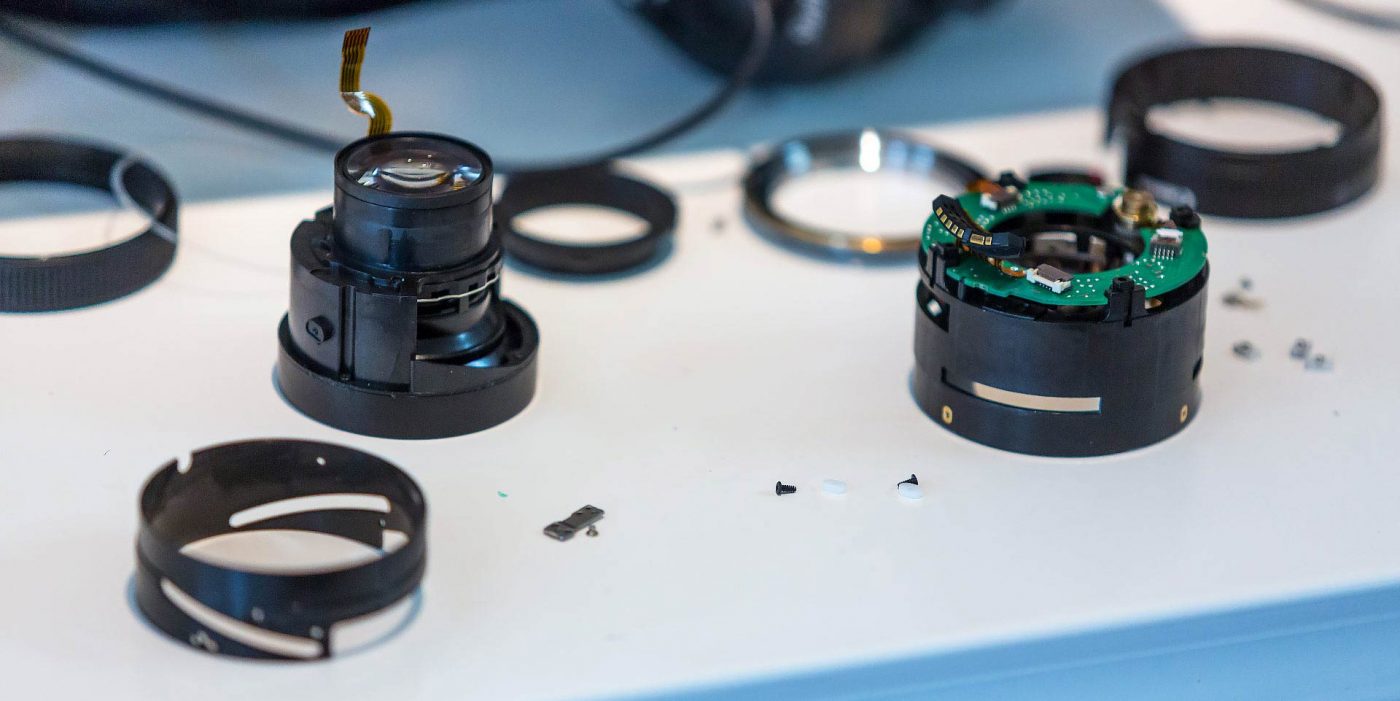 This is what my Canon 50mm f/1.4 looked like during the process. I wish that I'd taken the time to document the process myself, but I was keeping my attention on my work!
Computers & Tech
·3 min read

Fixing Your Canon 50mm f/1.4 : Easier Than You Might Think

In 1994, my Canon 50mm f/1.8 lens was stolen, and I replaced it with another one. Last year, in 2013, that lens finally died on me 1 In fact, the lens still works most of the time, but the aperture has become unreliable. Sometimes it sticks, and I can’t afford to use a lens that doesn’t work all the time . When new, I paid about $60 for the lens, so getting nearly 20 years of use out of it wasn’t a bad deal.

Compare that to the Canon 50mm f/1.4mm lens that I bought in May of 2013. It cost about $400 (compared to the f/1.8, which now costs about $120), and three weeks ago, I discovered that it had a focus problem and it could no longer be used. That’s disappointing. The lens would focus from infinity to about 5 feet, but if I tried to focus any closer than that, the focus would get stuck, and I wouldn’t be able to autofocus or manual focus any closer. With some jiggling and playing with the focus ring, I could get the focus back out beyond the 5 foot mark, and it would start to operate normally again at greater distances.

First I called my local camera repair shop in Seattle. They immediately recognized the problem, and told me over the phone how much it would cost to fix: about $180 for parts and labor. That’s not terrible, but it sounded like such a common problem, I did some research about it on the internet.

I found several resources that detailed the cause of the problem. It turns out that there’s a metal cylinder with a couple of diagonal slots inside of the lens that gets bent out of shape very easily when there’s pressure on the front of the lens (or it gets knocked against something). When this happens, people experience the same symptoms that I did: unreliable focus, or focus that will simply get stuck in the closer part of the focus range.

The previously mentioned resources also provided instructions on how to disassemble the lens and either repair or replace the damaged part. The best of them was the video that I posted above. Christofer Cederberg describes and displays each step of the process with enough detail to make it easy to follow, but at a good pace. With his video as a guide, I tore down my lens in less than 20 minutes. If you don’t already own them, a good set of micro-tip screwdrivers is necessary, and will cost about $10 online, or less.

My lens was not very badly damaged. Instead of replacing the damaged part, I gently pressed it against my granite counter-top a few times, as described in the video, and it slowly bent back into place. I believe that replacement parts can be found on Ebay pretty easily.

For me, the entire procedure took about an hour, and now the lens operates like new, as far as I can tell.

This problem can be avoided by simply using a rigid lens hood. On the Canon 50mm f/1.4, the lens hood mounts to the exterior body of the lens, not the inner barrel that moves to focus and contains the optics. Consequently, a lens hood will protect the inner barrel from any pressure that would cause damage, and of course, it will also protect your images from lens flare! Canon is remiss for not providing one with the lens, but they can be purchased on Amazon for hardly anything: the genuine Canon ES71II hood costs about $26, while cheaper versions cost about $4.

Although I know what kind of protection my lens needs now, my opinion of the Canon 50mm f/1.4 lens has dropped significantly as a result. I am sometimes rough on my equipment, but this lens has been compressed in the foam of a hard-shell Pellican case, and while I thought that I was protecting it, that may have been all the pressure that was needed to ruin the lens. When this lens goes, it’s very unlikely that I’ll buy another. Canon may follow in Nikon’s footsteps and start updating some of their common prime lenses (a refresh of the Canon 85mm f/1.8 is almost certainly coming in the near future), and with any luck, the a new 50mm f/1.4 will not be too far out either. In the meantime, Sigma’s 50mm f/1.4 an an expensive but remarkable alternative.