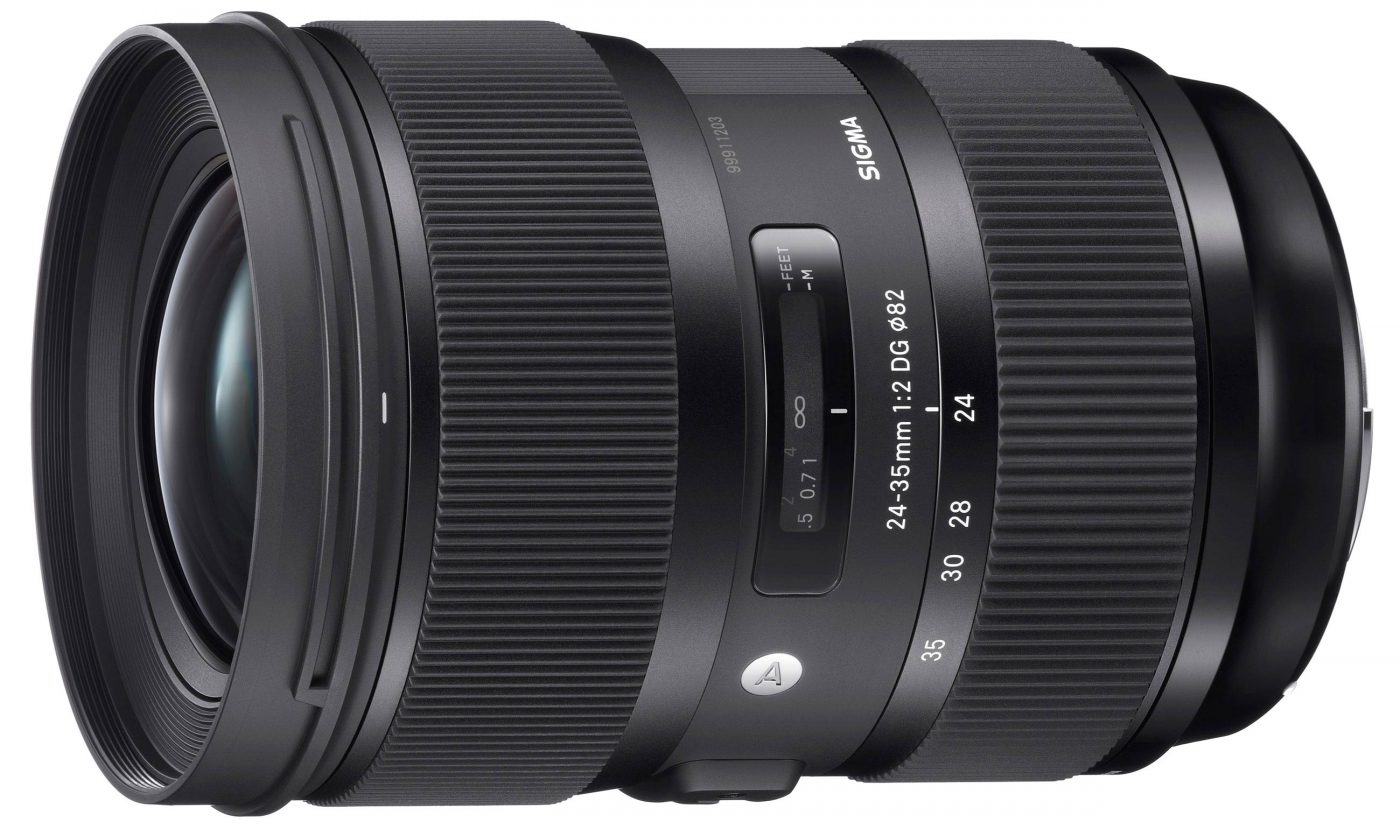 The SIGMA 24-35mm f/2 DG HSM ART Series lens, officially announced this evening, is now the largest aperture zoom lens in production for full-frame SLRs. Like the Sigma 18-35mm f/1.8 released last year for APS-C cameras, the new lens has an aperture range from wide open to f/16, a stop or two larger than most zoom lenses.

Despite the relatively modest zoom range, this large aperture lens requires a very complicated optical design, utilizing 18 elements in 13 groups. It contains an aspheric element, seven SLD elements, and at least one FLD element. The diaphragm is formed by nine rounded aperture blades for smooth bokeh, and it’s minimum focus distance is a mere 11 inches.

Like the other highly regarded “Art Series” lenses released over the past few years such as the 35mm f/1.4 and 50mm f/1.4, the 24-35mm f/2 zoom has a body that is made primarily out of Thermally Stable Composite (TSC)  rather than metal so that it remains lightweight and holds up in extreme conditions.

Currently, no price is available, but B&H Photo has listed the lens and claims that it will begin shipping at the end of July in Canon, Nikon, and Sigma mounts.