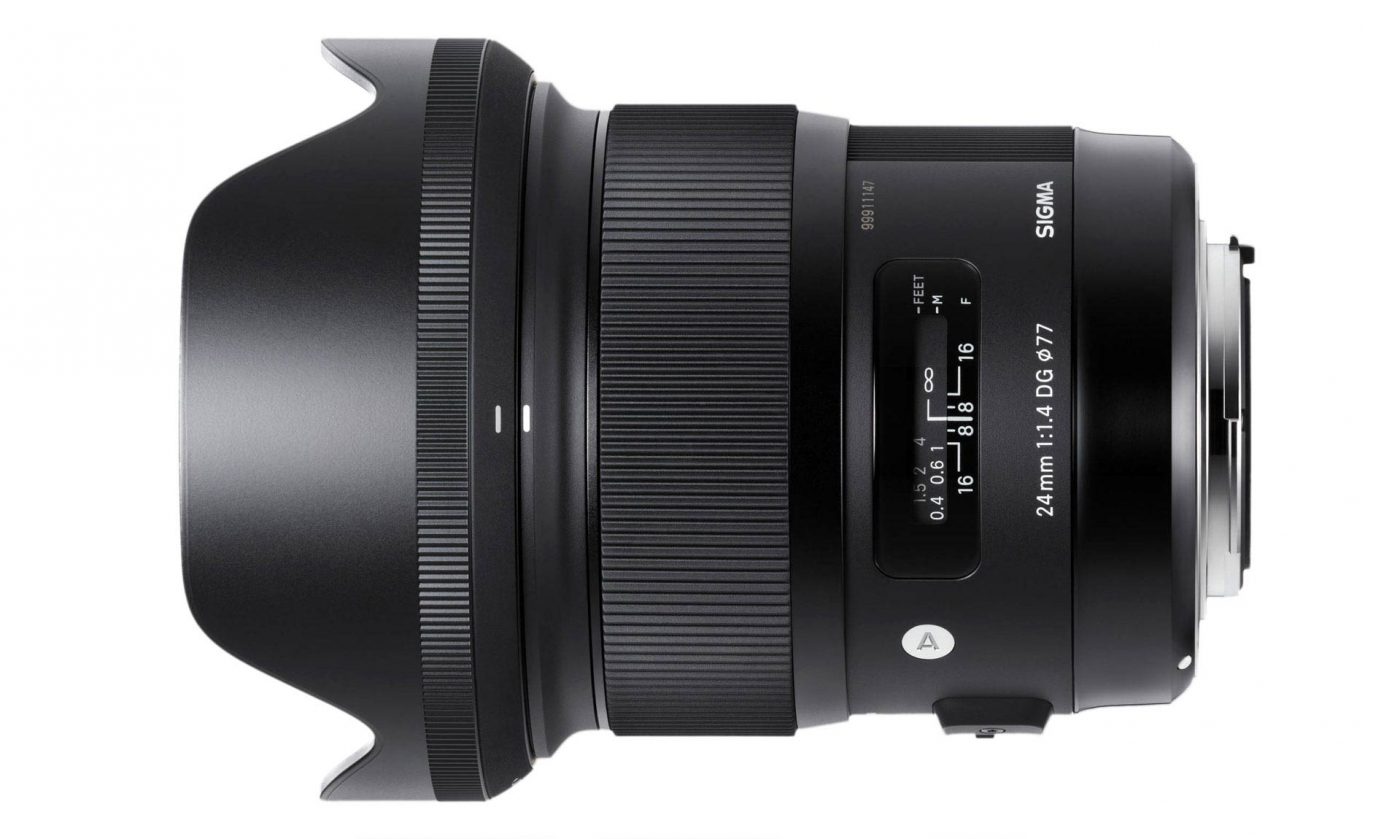 Adding to its list of first class “Art” series lenses, Sigma announced a new 24mm f/1.4 DG “Art” series lens this evening. Sigma’s “Art” series lenses have attracted a great deal of attention over the past two years with performance that frequently bests their Canon and Nikon counterparts at a significantly lower price, and innovative designs, such as the 18-35mm f/1.8, that have never been attempted before.

The 24mm f/1.4 DG “Art” series lens for full-frame sensors is utilizes a complex optical design of 15 elements in 11 groups, including Sigma’s FLD and SLD glass for top optical performance, and 9 rounded aperture blades for smooth bokeh. The lens focuses on subjects as close as 9.8 inches, allowing photographers to emphasize relatively small foreground details while capturing a full landscape. The large f/1.4 maximum aperture will be a boon to photographer working in the low light of dark event venues, or capturing the night sky.

Initially, the Sigma 24mm f/1.4 Art will be available in Canon, Nikon and Sigma mounts. Sigma has not, unfortunately, given us any hints about when we might expect the lenses to start shipping; they are not even available for pre-order from major dealers. I suspect that we’ll see prices that are in line with the Sigma 35mm f/1.4 “Art” series lens, which is currently $746.98, though it would not surprise me if it were $100-150 more.