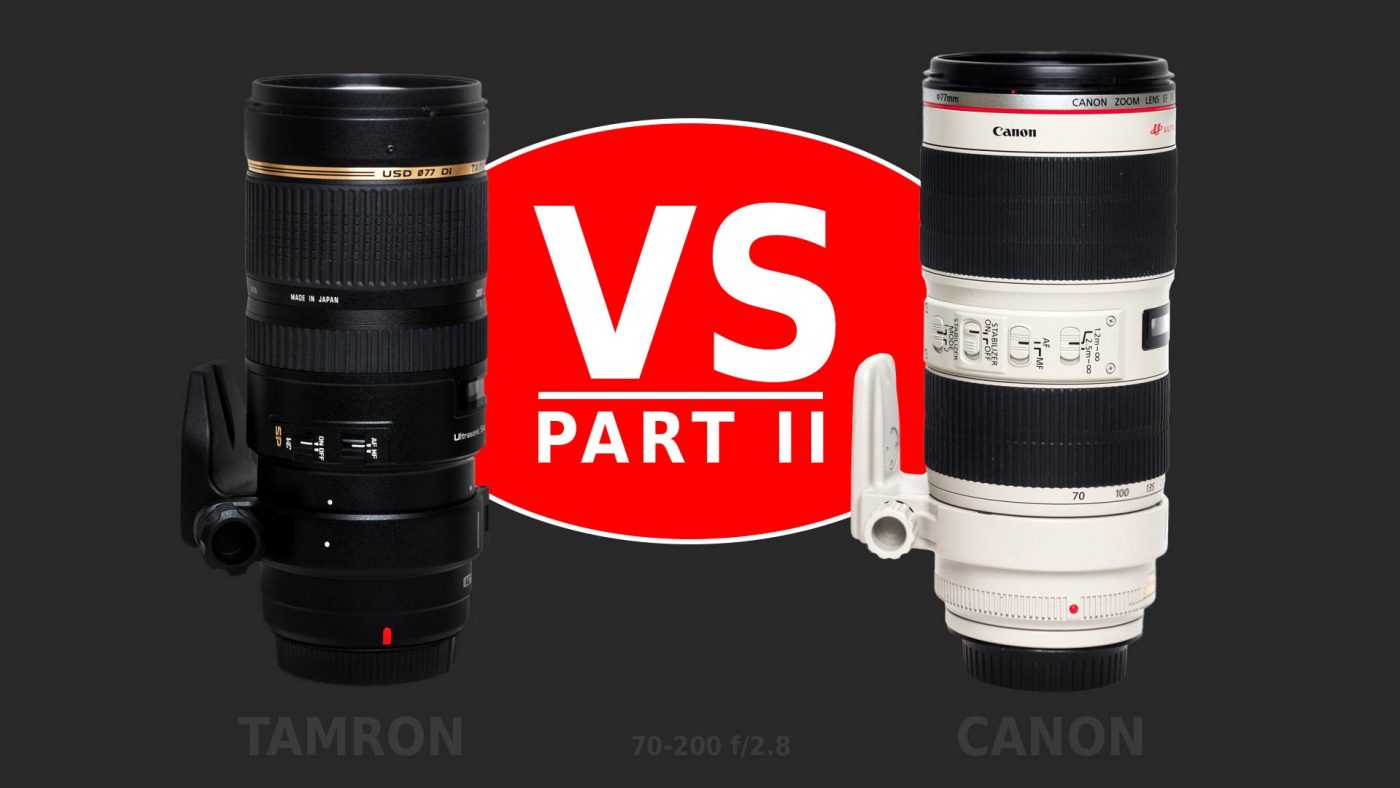 First, if you’ve found our videos and reviews helpful, please consider supporting further reviews! It won’t cost you anything, and it will help us. See the bottom of this article for details.

After running into resolution problems with the Canon 70-200 f/2.8L IS II lens in my first test, I re-tested using a different Canon lens. Unfortunately, I was not able to use the same Tamron SP 70-200 f/2.8 Di VC USD lens (it would have been ideal to only have one variable change in the second run through), but the results that I got were much more in line with what I expected the first time.

At the 200mm end of the zoom, the images were virtually identical in the center from the outset at f/2.8. In the upper right edge of the frame, the Tamron was slightly sharper at f/4 and f/5.6, but the difference was mostly gone by f/8.

Unfortunately, I noticed that even when the Tamron was sharper than the Canon in the upper right, the Canon was sharper in the lower left. Again, this indicates a problem with the lens sample being tested, but this time, it was the Tamron. I believe this to be a “centering” problem; one or more of the elements in the lens was out of alignment.

This was frustrating; I’d already attempted the test with two different Canon IS II lenses that were faulty, and running into a faulty Tamron was about the last straw. Overall, this Tamron didn’t look as sharp as the first one that I tested. However, comparing the Tamron’s images to my older non-IS Canon, the Tamron still looked pretty good, and I was reminded that the degree of difference in detail that I was looking at in each case was very minor.

In the end, I’ve had to conclude that the resolution characteristics of the two lenses are about the same; it’s more important to get a good sample of the lens that you choose than it is to choose a particular brand.

Testing the focus breathing was much more cut and dry, though it required some tedious work.

For a rough comparison, I began by shooting a few test images, comparing the field of view (apparent magnification) with the subjects at a few different distances, with both lenses zoomed to 200mm.  The results can be seen below.

With that done, I measured the actual focal length of the lenses at three distances:  7, 12, and 26 feet. The results can be seen below.

[Update] I originally stated that both lenses are about 200mm when focused at infinity. Upon further examination, I’ve found that the Tamron is minimally wider. Though I did not measure the exact focal length of either lens at infinity, I can measure the difference in field of view of the images, and the difference is approximately 1.6%. If we assume that the Canon is a true 200mm at infinity, which seems to be the case, then the Tamron would be 196.8mm. Again, this is a very minor difference.

To make the measurements, I used the method  described by “Vivek” at Stack Exchange/Photography1 http://photo.stackexchange.com/questions/13603/how-to-test-actual-focal-length . For the distance to subject, I measured from the lens mount to the subject, and added 44mm, which is the standard Canon flange focal distance (FFD), using a Bosch laser measuring device, which is accurate to 1mm. All measurements were made multiple times and averaged if there were any inconsistencies, though they were mostly stable. A measuring scale attached to the wall was used to determine the field of view for each lens from the center of the frame, which was found in Photoshop. I used Wolfram Alpha to calculate the actual geometry/trigonometry, and easycalculation.com to a lesser extent. 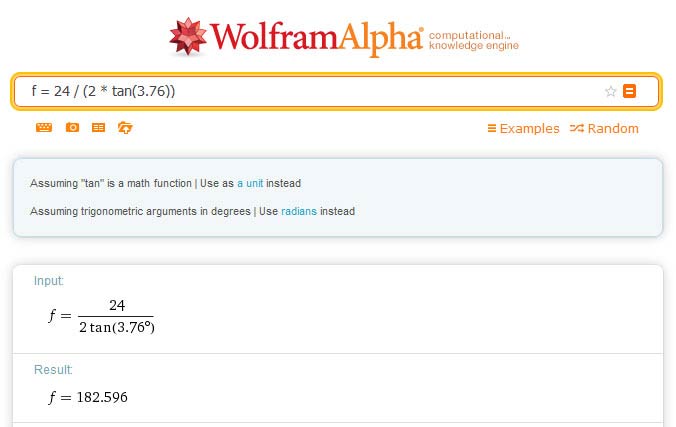 My findings conflicted with those provided by some other YouTube pundits who did not make actual measurements, but Matt Granger in particular. He rated Nikon as breathing the least, then Tamron, and then Canon the most2 His video can be seen here, and it is otherwise very worth watching. .

I found that the Canon breathes the least for most of its focal length, though it breathes more than the Tamron at the closest distances, less than 10 feet. If you consider the majority of the focal length to be the most important factor to judge on, then the Canon may be the better lens, but if you judge according to which lens jumps farthest away from 200mm at it’s most extreme variance, then the Tamron is the better lens, since it loses focal length at a fairly steady rate.

Either way, I can’t agree with Granger that the Canon has “by far” the most breathing, since it’s breathing is restricted to a pretty limited part of its focal range. On the other hand, the Nikon equivalent breathes down to 135mm3 Bob Atkins provides 135mm on this page, http://www.bobatkins.com/photography/technical/focus_breathing_focal_length_changes.html, as does Photozone.de, here: http://www.photozone.de/nikon_ff/511-nikkorafs7020028vr2ff?start=2 , SLRgear suggests 128mm, but I’m skeptical, and Thom Hogan gives us a calculated measurement of 134mm: http://www.bythom.com/nikkor-70-200-VR-II-lens.htm , and that drop-off is not limited to the nearest 10 feet of the focal distance; it remains heavy at 15-20 feet as well.

So, if I were ranking these lenses in terms of breathing, Nikon would be dead last, with the Tamron in the middle and Canon on top, unless you want to give the performance of the lenses at less than 2 meters much heavier weight, in which case the Tamron and Canon’s places might be switched.

Getting the Best Price, Support These Reviews!

If you’d like to support further lens reviews like these, please purchase your lens through one of the following links. These sites regularly offer the best prices on the internet and great customer service. It won’t cost you any extra, but it WILL help us make more videos / reviews like this one.

Amazon.com: Since Adorama also sells through Amazon, you know that if the vendor on Amazon isn’t them, you’re getting a better price. These are current prices:

Adorama: Great service, authorized dealers, and their prices are as good as B&H.

B&H Photo: I like B&H, but they don’t support us as well as the others. Buy there if you’d like: