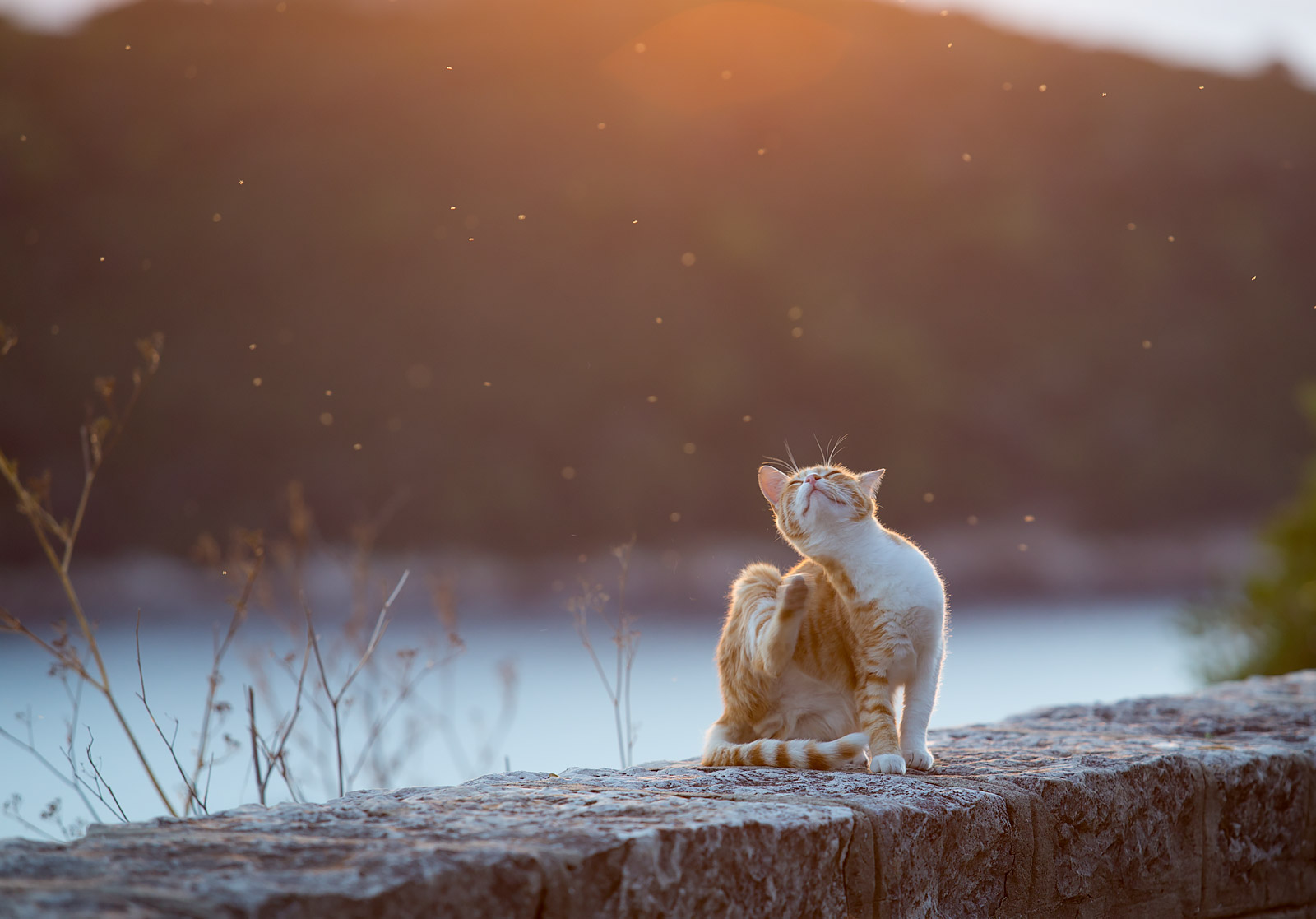 Part Two: The Cats of Dubrovnik

Cats. They’re everywhere in Dubrovnik. Kittens and grizzled old tomcats. Black, white, calico. They slip silently into the walled gardens and holes in the walls. They pose for tourists and beg for food. They walk the roof-lines and lie in the sunbeams.

Of course, cats are not unique to Dubrovnik, even in these numbers. I’ve seen the same thing in Rome… the ruins were decorated with cats. Cats seem to enjoy the Mediterranean climate, and who can blame them? 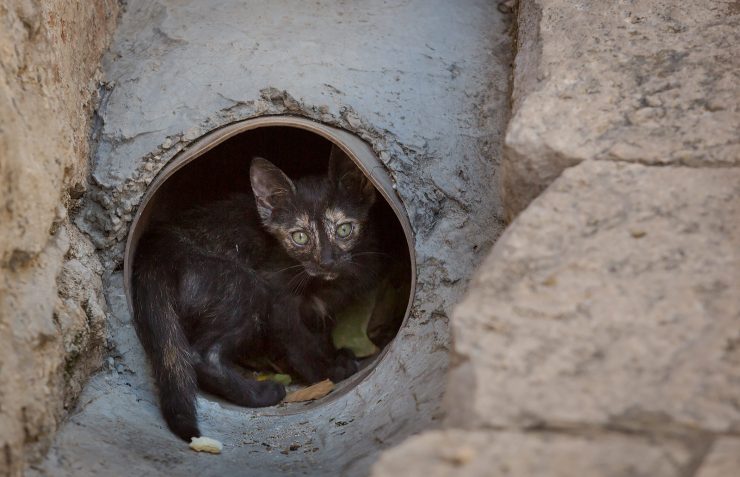 Many of the cats bear the obvious marks of strays: lean bodies, nicked ears, missing fur, or missing eyes. Yet the Croatian people seem to enjoy them… or at least tolerate them. Every evening, I see people setting out food for them: dishes of leftovers, usually, but sometimes cat food.

I didn’t set out to photograph the cats in Dubrovnik, Croatia, but they were impossible to avoid. I’d head out towards the city walls, and cats would be there. I’d head towards the harbor, and more cats. Sit down for dinner, and cats sidle up. When I started looking back at all of my photos of Dubrovnik for the month, I realized that I had nearly 1000 pictures of cats. 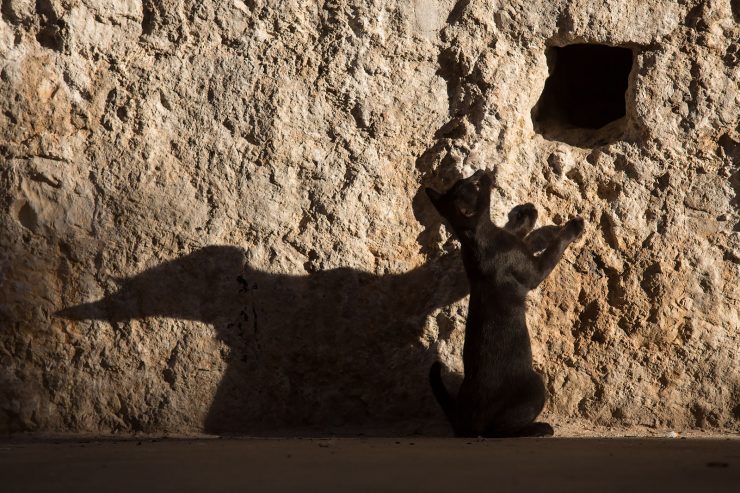 I was surprised to discover that many of the cats were so well camouflaged for life in the city. White cats blend in perfectly against the white limestone walls of the city, while black cats disappear in the dark shadows of the narrow alleys. Yellow and calico cats hide in plain view against the rough yellow stonework, the dappled shade of citrus trees, and the earth tones beyond the city walls.

There were far more cat photos than I could reasonably post in a single gallery, so I may end up adding to this gallery if I ever decide to look at my cat photos again. I briefly considered starting an Instagram account by posting daily Dubrovnik cats, but decided against it.

In a few days, I’ll get back to normal, posting photos from the north of Dubrovnik (probably my favorite photos from the region), and perhaps from Bosnia and Herzegovina. In the meantime, happy holidays!