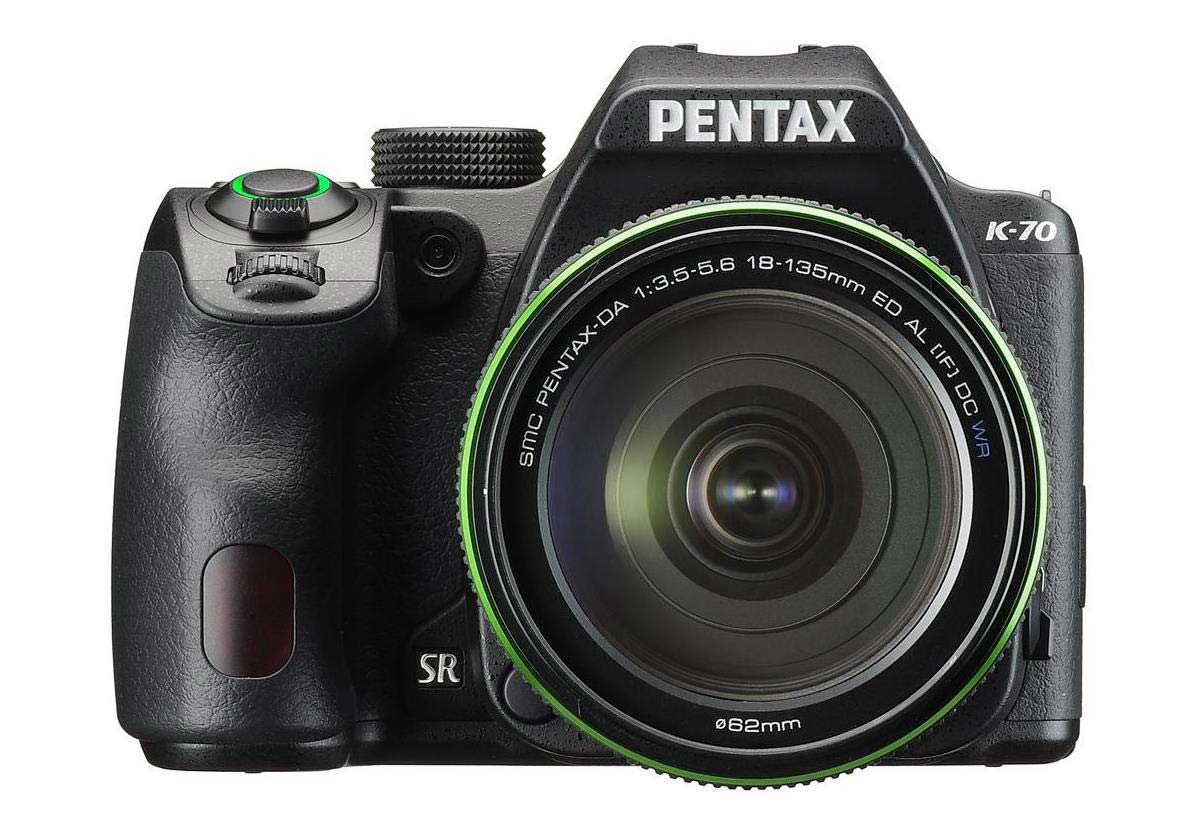 Yesterday, Ricoh/Pentax announced an impressive new compact DSLR, the Pentax K-70, with features that compare very favorably with the Nikon D5500 and Canon T6i, and at a reasonable price. We’ve mostly ignored Pentax cameras on this website, in part because of their limited popularity, but also because their early digital cameras struck me as pretty mediocre. The K-70, following up on the superb K-1, has made me reconsider.

The electronics in the camera match or beat just about anything out there in the price range: the sensor is an 24 megapixel CMOS without an anti-aliasing filter and a top native ISO of 102400, expandable to 204800. That’s a full two stops better than the Nikon D5500 and D7200, which have a top native ISO of 25600. Like the K-1, the K-70 also has pixel-shift technology in the sensor module, which combines sensor data from two rapid exposures (the sensor shifted by a pixel between them) to create an image with lower noise and higher detail (especially useful when shooting static subjects). The sensor includes hybrid phase-detection AF points on the sensor to allow fast, accurate focusing in live-view mode or for video shooting, like the Canon T6i. Unlike Canon and Nikon, however, the Pentax K-70 has built-in image stabilization equivalent to about 4.5 stops of shutter speed, regardless of what lens is used.

Just as importantly for many photographers, the camera body is ruggedly built and includes serious weather sealing. Unlike Canon and Nikon, many of the Pentax’s lenses are also weather sealed (including the kit lens), so photographers can carry their camera equipment along out on the trail or at rainy events and not worry about it.

Expect full details and comparisons to Nikon and Canon cameras in the near future.

With all of these features,  prices of only $647 for the body or $887 with an 18-135mm lens are very welcome. The body will be available in black or silver when it becomes available later this summer; no release date has been announced, yet.

However, the camera can be pre-ordered at B&H Photo and at Adorama Photo. They’ll charge you when the camera ships.