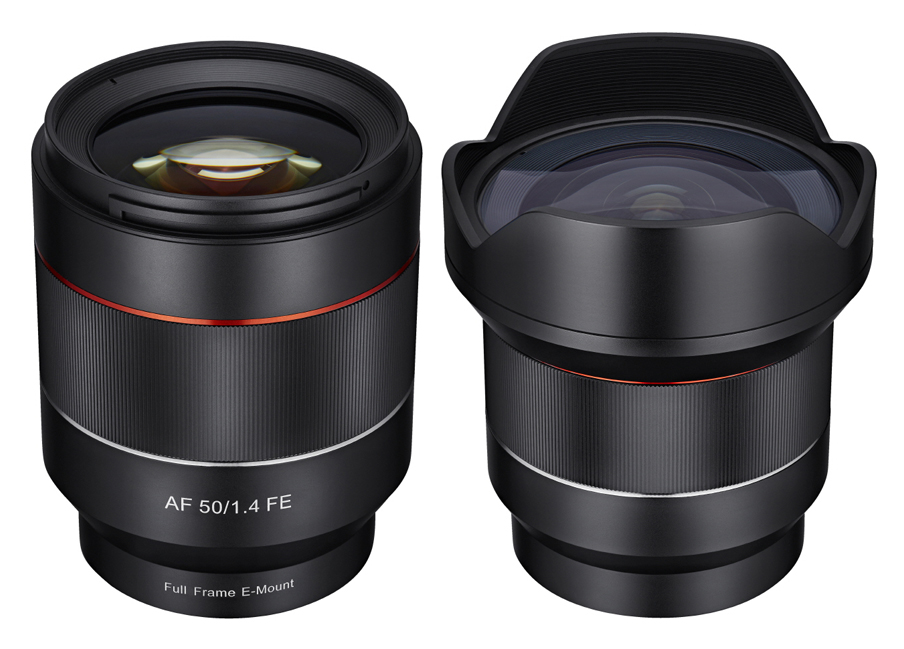 This morning, Samyang Optics has announced the production of their first pair of autofocus lenses, a 14mm f/2.8 and a 50mm f/1.4, both for Sony full-frame E-mount. Samyang (also marketed under the brand names “Rokinon” and “Bower”) has long been known as a manufacturer of manual focus lenses for the major camera brands. Although they’re well regarded for their quality at low prices, manual focus lenses simply don’t have much mass market appeal.

Few details about the lenses are currently available from the official press release; no information has been provided regarding the optical construction, size, weight, or glass types used. However, it appears that the filter size is 67mm, meaning that the lenses are moderately compact (compared to the Sigma 50mm f/1.4, for example).

Both lenses are expected to ship in July, though pricing has not been announced yet. The lenses will be displayed at the Photo & Imaging 2016 Expo in Seoul, Korea, beginning tomorrow, so more details should become available soon.