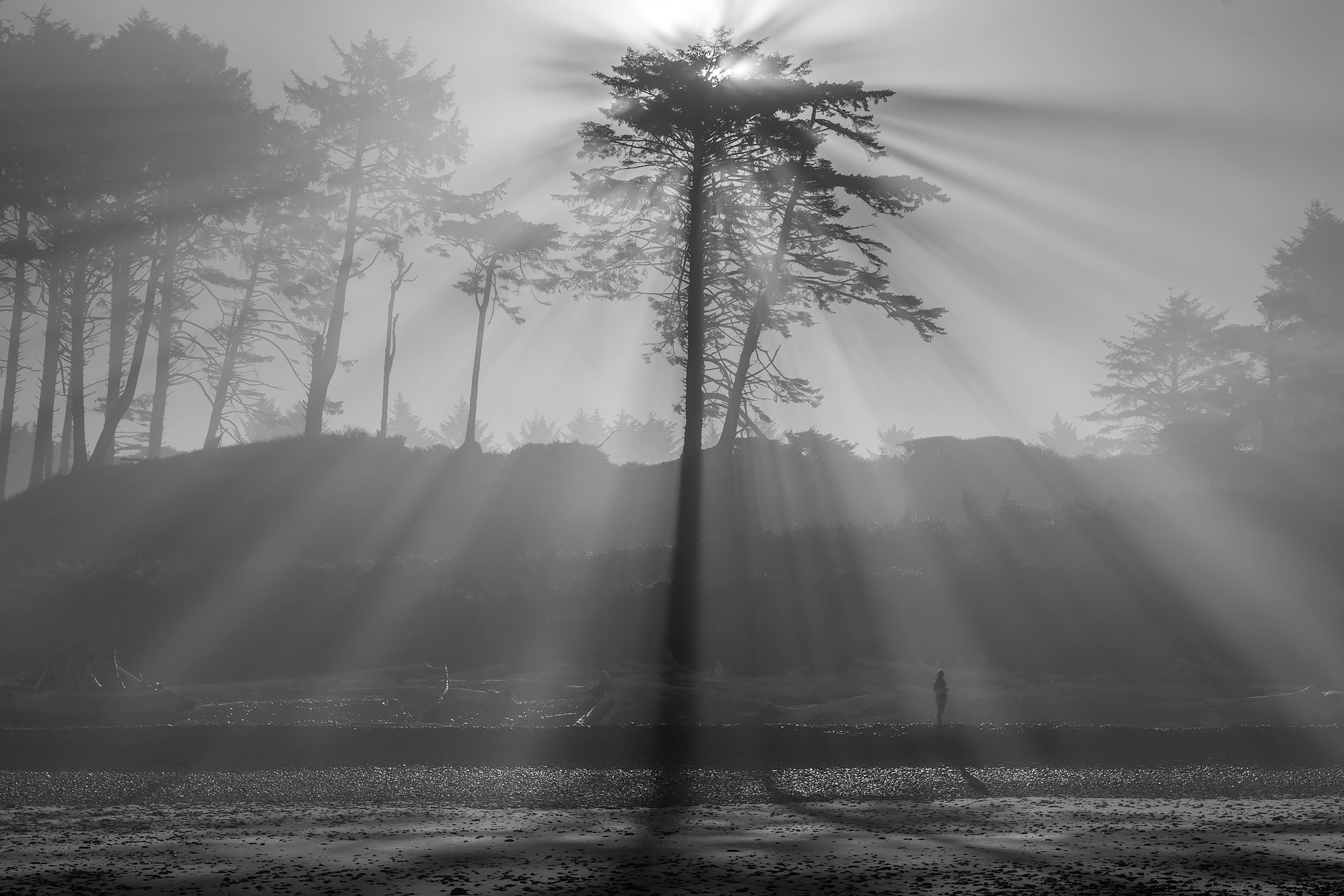 A Week of Mist and Haze: Kalaloch and Flathead Lake

Summer in the Pacific Northwest is unpredictable. Sometimes, summer weather doesn’t show its face at all until mid July, while other years spring will bring glorious days of temperate perfection and they’ll be interspersed with overcast days with milky sunlight all summer long. But for the first time this year, we had hot, sunny summer weather and no rain from June through August, and consequently, the region was plagued with forest fires.

In mid-July, I headed out to the Washington coast to camp and get some respite from the city heat. On my first morning walk along the south Kalaloch beach, I was startled by the beauty of the sun beaming through the coastal trees and mist, reflecting in the tide pools. I had left my tent without my camera and started shooting with my phone, but then ran back to camp and grabbed my Canon and 24-70 f/4L IS. I was happy with both sets of photos.

The next morning, I awoke to a plume of smoke down the beach. A brush fire had started in the dry undergrowth near some houses, but by the time I had walked down the waterline to the area, local emergency crews were hosing the remaining hot-spots down. They called down to me on the beach, asking if I could see anything that they had missed, but I couldn’t see much through the lingering smoke.

Later in the day, I went up to Ruby Beach with my good friend Matt and his wife and girls, and the sea stacks looming in the morning mist created a wonderfully mysterious atmosphere, with the giant rocks appearing like lurking giants before being washed away by fresh clouds of fog. The girls wandered between them, as did a coyote that was out for a stroll on the beach.

The next week, I headed to Flathead Lake and Missoula, Montana to visit some friends and my childhood home. Forest fires are part of the summer environment in Montana, but I had never seen such thick smoke in the area before. Heading into Missoula, the smoke was so thick that roadside details were faded, and hills less than a mile behind them were virtually invisible.

As I drove home, finally, in early August, the smoke from the forest fires had pushed all the way out to the coast, which makes for brown skies during the day but pretty evening skies.

After returning to Seattle, I thought that my days in the smoke would be over, but in the first weeks of September, I woke up one morning and found a dusting of snow on the ground. Except that it wasn’t snow, of course… it was ash. Fires in Oregon and Washington, British Columbia and Montana were all contributing to the thick brown atmosphere that had poured into the city. I mostly stayed inside to avoid breathing the stuff for a couple of days, but did take a brief excursion to Alki to see how the view to downtown would be affected.