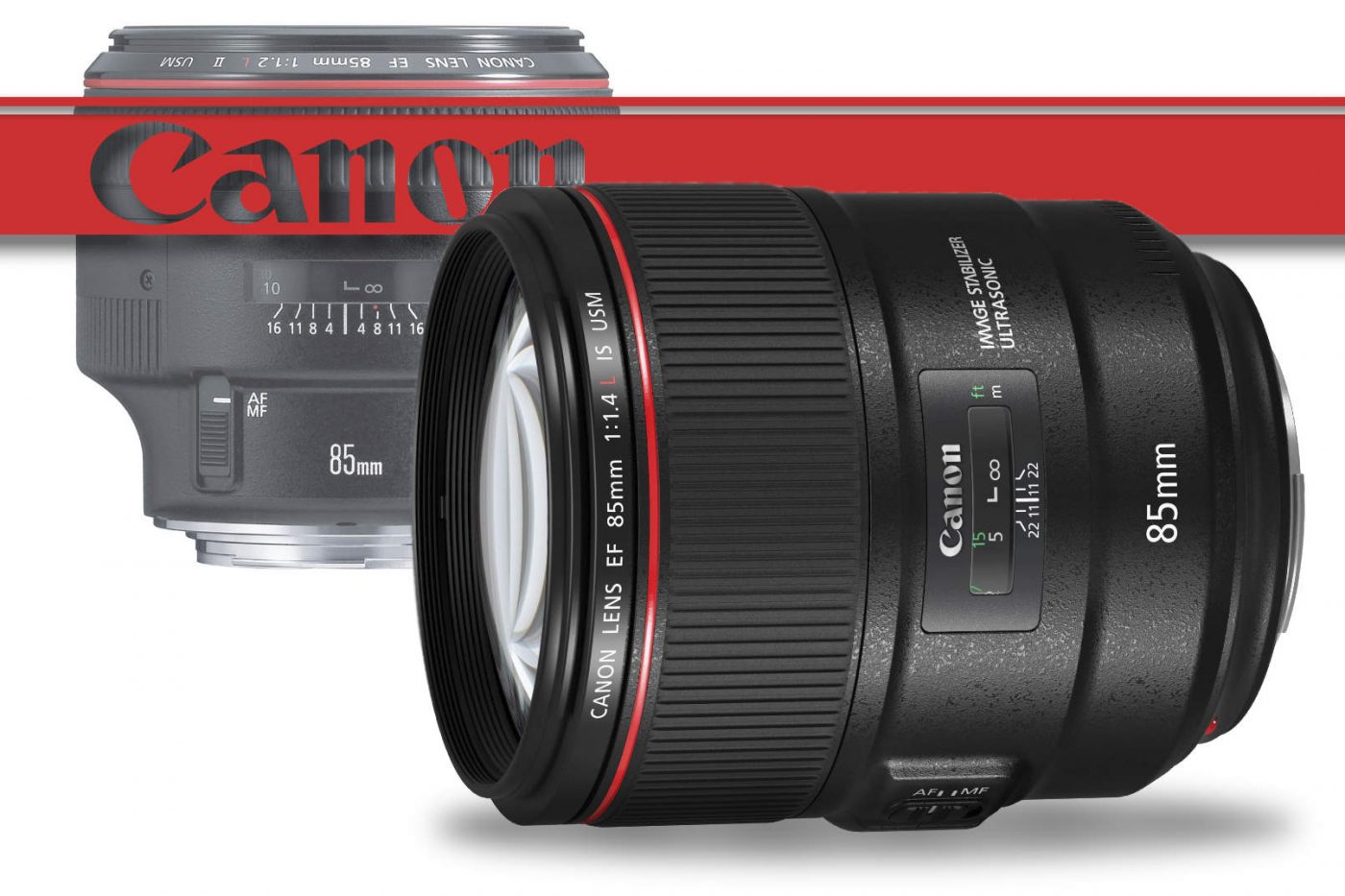 Canon’s 85mm f/1.2 has been a popular lens with portrait photographers for years, but an f/1.4 has been conspicuously missing from the lineup until today. This morning, Canon officially announced the EF 85mm f/1.4L IS USM, boasting excellent skin-tone reproduction, high resolution, fast and silent focusing, four stops of image stabilization, and creamy smooth bokeh in a (weather sealed) smaller, lighter package than the f/1.2. Since Sigma’s popular 85mm f/1.4 ART series lens has been recognized as one of the two sharpest lenses made (its manual-focus Zeiss counterpart is sometimes considered sharper), Canon’s stabilization may tip the scale in it’s favor if its resolution is in the same ballpark. The Sigma costs about $1200, while the new Canon will cost about $1600.

Along with the new 85mm lens are three tilt-shifts, the Canon TS-E 50mm f/2.8L Macro, Canon TS-E 90mm f/2.8L Macro, and Canon TS-E 135mm f/4L Macro. Primarily popular among architectural and commercial photographers, tilt-shift lenses have also become popular with landscape and some portrait photographers. These lenses are Canon’s first Macro models, each capable of reproducing their subjects at 1:2 magnification (ie, the projection of the sensor is half the size of the object itself).

The Canon 85mm f/1.4 should be available just in time for Black Friday shopping in November, as should all three of the Macro TS-E lenses, according to the Canon USA press release. As mentioned above, the 85mm lens has an MSRP of $1599, and it’s currently available for pre-order from B&H. Don’t want to wait? The legendary bokeh of the Canon 85mm f/1.2L is still available for only $300 more.

All three of the tilt-shift lenses will cost $2199, each.