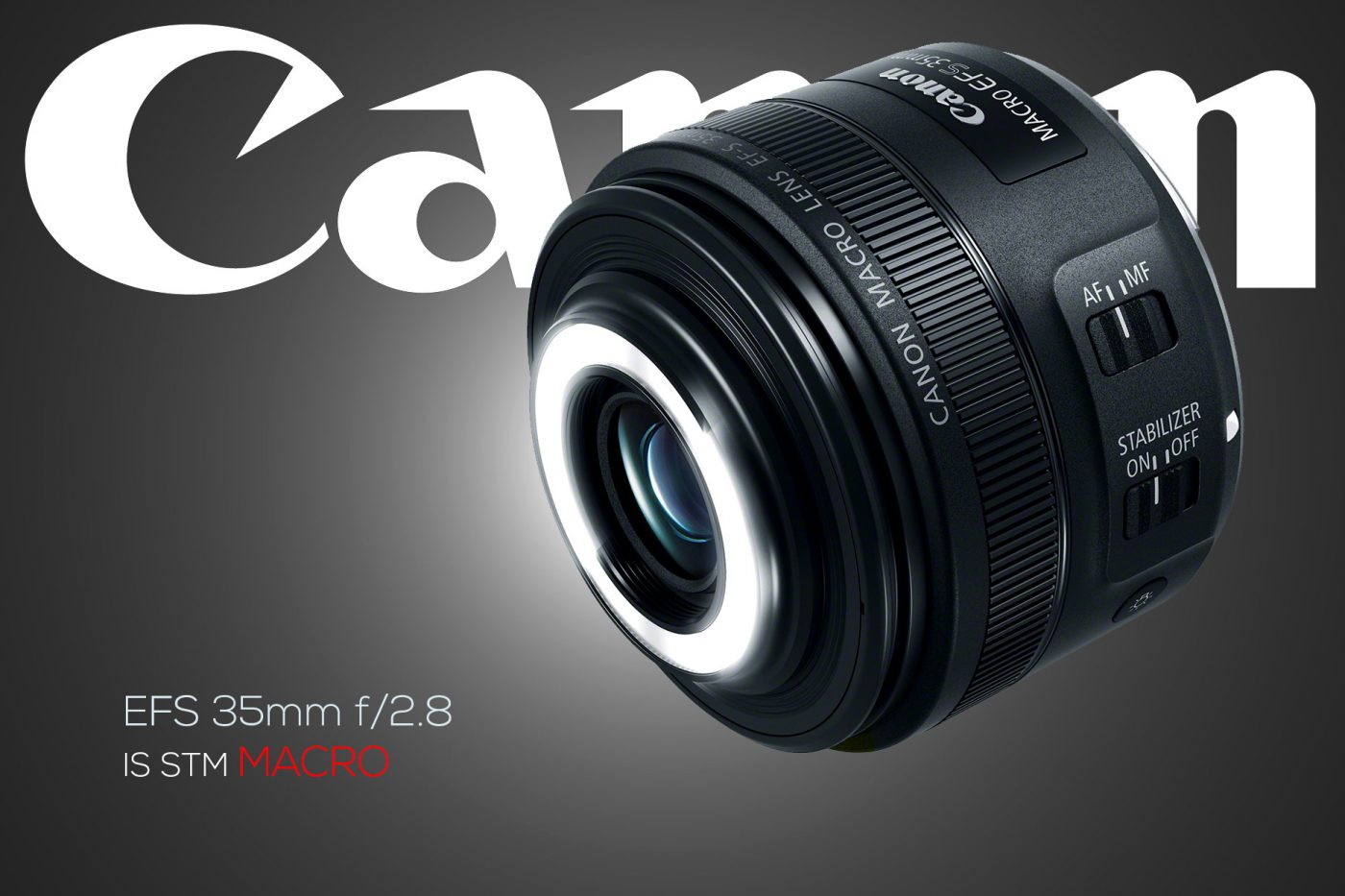 An unusual new offering from Canon was announced today: the Canon EF-S 35mm f/2.8 IS STM Macro lens. Like all EF-S lenses, this model is designed specifically for cameras with APS-C sized sensors, where its field of view is equivalent to a 56mm lens on a full 35mm frame. A first of its kind in EF-S lenses, Canon has built LED lights into the end of the lens, which they’re calling “Macro Lites”. For nearby subjects, these lights can be used together or adjusted individually to cast shadows.

Wide angle, true 1:1 macro lenses are not common, as the working distance between the subject and lens is so short. However, back in the 1990s, Canon did manufacture a very popular 50mm f/2.5 Macro lens, and since this lens is for APS-C cameras, it is roughly equivalent. To achieve 1:1 magnification1 1:1 magnification means that the size of the item being photographed would be the exact same size as the image projected on the sensor of the camera , you must be very close to your subject: 3cm to be precise. That’s just over an inch.

Canon already offers an excellent 60mm f/2.8 Macro lens for APS-C, so new buyers will have to decide between the two. What are the advantages of the 35mm lens? First, of course, are its Macro Lites, though LED ring-lights are inexpensive these days. Just as importantly, it’s stabilized (4 stops), making it much easier to hand-hold macro and near-macro shots. It will offer a wider field of view, allowing photographers to pull in more background to their macro shots. Finally, it’s an STM lens rather than a micro-USM, so it should be quiet and fast, and optimized for shooting video (though the USM is not bad on that count, either).

Canon expects the new 35mm lens to begin shipping in June for the MSRP of $349.99. Even B&H is not taking pre-orders yet, though the lens has been listed with additional details, but no price. Adorama has it listed at $349.00.

[Correction: This article has been updated to specify that this is the first EF-S lens featuring Macro Lites. I previously implied that this was Canon’s first lens featuring the Lites, but they exist in a 28mm EF-M lens as well. ]