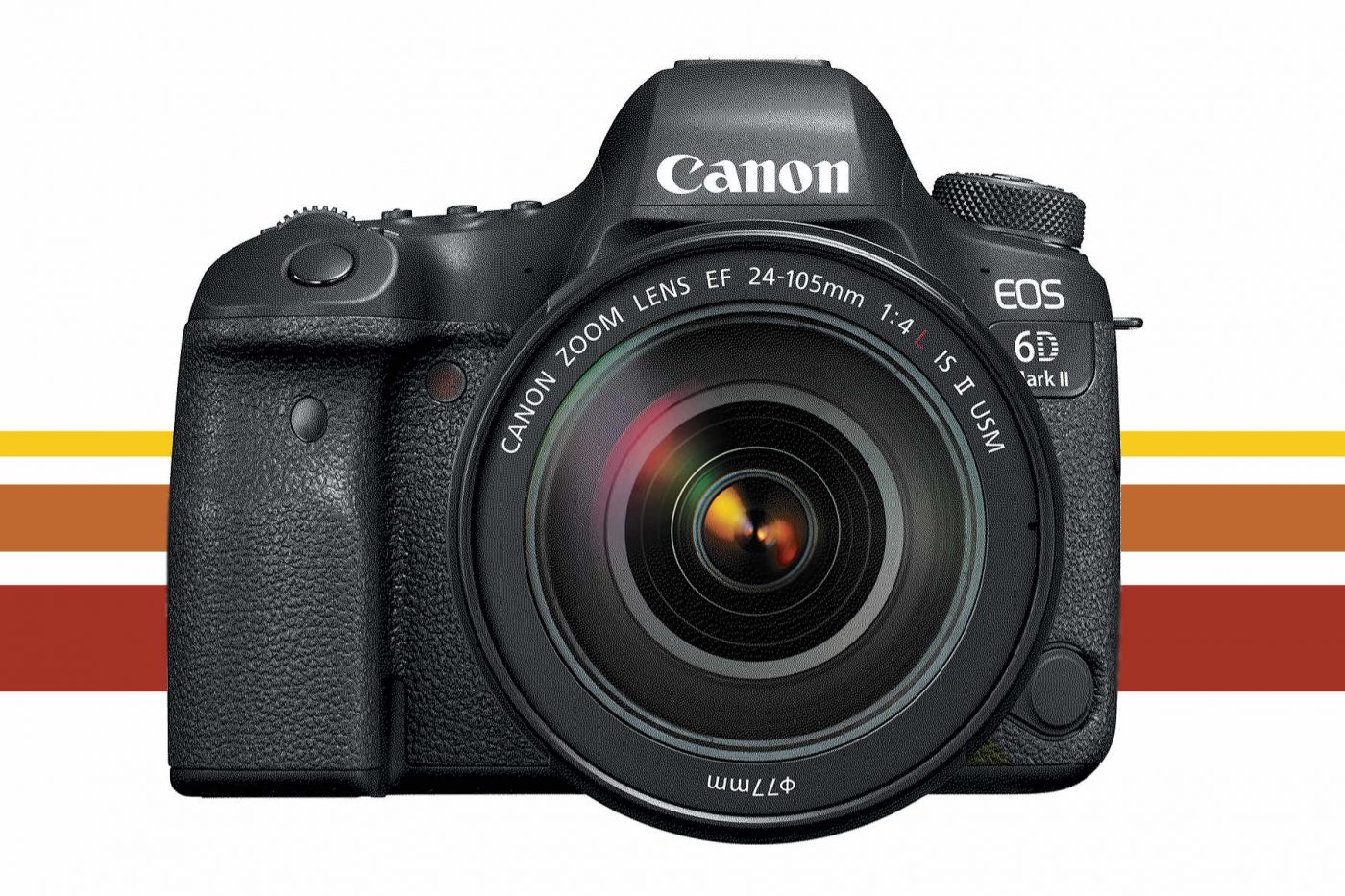 This morning, Canon officially announced the follow-up to their entry-level DSLR: the 6D Mark II. The original 6D was announced in 2012, but beyond the new 26 megapixel sensor, Canon hasn’t used the last five years to innovate for the Mark II. Instead, it seems that the company’s engineers have used the update as a chance to cobble together spare parts from earlier models to produce something new-ish and good-ish, with potential for a strong profit margin.

Among the Canon 6D II’s main selling points is the addition of a 3-inch, 1.04 million pixel swiveling touch-screen, which may be novel in Canon’s full-frame lineup, but which appeared in the Rebel T4i in 2012 (and all of the Rebel and x0D cameras ever since).  The upgraded autofocus system now has 45 cross-type points, a major improvement over the 6D’s 11 points, but just like the autofocus system already found in the Canon 80D, 77D, and Rebel T7i. We also get the Canon 7D Mark II’s anti-flicker system (2014), and the dual-pixel CMOS auto-focus for video/live-view from the Canon 70D (2013).

So, the Canon 6D Mark II might not be innovative, but it has at least collected the vast majority of features that Canon has introduced since the release of the original 6D. For most amateur photographers who are satisfied with the features of a Rebel-series camera but want the low-light performance of a larger sensor, the 6D will be great. It should also find a place in the camera bags of pros who want a backup camera with good image quality and low price tag, and travel photographers and backpackers who have weight restrictions to consider.

All in all, the 6D Mark II would offer strong competition against a professional model from 5 years ago, like the 5D Mark III, and that’s not too shabby.

Canon also announced a new compact-body APS-C DSLR, the EOS Rebel SL2. A remarkably capable camera, the SL2 gives photographers most of the important features of the T7i in a smaller body, including a 24 megapixel dual-pixel AF CMOS sensor. The biggest drawback of the SL2 is its 9-point AF system.