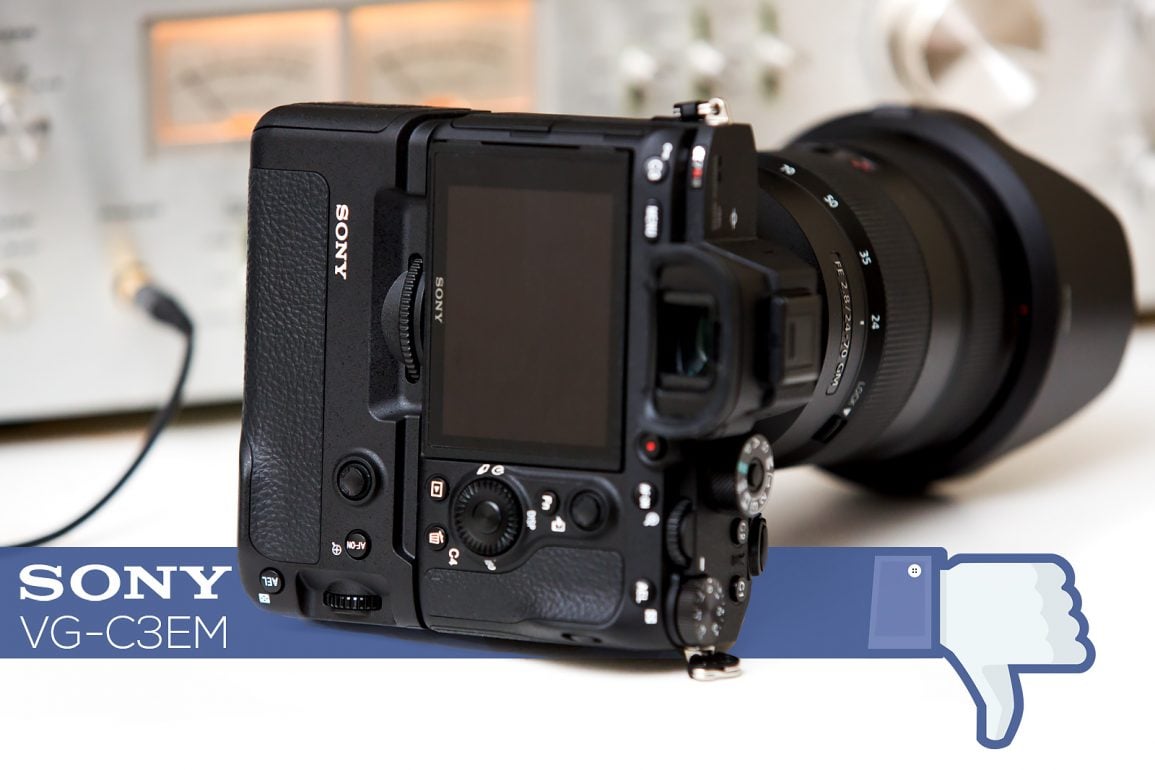 An Expensive But Poorly Constructed Battery Grip for A9 & A7RIII

At least, not favorably impressed. I’ve used a variety of OEM battery grips in the past on Canon SLRs (and Nikon to a lesser degree), and also cheaper 3rd party grips from Meike, Pixel Vertax, and Aputure, so I have a pretty firm set of expectations for battery grips according to their price. For my Sony A7RIII, I recently bought a the VG-C3EM grip, and the quality simply does not match the price (about $300). I don’t mean to say that the VG-C3EM is a piece of junk, though parts of it certainly appear to be. I’m simply suggesting that the grip doesn’t match the standards set by grips made by Canon for their professional-level cameras.  Let me explain.

Functionally, the Sony VG-C3EM grip is excellent. The shutter button feels like the one on the camera, as do the other dials and buttons. That’s not the problem.

The problem is with the build quality, and specifically, the build of the battery tray. While the grip housing is ostensibly magnesium (according to Sony and photos like the one here), you’d never know: it’s covered with a thin plastic shell, and overall, the grip is surprisingly lightweight. That’s fine; I like that the A7RIII is relatively lightweight, so it’s nice to not add too much weigh to it.

But then we get to the battery tray.  First you’ll notice that the lock switch is remarkably thin and flimsy. When it’s flipped up, it feels as though it’s in danger of snapping off. Pulling the tray out, you’ll discover that the entire tray is made of this thin, brittle feeling plastic. It is so thin that it flexes as I insert a battery (it feels almost like papier-mâché) and makes me concerned that if I’m at all rough when doing so, it will break… and as a photojournalist, I don’t want to have to worry about my equipment breaking when I’m out in the field. More importantly, though, is that the the cover of battery compartment is made of the same plastic material.

I can’t let you feel it, here, but I can do the next best thing… I can let you hear it. Check it out:

When a grip is attached to the bottom of a camera, it is always the corners that get banged on things, scratched up, and worn down. They need to be sturdy. Instead, the corners on the left side of the Sony grip are thin plastic, just 1mm thick1 For comparison, the plastic forming the end of my Canon 5D Mark III grip, made by Pixel Vertax, is a solid chunk of nearly 1cm thick. Even the stepped ridges that form its seals are 2mm thick . The compartment door is textured like the rest of the grip, but is not rubberized. I have no doubt that this battery tray will have to be replaced within a year of hard use.

Some of you may have heard by now that the Sony A7RIII has no weather sealing around it’s bottom plate. Adding a grip such as this would have been a perfect way for Sony to fix the problem and improve the usability of camera for journalists who sometimes have to work in harsh conditions. Unfortunately, Sony didn’t take the opportunity to seal the connection between the camera and grip with a rubber gasket (cost: $0.50?), but they did at least put a rubber gasket around the base of the column that inserts into the camera’s battery compartment.

And what about the battery tray door on the grip? There is no rubber gasket or sealing material. Again, this seems like a serious oversight on what is supposed to be a piece of professional equipment.

On the Other Hand

If you can get past the battery tray issue and poor weather sealing, the grip is very nice. As you’d expect from a grip in this price-range, it feels solidly attached to the camera when in use, and makes the camera much more comfortable to use with large lenses, or even medium-sized lenses like the Sony 24-70 f/2.8 GM. A week ago, I shot six basketball games without the grip at the Washington State tournament in Spokane over the course of a weekend, and by Sunday evening, my right palm had a sore, red welt from the corner of the camera digging in. That won’t be a problem any more.

The addition of custom function buttons on the grip is very welcome, especially since I use them so frequently to change AF modes, and the rear dial can be used for exposure compensation as long as the camera’s compensation dial is in the “0” position, which is a big help, since the grip doesn’t have a compensation dial.

Conclusion: Will I Keep It?

This grip isn’t worth $300. It’s not just that I’m cheap (though I am that), it’s that I’m new to the Sony system so there are lots of other things that I’d like to spend my money on. For comfort and battery life, though, I need a grip for this camera. Unfortunately, there aren’t many options. Currently, there’s only one other grip available on the market for the Sony A9 and A7RIII: a Meike grip with only a couple of reviews (which are mixed) though it costs only about $120. I don’t mind spending the extra money on a piece of equipment that gives me peace of mind when I’m working in the field, but the Sony doesn’t, so I’d be tempted to just get the 3rd party grip. Alternately, the Sony GPX1EM grip extension would solve the comfort problem, and battery life is actually not a big deal with this camera.

Currently, I’m leaning towards sending it back.

UPDATE: I didn’t send it back, and after using the grip for about a year, the grip’s shutter release button has stopped working… mostly. It works occasionally, but not reliably, so I never attempt to use it while I’m working. Consequently, I’m lowering the “functionality” score of this unit from 9 to 6 (long term functionality) and the build-quality to 2. Luckily, there are quite a few inexpensive replacement options on the market, now, ranging from $80 down to $50. 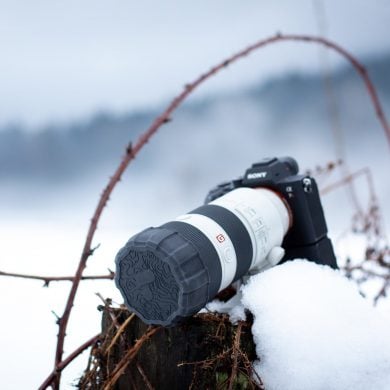