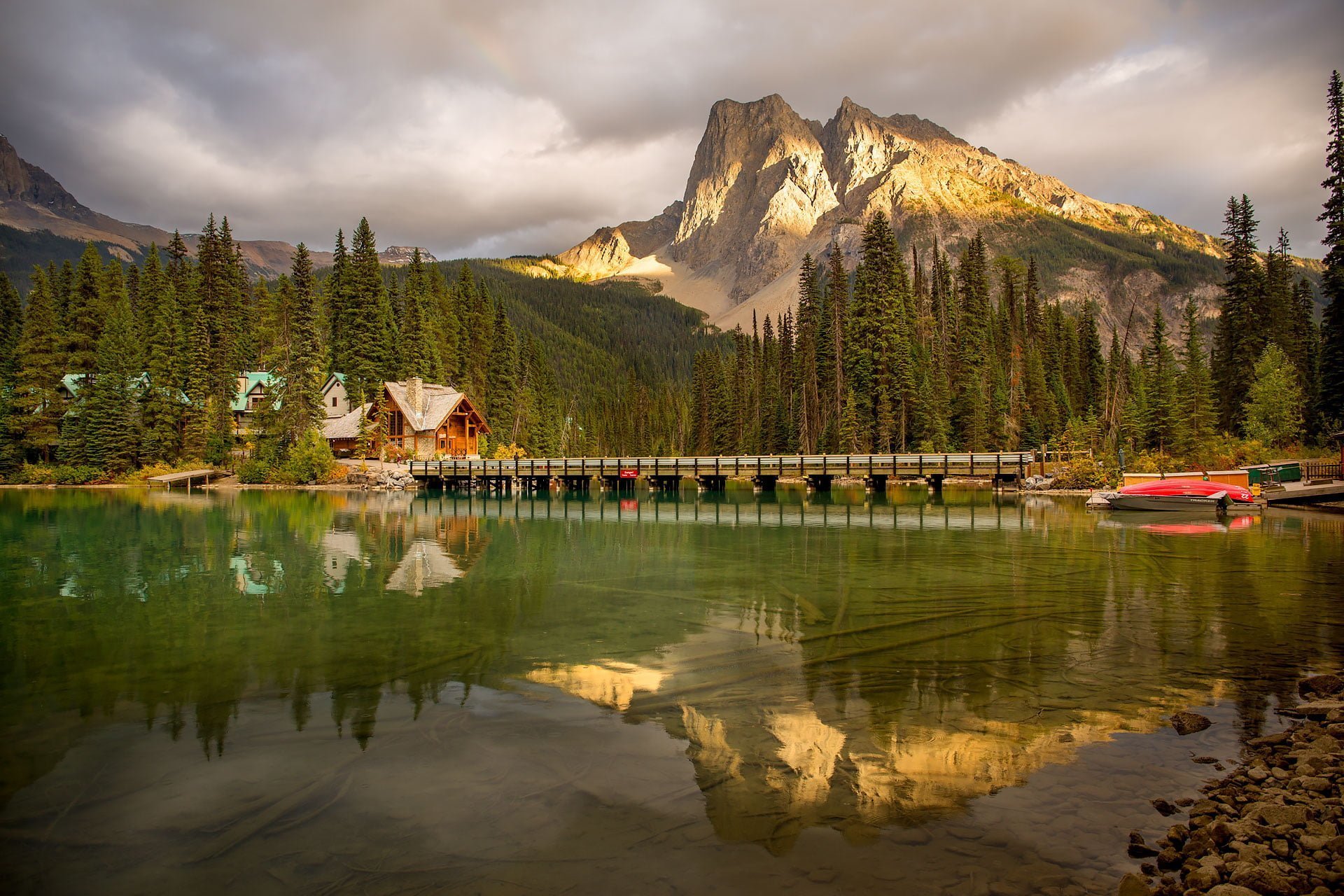 Last September I grabbed my passport and headed north from Seattle towards the Canadian border for a road trip around the Canadian Rockies. I’d been to Banff and Lake Louise as a child and remembered that they were gorgeous, but not much else. It was time to go again.

My plan was to drive to up to Jasper National Park first, spend a couple of days exploring the area, then take the Icefields Parkway (Highway 93) down to Emerald Lake and Mt. Burgess for a couple of nights, and then move to a hotel closer to Banff before starting back towards Vancouver. If I’d had a few more days, I’d have probably headed down to Montana from Banff and spent some time in Glacier National Park and Flathead Lake, but I couldn’t work it this time.

The drive to the border was uneventful, and we crossed at Sumas and then settled in on the Trans Canada Highway heading northeast. As rain started to fall, the craggy, bright green British Columbia foothills began disappearing in misty clouds, and I wondered whether the rain was coming down as snow in the mountains. After a quick stop at the Hell’s Gate Aerial Tram, I pushed on to Kamloops, where we stayed for the night, and then set out for Jasper in the morning.

After turning north on highway 5 and driving for most of the day, I stopped in at Mud Lake for an air-boat trip around the lake in search of bears. The weather had turned chilly and the wind made it downright cold, but we were rewarded with the sighting of handsome black bear moseying along the shore of an isolated cove. We had a bite to eat in the boat-house restaurant (mediocre), and drove on. When I pulled into the town of Jasper, the sun had just set, but a small herd of elk were still lingering in the blue-hour light in a roadside field.

It was snowing the next morning while we drove up to Medicine and Maligne Lakes. The light was flat and visibility was poor for most of the morning, but we trudged through the snow along the shore of Maligne Lake, and it was beautiful nonetheless. On the return trip, I pulled over and shot a few abstract shots of the river through the snow, and took a quick shot of Medicine Lake and then kept exploring.

As beautiful as the Jasper area was, the drive down the Icefields Parkway was even more spectacular the next day. For hours the road wove its way between towering mountains and past bright turquoise lakes, clinging to cliffs above cavernous gorges and slipping easily over the foothills that were dappled with the yellows aspens and larches of early autumn. I stopped to watch herd of big horn sheep ramble across a hillside.

We made the obligatory stop at the Glacier Skywalk, a glass-floored catwalk that juts out over a 900 foot drop to the Sunwapta Valley floor. The view over the edge was breathtaking, but it was also packed with tourists, and since I had been passing through equally beautiful scenery for hours, it probably didn’t have the impact that it would have otherwise.

We arrived at the Emerald Lake Lodge after dark, but when I woke up in the morning I could see the cartoonishly bright green color of the lake water peaking through the branches. It was raining again, but after a short trip into town, I set out on the path around the lake.

The following day, as I drove down to Canmore, I made a stop at Lake Louise. After Emerald Lake, Louise was unbearably crowded and pretty disappointing. The water looked dirty. The mountains rising over the lake remained as spectacular as ever, though. Next time, I might rent a canoe to get out of the crowd a bit. As it was, I didn’t stay long.

Instead, I went to Canmore and took a short hike up to the Grassi Lakes. It was late afternoon when I reached the trailhead, but there were no tourists to be seen. We passed a few other hikers on the trail, and we found several rock-climbers on the cliffs when we reached the top, but it was otherwise the most peace and quiet that I’d had in days. The lakes themselves were more like large ponds set in the blue-grey rock, but deep and glass-clear and Coke-bottle green, darkening to a rich emerald in the depths, and strikingly lovely. I was carrying my Canon EF 24-70 f/4L IS, and no tripod, and the fading light made the image stabilization indispensable.

I was getting road-weary by the time we started the trip home. My path backtracked past Emerald Lake as I left Alberta and started climbing back across the Rocky Mountains of western British Columbia.  The weather was finally dry and warm, but hazy. On my way down one of the passes I stopped to take a photo of the layers of mountain ridges, and then packed my camera away in the trunk for a hotel in Kelowna.