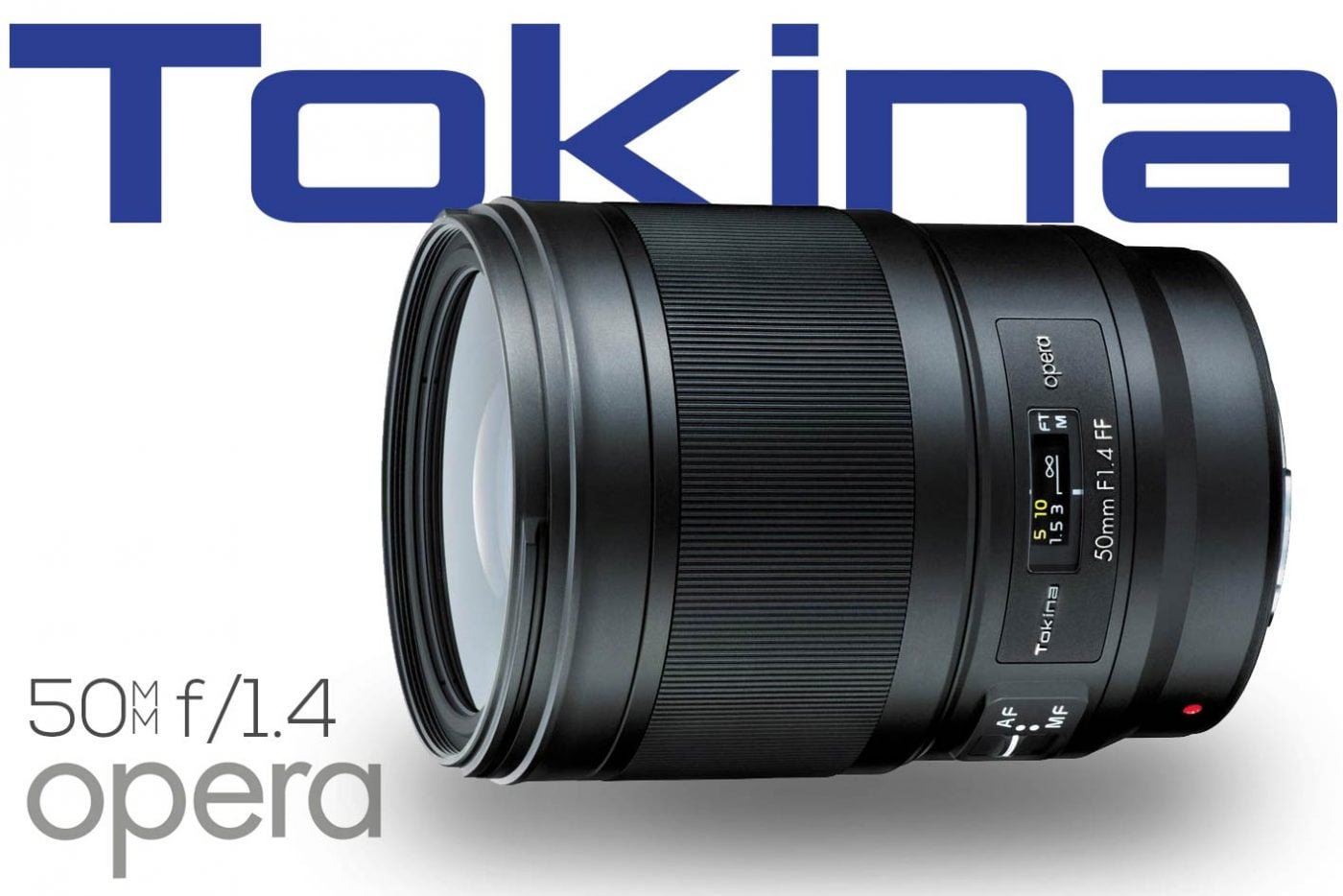 Tokina announced the Opera 50mm f/1.4 FF lens this morning, and with it the new “Opera” line of lenses that are designed to match the capabilities of today’s high resolution sensors. Like the recently announced FiRIN lens, the Opera 50mm will focus with a ring-type ultrasonic motor for fast and quiet operation, and the body will be dust and weather sealed for reliable performance in the field. The Opera line will be Tokina’s “premium” lens collection (following in the footsteps of the successful Sigma “Art” series of lenses) and supplanting their existing AT-X line.

Few details are available about the lens at this time: Tokina did not announce the optical formula, the size or weight of the lens, or an expected price. However, the lens will be available in Canon EF and Nikon F mounts, and will likely be available in the Summer of 2018.

Though we have not confirmed them, credible rumors suggest that the new Pentax 50mm f/1.4 lens announced in October of 2017 is a re-branded version of this Tokina 50mm f/1.4 Opera lens. Similar rumors suggest that the Pentax lens will be priced over $1200, though no official price is available. In the past, Pentax has re-branded Tamron lenses for use in their own linup, such as the Tamron 15-30 f/2.8 ( as the Pentax 15-30 f/2.8). In the case of the 15-30mm lens, the Pentax costs about $400 more than the original Tamron for Canon and Nikon mounts, a markup of about 30%.

If this turns out to be the case, the Tokina 50mm f/1.4FF  lens may cost around $850 and offer strong competition to the Sigma 50mm f/1.4 ART series lens (with a price hovering around the $950 mark). Currently, the Sigma is among the sharpest 50mm lenses on the market in its class, but is a large, heavy, expensive lens, so Tokina has room to make in-roads.