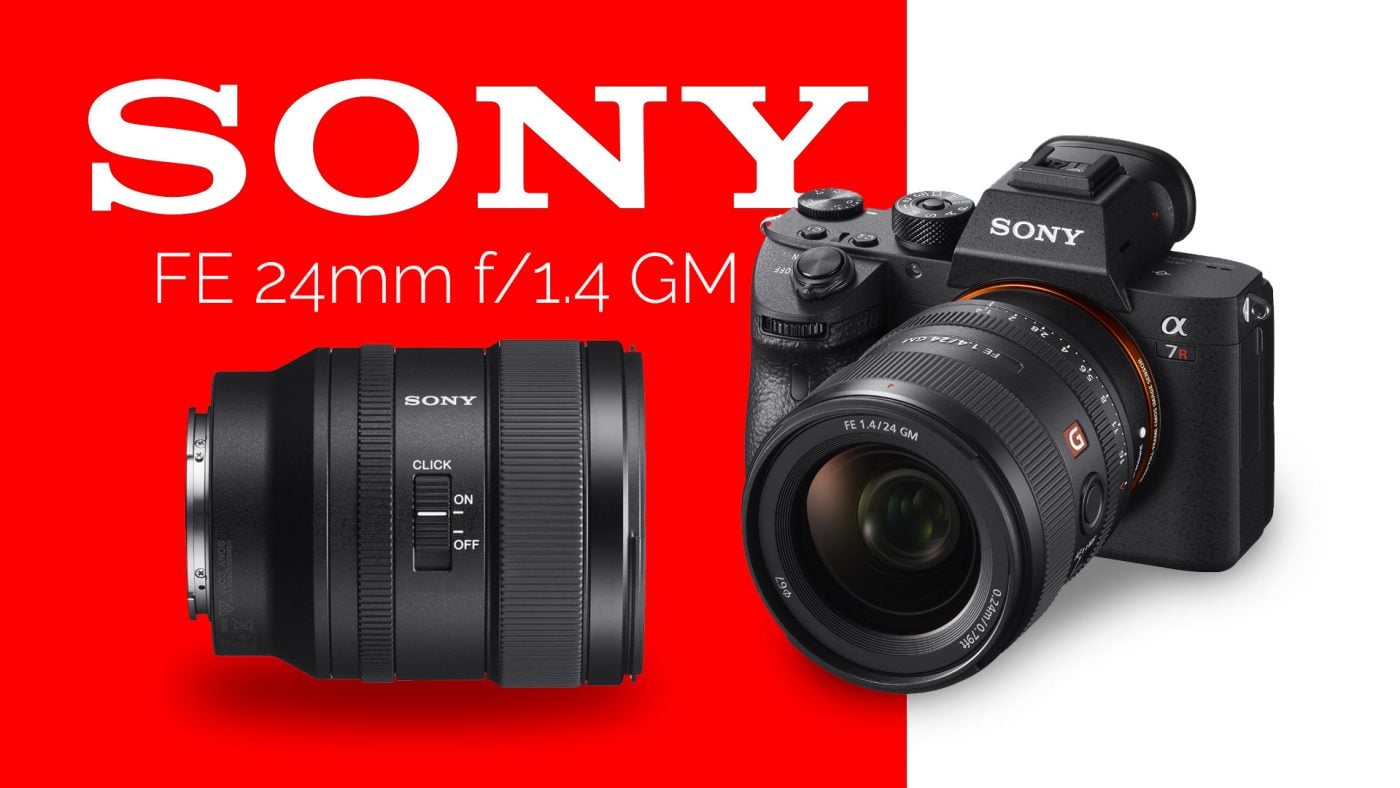 This morning, Sony officially announced a new FE 24mm f/1.4 GM lens, a full-frame, wide-angle lens for all Sony E-mount cameras.  Sony claims, of course, that the lens is designed to deliver best-in-class resolution from the center to the edge of the frame while remaining relatively compact. The lens will use 67mm filters (Canon uses a 77mm), and weighs only 445g (0.98lbs), measuring 92.4mm long (3.6 inches). Compared to the Canon equivalent, the Sony is just a hair longer (.2″) but about a half pound lighter.  As expected, the lens is not cheap, but it is also less expensive than its Canon EF counterpart.

Perhaps the most interesting feature of the lens is its newly designed manual aperture ring. While most Sony E-mount lenses do not feature aperture rings, the FE 24mm f/1.4 GM has an aperture ring with a switch to de-click the motion while you’re rotating it, allowing for smooth brightness transitions when shooting video. This is a common feature on cinema lenses, and echos the functionality of utility ring on Canon’s new RF lens line.

A new DDSSM motor designed for the lens provides three times the thrust of earlier models, according to Sony, for quiet but very fast operation. The lens’s optical formula contains 13 elements in 10 groups, including two XA (extreme aspherical) elements and three ED elements, with the XA elements intended to eliminate sagittal flare. The lens focuses as close as 9.6″ (.24m) and has 11 circular diaphragm blades for smooth bokeh. It’s also dust and weather sealed.

Sony’s FE 24mm f/1.4 GM lens will begin shipping in October at a price of $1399. While not cheap, this is about $150 less than the Canon lens, and $600 less than the Nikon. However, the Sigma ART series lens, now available in Sony E-mount (and similar in weight to the Canon lens), costs less than $900 and will still offer stiff competition for the budget minded photographer. 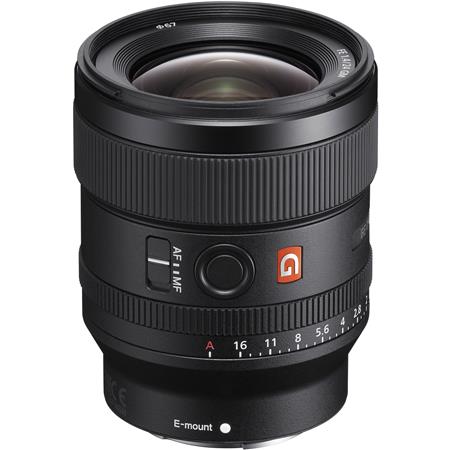