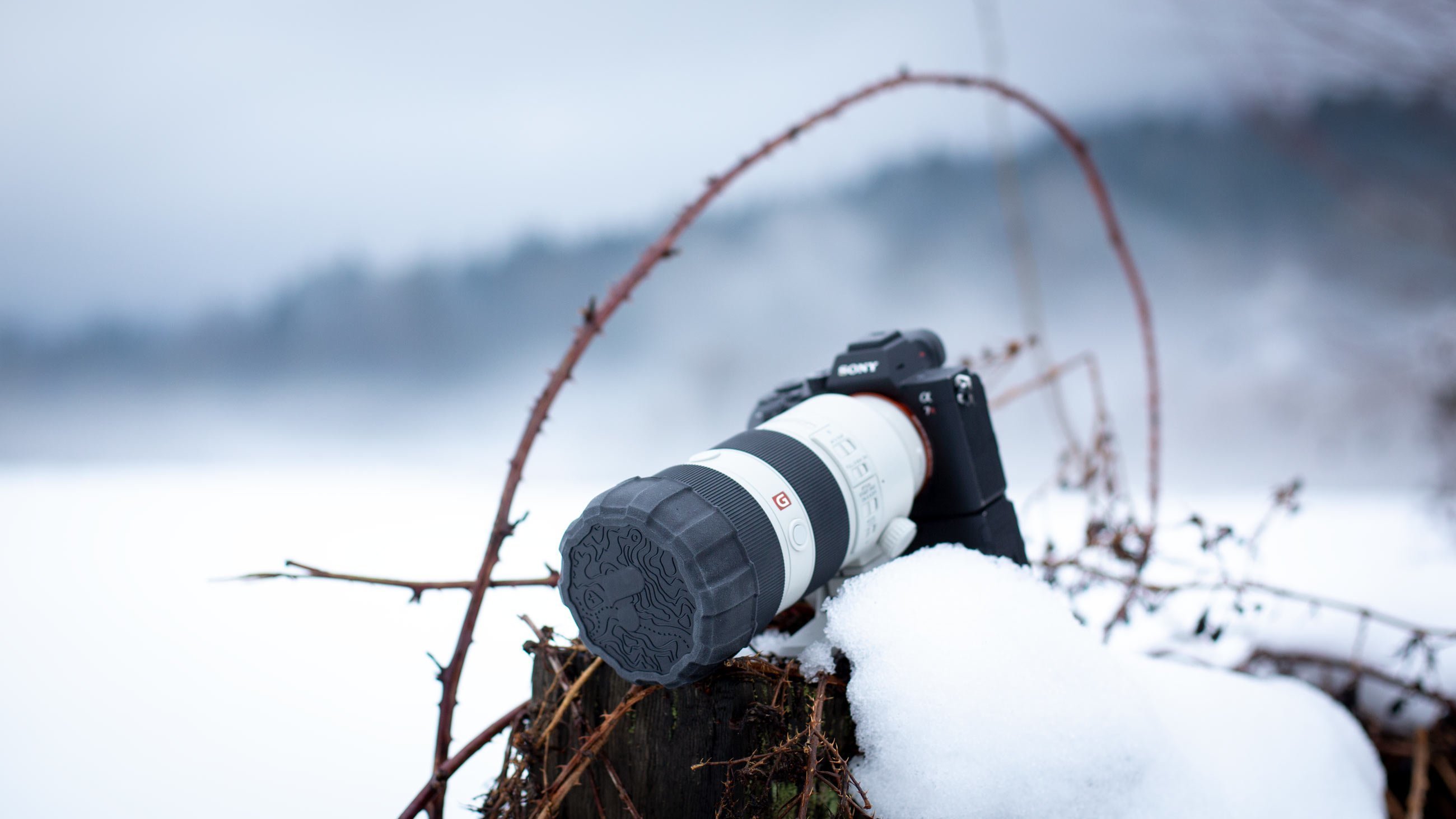 Traditional lens caps leave a lot to be desired in terms of protection and ease of use. Is the Polar Pro Defender any better?

The Defender is a new protective lens cover announced today by Polar Pro that aims to offer superior protection for the front element of your expensive optics. Unlike cheaper silicone lens covers, the Defender has a hard plastic front cap to protect the end of your lens from sharp objects, while the thick, flexible sides provide an armored bumper around the perimeter.

Polar Pro sent me one about a week ago to test and review right about the time that Seattle was buried in snow. So, with only a week of use, consider these my “first impressions” rather than a full review (which will come later), but the defender has seen enough hard use for me to get an idea of what it can do.

The Problems With Normal Lens Caps

We can sum up the problems with regular lens caps pretty easily: they can be tricky to attach and remove, and if bumped, they often eject themselves from the front of the lens, never to be seen again. They do protect the front element from dust, but not from much else.

The Advantages of the Polar Pro Defender

If you have the right sized lens, the Polar Pro will fit snugly around the end of the barrel and won’t budge if the lens is knocked around a bit (while dangling from a strap while hiking, for example), but when you’re ready to remove it, it is easy to grip and slide off. With the Defender in place, the whole front of the lens is protected from minor bumps and scratches, not just the front element. I went out shooting in the snow a couple of times, and I had no trouble removing the Defender while wearing winter gloves.

You’ll probably get a little bit of protection from moisture, but it’s nothing like waterproof (and doesn’t claim to be). The ribs on the interior of the cap that keep it from becoming a giant suction cup on the end of your lens also allow water to run in.

The Defender will really shine, though, if you’re the type of photographer who might throw your favorite lens in your backpack with other assorted equipment as you head out the door for a flight or to your favorite trailhead. I don’t know how many times I’ve pulled a lens out of my backpack only to discover that the lens cap had dislodged during the trip and the lens had been rubbing up against who-knows-what for hours. That won’t happen with the Defender.

Is It Worth It?

The Defender does what it says it will. It’s sturdy and easy to use, and will cost about $35, which isn’t exactly cheap for a lens cap. On the other hand, you’ll be using it to protect lenses that cost thousands, and we often purchase UV filters for the front element to do the same job that cost even more (while degrading image quality, potentially). They’re especially helpful if you have an ultra-wide lens with a bulbous front element and you’ve lost the original cover.

So, given that they work, it’s up to you to decide whether the cost is worth it to you to protect your lenses, based on the type of work you do and how likely you are to need it them. If you decide that they are right for you, you can buy them at Amazon in three different sizes at the moment: the 77-82mm, which I tested, a 95mm and a 114mm.