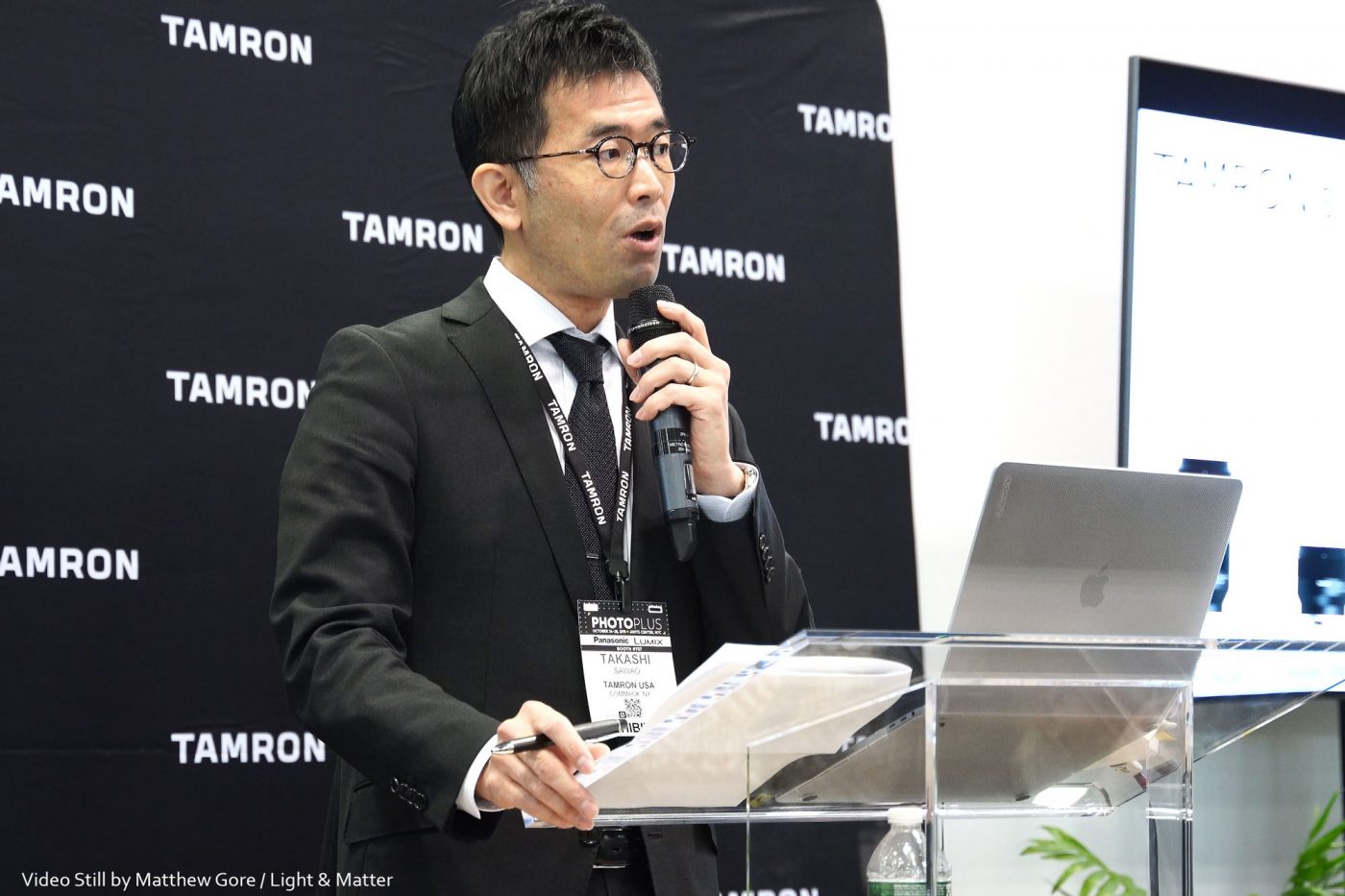 At a press conference from New York’s PhotoPlus Expo on Thursday morning, Takashi Sawao, General Manager of Imaging Products, explained why the company opted for a lens with only 180mm reach rather than 200mm. According to Takashi, Tamron began by developing a mirrorless version of the popular 70-200mm focal length, but soon discovered that by reducing the focal length by 10%, they’d reduce the length of the lens by 25% and the weight by 45% (compared to their mirrorless design, which would have been similar in size to their G2 model for DSLRs).

Tamron’s strategy for mirrorless lenses has been to produce compact lenses to balance with the size of Sony’s mirrorless cameras, while maintaining outstanding image quality, while other manufacturers are producing lenses that are increasingly bulky and expensive (speaking of which, I also had a chance to use Canon’s new 85mm f/1.2 and 28-70 f/2).

The same strategy played out a little differently with the three new primes that Tamron announced last week. The Tamron 20, 24, and 35mm f/2.8 1:2 lenses share as many body parts as possible so that Tamron could spend more on the optics, while keeping overall costs low, according to Takashi. The three lenses will cost $349 each. I didn’t spend a lot of time shooting with them, but I was impressed with their contrast. 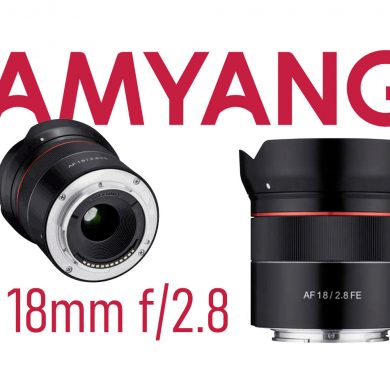