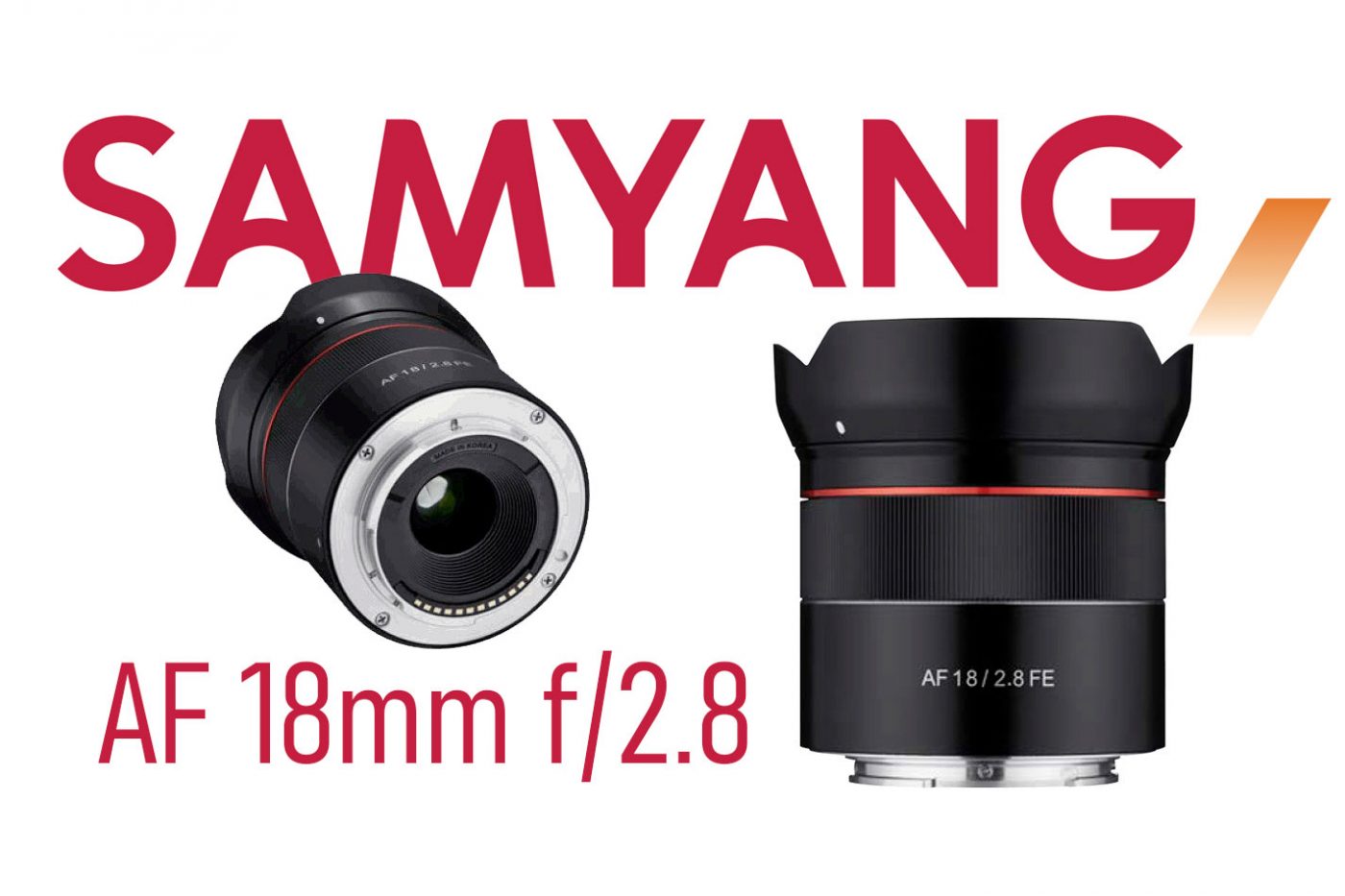 Those of you who follow Samyang/Rokinon’s lens releases will know that they’ve built up a collection of “Tiny but Wide” autofocus lenses over the past couple of years for full-frame Sony E-mount, including 24mm, 35mm, and 45mm f/2.8 lenses. This morning, the multi-named company has added an AF 18mm f/2.8 the lineup, making it the smallest super-wide lens on the market, weighing in at only 145g (5.1 oz., just over a quarter pound). The lens uses a linear STM motor for fast and quiet AF, and 8 of 9 optical elements are made of special glass (aspherical, ED, HD), promising high resolution and excellent color rendering.

Of course, the lens will be appreciated by anyone who wants to travel light, but will be especially useful to photographers who are hiking deep into the back-country, for whom every ounce matters.

I recently saw a YouTube video about Stanley Kubrick’s “The Shining”, in part comparing it to the horrendous remake that was authorized by Stephen King in the late 1990s, which mentioned that Kubrick’s version was shot primarily with an 18mm lens, and I’ve been thinking about getting once ever since, for the wonderful sense of place that using such a wide lens can give to an image.

This looks like a good, inexpensive way to get started (though Tamron’s 17-28mm f/2.8 might be a better one for zoom lens fans). The Rokinon is expected to start shipping in early October, at a cost of $399. Pre-orders are now open at B&H and Adorama, if you’re interested in getting one and supporting this website.