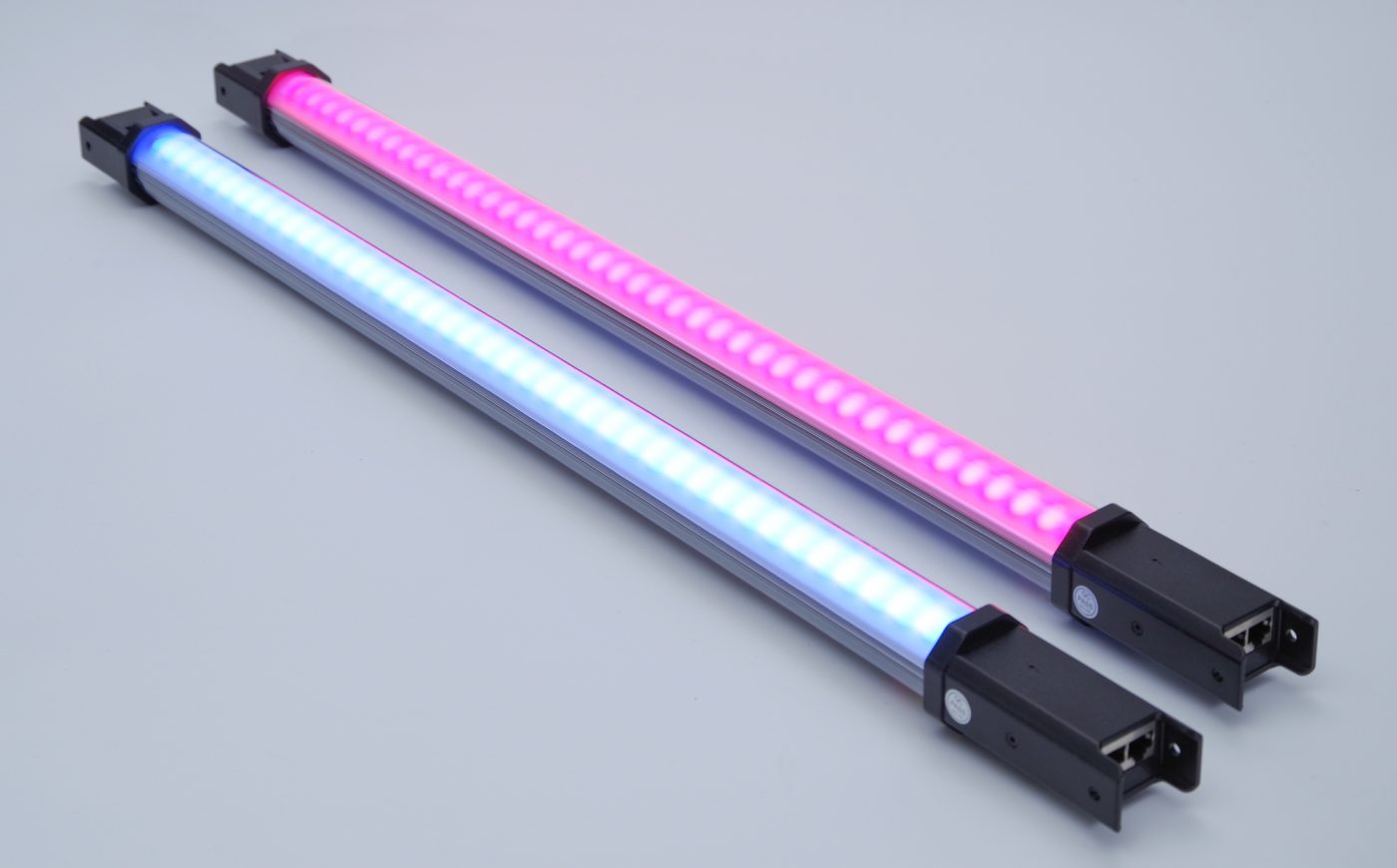 Just before Christmas 2020, Godox launched a very interesting product: the TL60 full-color RGB tube light.For many photographers, the Godox name is associated with speedlights and studio strobes for stills photography. The TL60 is a little different: it is a fully tunable constant light source meant as much for video as for photography. In this article, I take a look at the TL60, its accessories, how it operates, and how to get the most out of it.

The system ships in a superb hard case. It is rare that I comment on a case, but this one is high-quality. It has a smooth cloth exterior, fluid zippers and a wide handle with some room inside to add a few odds and ends.

Inside are the two lights and all the accessories.

The lights each ship with a charger / power supply, as well as a two-parts holder for the supply (to attach the charger on a light stand, for instance).

There is also a plastic clamp to attach the light to a light stand / tripod, two metal wires to suspend the TL60 from a hook and an ethernet cable for DMX control. Last, the two-light kit ships with a 2.4GHz remote control.

The TL60 is a 75cm-long shaft, with plastic at both ends and most of the length taken up by the light-emitting section. Light is not emitted all around, but is limited to 180°.

At one end is the simple ON-OFF switch and the power input.

The other end, being longer, acts as a handle and hosts all the controls. It also includes the ports for DMX controls.

This end also sports a microphone, which can be used with one of the special dynamic modes (see below).

Both ends have hexagon bumpers to prevent the lights from rolling when laid down. They also feature holes to attach the wires included in the kit (or any other type of thin cable). The included wires are coated with plastic to prevent abrasion. They can be daisy-chained together.

The back of the TL60 includes basic operation information and a QR code pointing towards the mobile app.

The TL60 uses a high-contrast screen and 7 buttons. Operation with the buttons is straightforward but a bit limited compared with the app. The first button on the bottom row controls wireless communication (both Bluetooth via the app, and 2.4 GHz with the included remote). The second button gives access to Lee and Rosco filters presets. The third calls up special modes. The fourth activates brightness control, and the last calls up some functions and settings, such as setting temperature in Kelvin.

The two vertical buttons are Plus and Minus. They are used to navigate menus, set the brightness, etc.

The TL60 has a maximum output of 1500 lumens, powerful for a lamp but not close to a flash’s power. Color accuracy is one of the best aspects of this light, with CRI 96 and TLCI 98.

The remote simplifies the operation of the TL60. It essentially duplicates the buttons on the lamp. With a four-way controller and dedicated Plus-Minus toggle, navigation is simpler. There are also shortcuts for color temperatures and specific basic colors.

The remote is well made and doesn’t feel like an afterthought. It genuinely facilitates operation.

Where the TL60 really shows its potential is with the dedicated app. There, lights can be controlled individually or grouped. From there, controls go from simple to complex and versatile.

The main screen offers 6 options. These go from basic brightness and color temperature, to Lee/Rosco filters, HIS picker, RGB selection, and even extracting a color from a picture from the phone’s gallery!

There is also an FX mode. This lets the user select from 12 effects, such as fireplace, broken bulb, lightning, paparazzi flashes, fireworks, emergency vehicles, etc. One mode even uses the built-in mic to sync the output to ambient music (think of it as a glorified party mode). Those effects can be tuned for speed, brightness, etc.

Whether for a photographer or videographer, one of the interesting applications of the TL60 is to include it in the frame. The lights can be used for instance as props in the background or in the hands of a subject.

With the light inside or outside of the frame, the TL60 can work wonders for product photography. It can also work as fill, with creative possibilities, for portraits. In short, like every light modifier, the photographer’s creativity is the limit.

The relative low power signifies that the TL60 cannot be used as a studio strobe in the typical sense. To make the most out of the lights, it will often be necessary to use multiple lights in the shot (this is probably why Godox sells kits of 2 and 4 lights). Single lights can of course be used, particularly for tighter shots.

The TL60 can also be used for light painting, creating beautiful and unique effects.

The excellent color accuracy, consistency between units, and easy access to standard gel simulation make these lights nice options for photographers, as they can be used consistently with other light sources.

While not without limitations, the TL60 continuous lights from Godox are extremely versatile tools, both for photographers and videographers. Technically, they are a high-quality product with a slew of features and capabilities. To get the most out of them, using the dedicated app is mandatory, but they can be used stand-alone or with the dedicated remote in a pinch. DMX controls offer expanded possibilities.

Handling is very good, although using the holding clamp can present some challenges at times. User will need a ballhead or other means of orienting the light, as the clamp itself offers no tilt. It would also have been nice if the clamp had featured an Arca-Swiss bevel.

The ability to use either the built-in battery or to plug the TL60 adds to the light’s versatility.

The only true limitation of the TL60 its directly linked to its nature, namely the relatively low power. In itself, the light is close to a flawless product, delivering consistently in a variety of shooting situations.

The Godox TL60 is sold singly for $ , as a pair for $479.00, and as a pack of four for $879.00. These prices are right in line with similarly sized tube lights from unknown companies with dubious quality.

Godox sells the TL60 on Amazon, at B&H Photo, and at Adorama, among others.