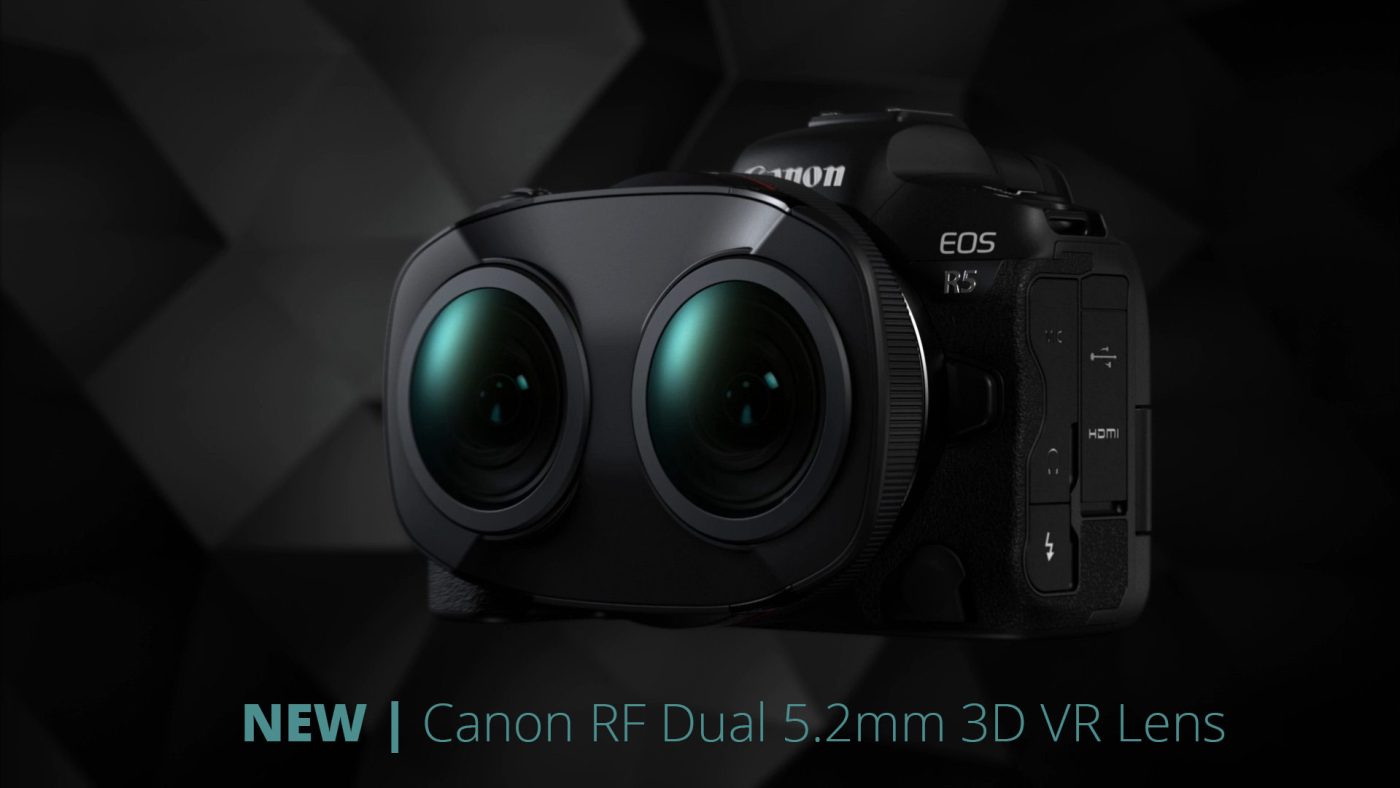 Canon just announced what is probably the most unique lens that I’ve seen in years, but it is one that will also be pretty useless for most of us. The RF 5.2mm Double Fisheye Lens is intended for shooting 3D virtual reality (VR) video and improving the ease of that workflow. That’s a really cool thing, I suppose, for people who do that sort of thing. With a firmware upgrade and special software from Canon (or a Canon plugin in Adobe Premier), you can use this lens with a Canon R5 and directly capture VR data that would normally require two separate cameras. Together, the lenses provide a 190 degree field of view.

Some people will question whether designing this type of niche lens is the best use of time for a company that still doesn’t make a 24mm prime lens for RF mount, for example. And I’ll admit: I don’t know anyone who owns a VR headset, much less someone who wants to shoot VR. For most of us, composing and framing and deciding what to show our audiences and how to show our audiences is such a massive part of the art of creating a film, VR doesn’t have much draw.

Of course, not everyone is shooting for the same purpose, and VR and 3D VR will undoubtedly have their uses. It’s hard to imagine that the adult entertainment industry will not love this sort of thing, and of course there will be various vloggers, documentarians, and news shooters who will find the technology useful.

And at $1999, the new Canon lens is less expensive than dedicated cameras for the purpose like the Z CAM K1, which also shoots 3D VR 180, and with the 8K sensor of the R5, it may provide better resolution (though output details are still sketchy). There are also less expensive options, though, that include features like 360 degree shooting (with 3D), like this Vuze.

As usual, you can pre-order one at B&H Photo.