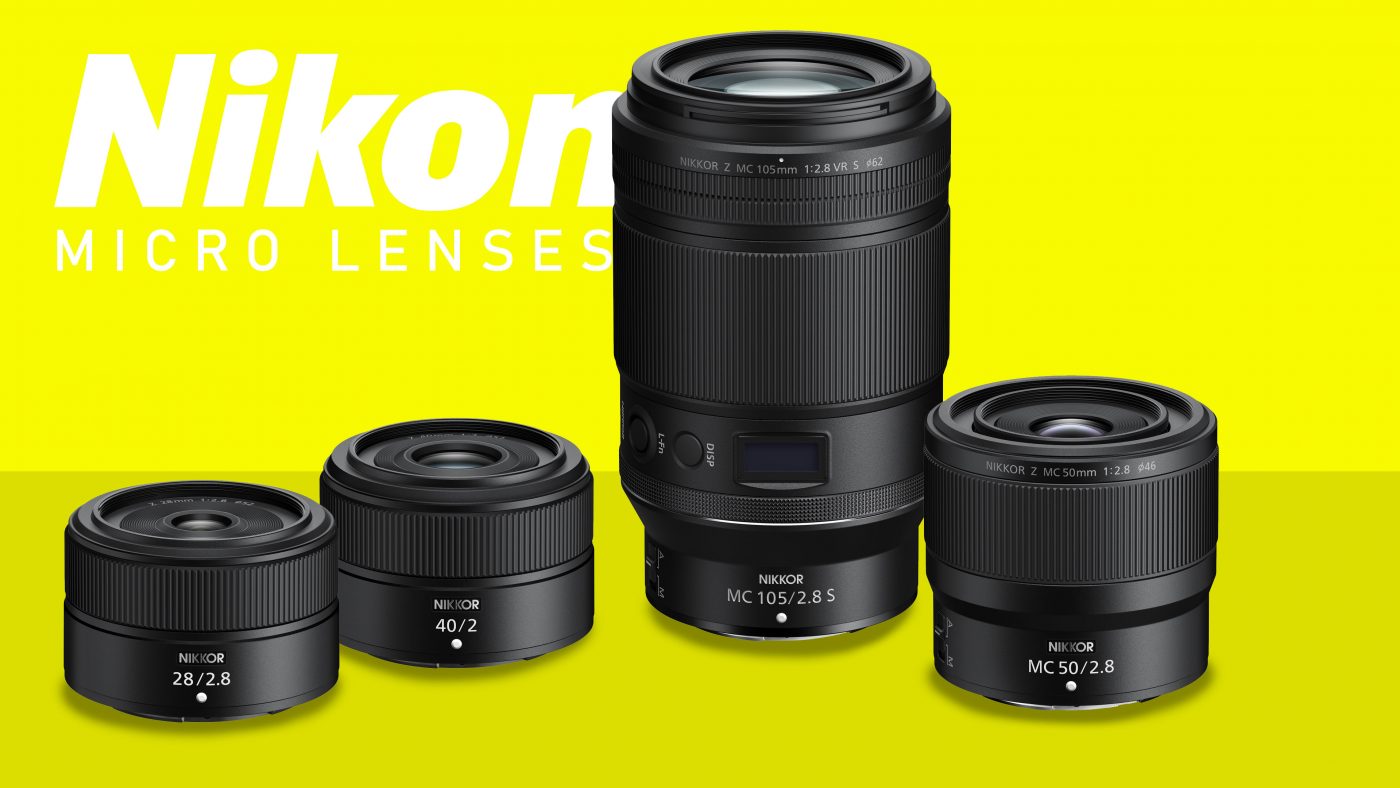 Nikon’s 105mm Micro lenses have been held in high esteem for decades for their excellence in rendering and resolution, and the new Z-mount version of this lens promises even better performance. The lens body has basic weather sealing and 4.5 stops of VR (optical image stabilization), and weighs 630g (1.4lbs).

For those who are looking for a more compact lens, the NIKKOR Z MC 50mm f/2.8 also claims to have extremely high resolution across the entire frame, but weighs 260g (0.57lbs) and is just 66mm long (2.6 inches) and is considerably less expensive.

Details about the compact NIKKOR Z 40mm f/2 and NIKKOR Z 28mm f/2.8 lenses are sketchy at the moment, but both are expected to be very compact and lightweight, and should be popular with street photographers and travelers who want to keep their bags light.

The 105mm and 50mm Micro lenses will cost $997 and $647, respectively, and are expected in early July. The compact lenses are still in development, but should be released sometime in 2021.

As usual, you can pre-order from Adorama or B&H Photo.