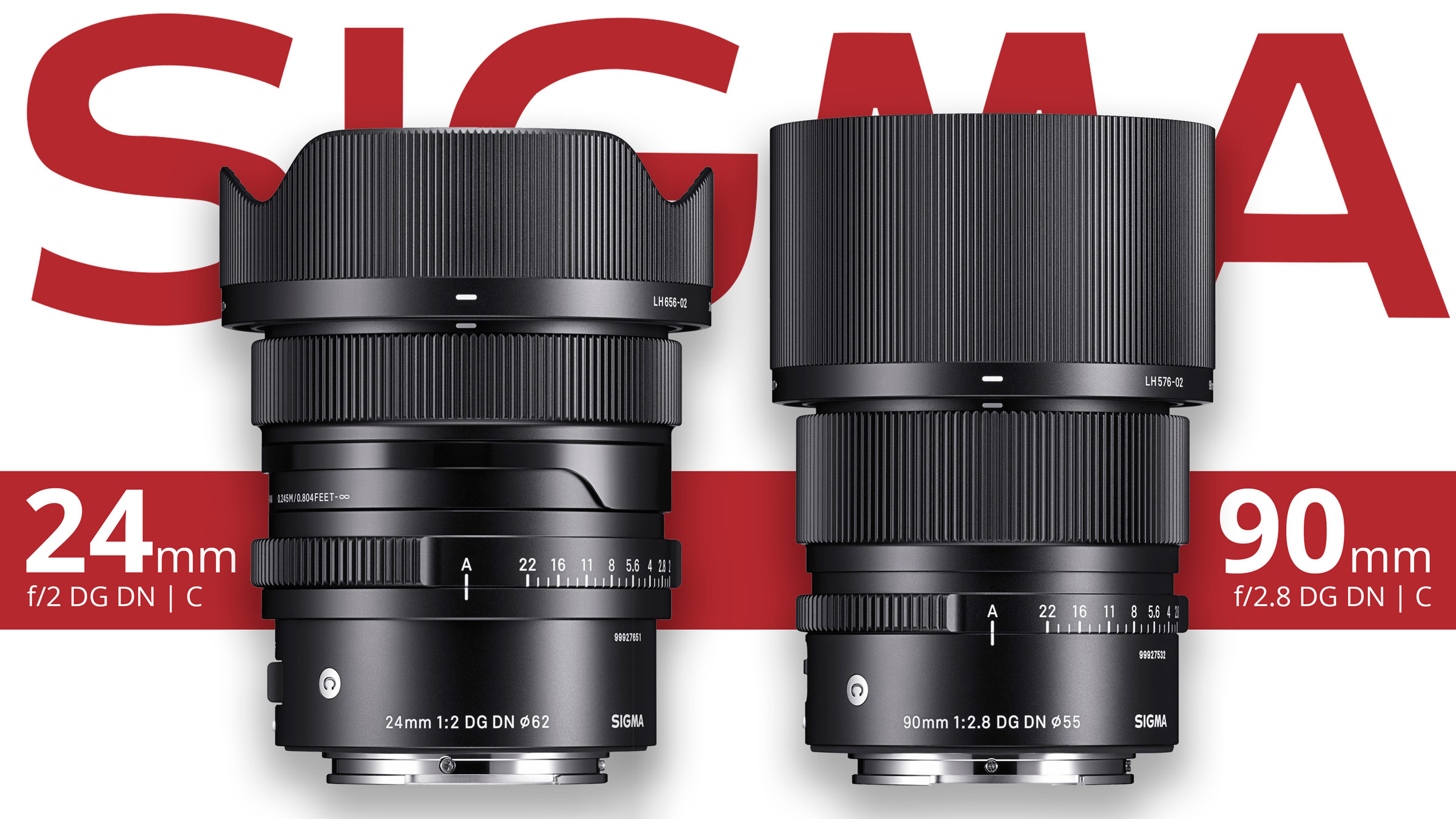 Two new lenses join the Sigma I-Series lineup this morning, with Sigma announcing the 24mm f/2 DG DN “C” and the 90mm f/2.8 DG DN “C” lenses for Sony E-mount and the L-mount alliance. These lenses are all part of Sigma’s compact, premium “I” series of lenses (and also the “Contemporary” series), all of which have entirely metal bodies and are made to the highest standards in Japan. Both ship with metal lens hoods and metal, magnetic lens caps (and standard plastic ones, too).

The Sigma 24mm f/2 is the second 24mm lens in the budding “I” series, the previous model being an f/3.5 maximum aperture. While the new model provides one and a third more stops of light than the old one, it is also larger and heavier: the new lens weighs 12.9 ounces and is 2.8 inches long, while the older lens is 8.1oz and 2 inches long, so although the new lens is over 50% heavier than the old one, it is still well below a pound in weight.

The Sigma 90mm f/2.8 is the longest telephoto lens in the I-series, but it remains very compact at only 2.4 inches long and weighing just 10.4 ounces.

Both lenses have complex optical formulas with a full compliment of special glass elements. The 24mm lens formula contains 13 elements in 11 groups, with 1 FLD, 2 SLD and 2 aspherical elements, while the 90mm contains 11 elements in 10 groups, with 5 SLD and 1 aspherical element. Consequently, we should be able to expect the same level of distortion and aberration correction that we have come to expect in modern Sigma lenses.

Sigma mentions that the mounts are metal and dust and splash resistant, but there’s no word on whether the rest of the lens has any weather sealing (which probably means that it does not). Both lenses use STM stepping motors for their internal focusing movements.

I’m already a huge fan of the 35mm f/2 lens from this series, and there’s a good chance that I’ll buy the 24mm f/2, next. Anyone else a fan of these I-series lenses?