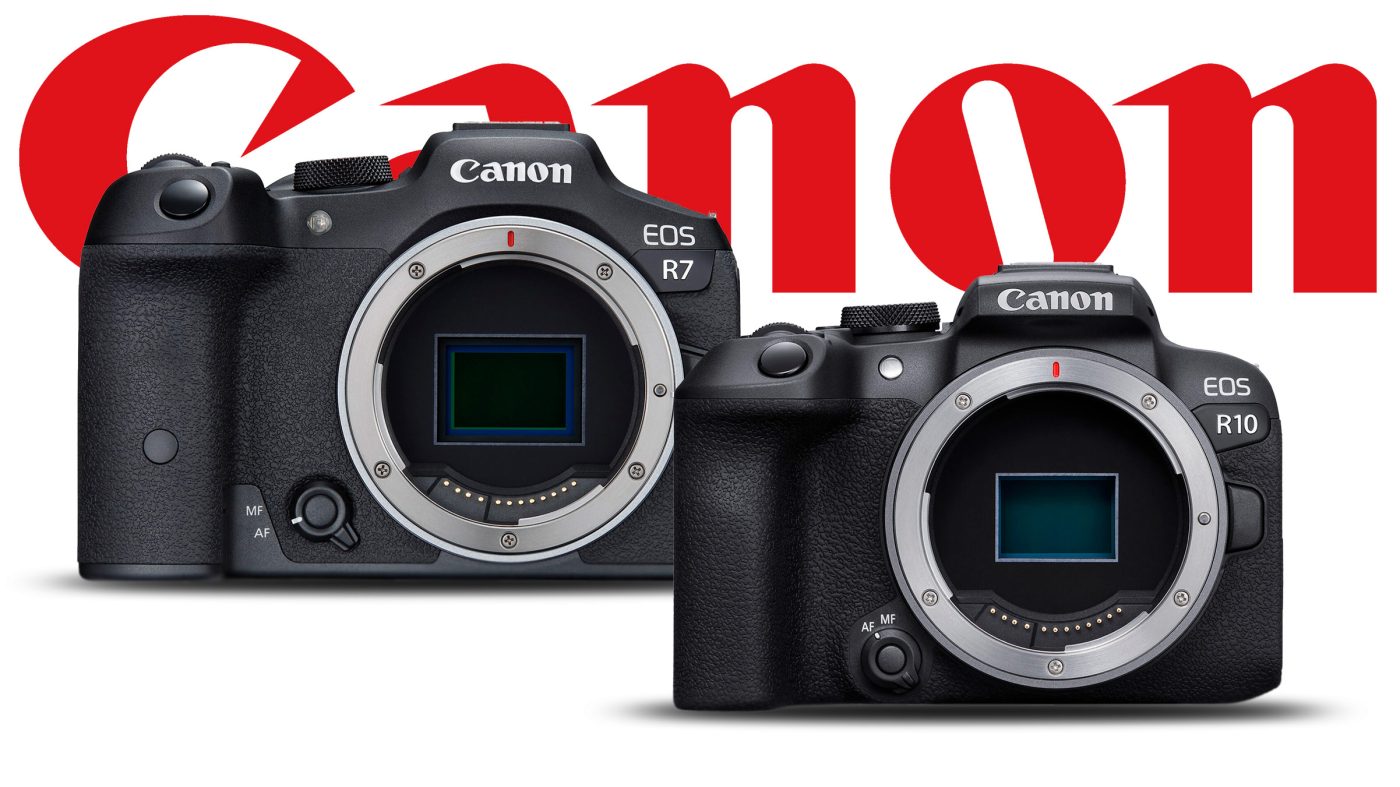 Canon is finally unifying their mirrorless Camera lines. This evening, Canon announced two new APS-C camera bodies with RF mounts: the entry level R10, and the more advanced R7. Until now, Canon’s APS-C cameras have been part of a separate line, all using the smaller M-mount lenses, making it more difficult for amateur photographers to get into the “R” ecosystem.

The Canon R7 has a 32 megapixel sensor, 5-axis in-body image stabilization (IBIS) which coordinates with lens stabilization to provide up to 7 stops of total stabilization, 15 fps bursts with the mechanical shutter and 30fps with the electronic, 4K video at up to 60fps and 10-bit depth, dual SD memory card slots, a forward flipping rear LCD screen, and a weather-sealed body. The body alone will cost $1499 and it will also be available with a kit lens.

The less expensive Canon R10 is built around a 24 megapixel sensor with no IBIS, a single SD card slot, and no weather sealing. 4K video recording has a maximum of 30fps, and the camera has an elaborate warning system for overheating, though Canon claims that it can record for 30 minutes or more. The body will cost $980.

When will you be able to get one? Late 2022, Canon says. Worldwide supply chain issues have currently held up the availability of many products (lenses and camera bodies), so time will tell. The optimists among you can pre-order the Canon R7 and the R10 at B&H now, though.