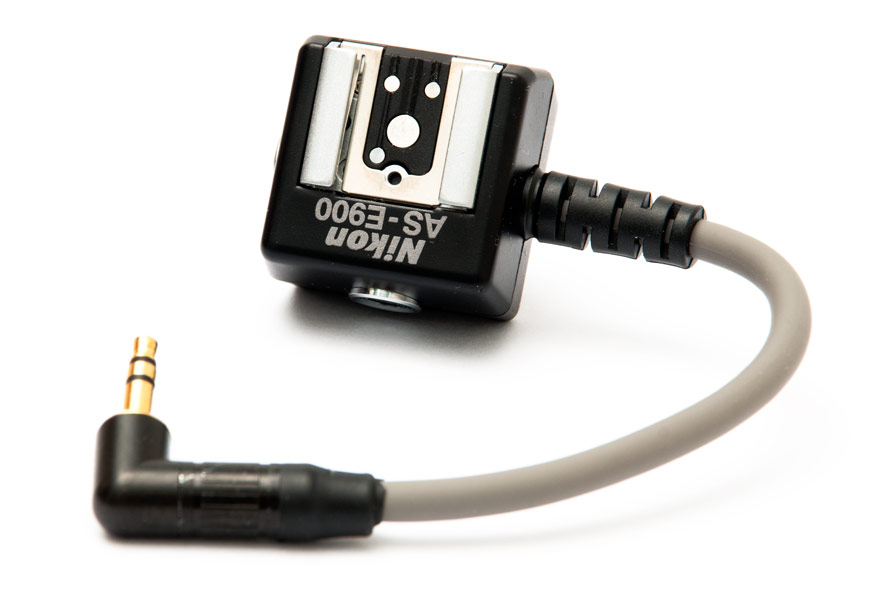 Review of the Ebay Radiopopper Cube and Cord

Roughly a year ago, I bought a set of RadioPopper JrXs for use with my flash equipment. For those of you who are not familiar with RadioPopper, they manufacture radio-triggers for small flashes and studio strobes which were intended to compete with classic Pocket Wizards at a much lower price. While I can say that I’ve been extremely happy with the rock solid performance of the units, I did pay the extra $20 or so for the “studio” version of the receivers for use with my speedlights, and then wasn’t able to make use of the functionality due to RadioPopper’s failure to release the complimentary equipment, the so called “Cube”. Consequently, I forgot all about the use of the studio features of the receiver, and used it like a PocketWizard, which was just fine.

Then, while browsing on Ebay, I noticed: a hotshoe based trigger-adapter for Nikon strobes and the Radiopopper JrX Studio receiver (just like the RadioPopper Cube, which has since been released to the public), and a simple stereo-plug to Nikon-strobe cable that offered the same functionality, but only for Nikon strobes that have the necessary jack. The prices were very reasonable, so I bought one of each to give them a try.

I’m happy to say that the shipping was prompt (next day), and the customer service was excellent. I had a couple of questions about compatibility with my Sunpak 622’s Nikon TTL module, and the seller, Steve was quick to reply with as much helpful information as I could expect.

The items arrived about 5 days ago, and I was immediately impressed with the high quality of craftsmanship. I am under the impression that these items were made in a home shop, and when it comes to Ebay, that can mean getting some very sketchy products. In this case, though, the cables were sturdy, the plugs high quality, and the connections strong; much better than the cheap, factory-made junk that I buy from China now and then.

How did it work? Exactly as expected on my Nikon speedlights. I tried them on an SB-800 and an SB-24, and the system worked nicely.

I started by using the cable directly from my Radiopopper receiver to the SB-24 cable-jack, and then set the strobe’s slider switch to TTL instead of manual (where I usually use it). I had set the flash to receive on the A group, and when I clicked the test button on the transmitter, it fired normally.  Then I turned the A group knob on the transmitter all the way towards myself, and the power output on the flash dropped down to a mere fraction of where it had been.  In manual mode, the strobe can only be set down to 1/16th power, and I’m sure that this is at least two stops lower. To me, its a considerable advantage to be able to get finer control out of my existing equipment.

Next, I tried the hot-shoe based “cube” on the SB-24. It was functionally indistinguishable from the direct cable, which is exactly as it should have been. With the preliminary tests out of the way, I tried both on a much more expensive SB-800, again with the same results.

Finally, I hooked up my NE-2D TTL module to the Sunpak 622. I had high hopes for this setup, since it’s such a great location flash for those instances when a monolight or power-pack isn’t practical, but the old sliders on the back of the flash aren’t always the easiest to change in the middle of a shoot. I connected the module to the hot-shoe of the cube unit, and powered everything up. The first time I pressed the test button, I was rewarded with a blinding flash from the 622 head. However, subsequent attempts produced no result at all… only a loud clicking sound from the flash. I’m not sure exactly what was happening; the power in the flash was being released… it took a moment to recharge between test shots, but there was simply no light emitted. I found that if I waited long enough, and then pressed the test button, I’d get another single flash, but then nothing more.

Unfortunately, I don’t know where the failure lies at this point. It’s possible that the TTL circuit on my 622 simply doesn’t work. I suppose it’s possible that the radiopopper doesn’t have the correct voltage to activate the the 622 reliably. I suppose it’s even possible that it’s something to do with the cube. Unfortunately, I no longer have a Nikon F3 to test the module/flash for functionality… I’ve always used it in manual mode (it works perfectly with the radiopopper then).

Later in the week, I hope to test the SB-24 with a light meter and see what power levels beyond 1/16th I’m able to access. I’ll update this post as more information becomes available.

For those of you who want to control your Nikon strobes with a Radiopopper JrX, I can strongly recommend buying these connectors from Ebay. They’re cheaper than the Radiopopper Cube, and they couldn’t be any better made. Keep in mind, though, that the direct cable is specific to Nikon’s speedlights,  at least as far as I know. It is also my understanding that the Cube version will only work with Nikon flashes, although it seems possible to me that it would also work on Nikon compatible flashes (like the Vivitar 285). Perhaps I’ll ask the seller whether he’s tested it.