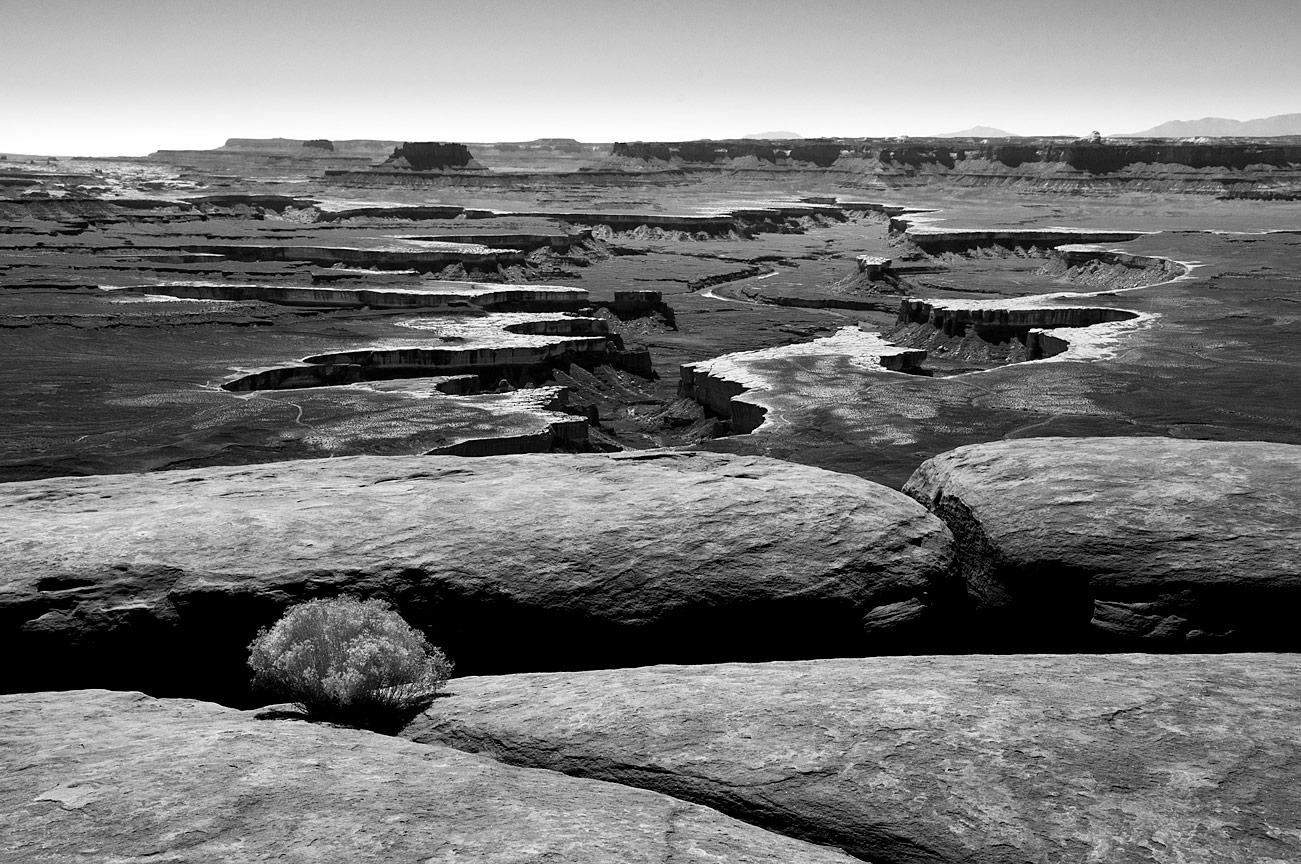 When I reached the gate of the Canyonlands National Park, north of Moab, UT, it was mid-morning and getting hot even though it was September.  I’d been to the Canyonlands before, at least briefly,  so I had a better idea of what to expect… and I knew that I’d need good light to make any images that were really outstanding. Perhaps that’s true of any location, but the point was driven home to me by the clear but hazy sky overhead.  There were, again, no clouds at all.  I stopped at the visitors center and looked at the weather report, and discovered that the same was predicted for the next 2 days, and I started thinking about moving on. 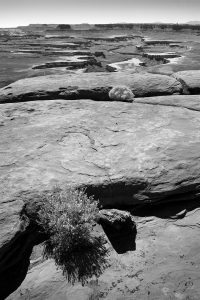 But I decided to take a look around first. I drove out to Mesa Arch, which was nice enough, and could have been gorgeous with better light. Then I drove out to the Green River Overlook. It was an impressive sight, there’s no denying it. But as much as I was impressed by the beauty of the place, I was discouraged by the quality of light. I started thinking about working with black and white for a while, and a couple of the images seemed like they had some promise, but I really needed better light.

It was late in the morning at that point, and I knew that if there was going to be good light, it would be between about 6:30 and 8 pm, with the actual sunset at about 7:30.  I had some hope that the haze might give me a little extra color in the sky when the sun got low.  So, I sat back and faced the prospect of hanging around for the next 8 or 9 hours, waiting. In the end, I decided that it was too much waiting for not enough potential payoff, and that since the weather would be the same for the next few days, I’d just move on and perhaps return on my way back through the region.

Then I started driving, and on the advice of one of the park rangers, got lost, and almost got stuck in a big mud hole (later had to replace an axle as a result). So, with my car covered in mud and wobbling in a worrisome fashion due to the mud stuck in my wheels, I drove up to I-70 and headed west towards Bryce Canyon.  It was nightfall by the time I started driving up into the hills of the Manti-La Sal National Forest, and as I drove around a bend in the road, I looked ahead and saw the sliver of a crescent moon hovering above the road in front of me. It looked remarkably close, as though with two minutes of driving, I’d step out of my car and be able to touch it. Of course, it didn’t work out that way… but I stopped and took a picture nonetheless. 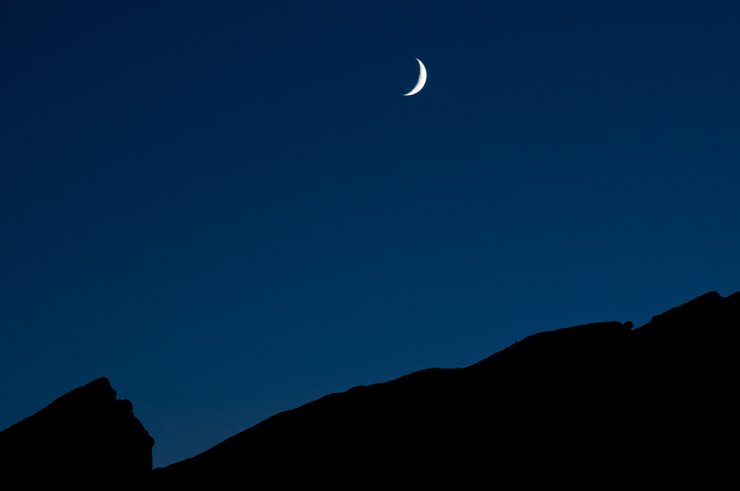 I’m not sure where I slept that night, exactly. It was late when I found a Forest Service Road, and I drove up a ways and found a little camp site. It was somewhere off of highway 89, probably in Fishlake National Forest. I was tired, and fell asleep quickly.

When I awoke, the sun was already up. I looked outside and saw that I was camped near a creek, some cool looking hills, and above it, there were beautifully wispy clouds in the sky. This is the best way to start a day of photography. After a brief look around, I drove down to the town of Panguitch, where I got a $35 motel room and a $0.75 car wash. Then, I headed southeast, to spend the rest of the day in Bryce Canyon National Park. 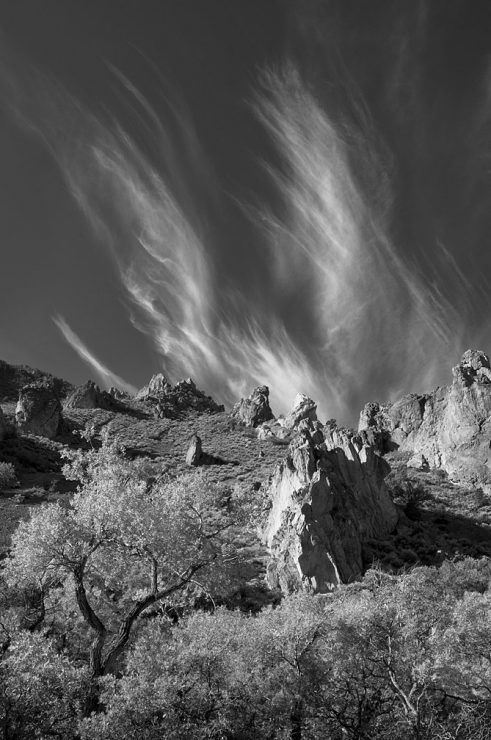