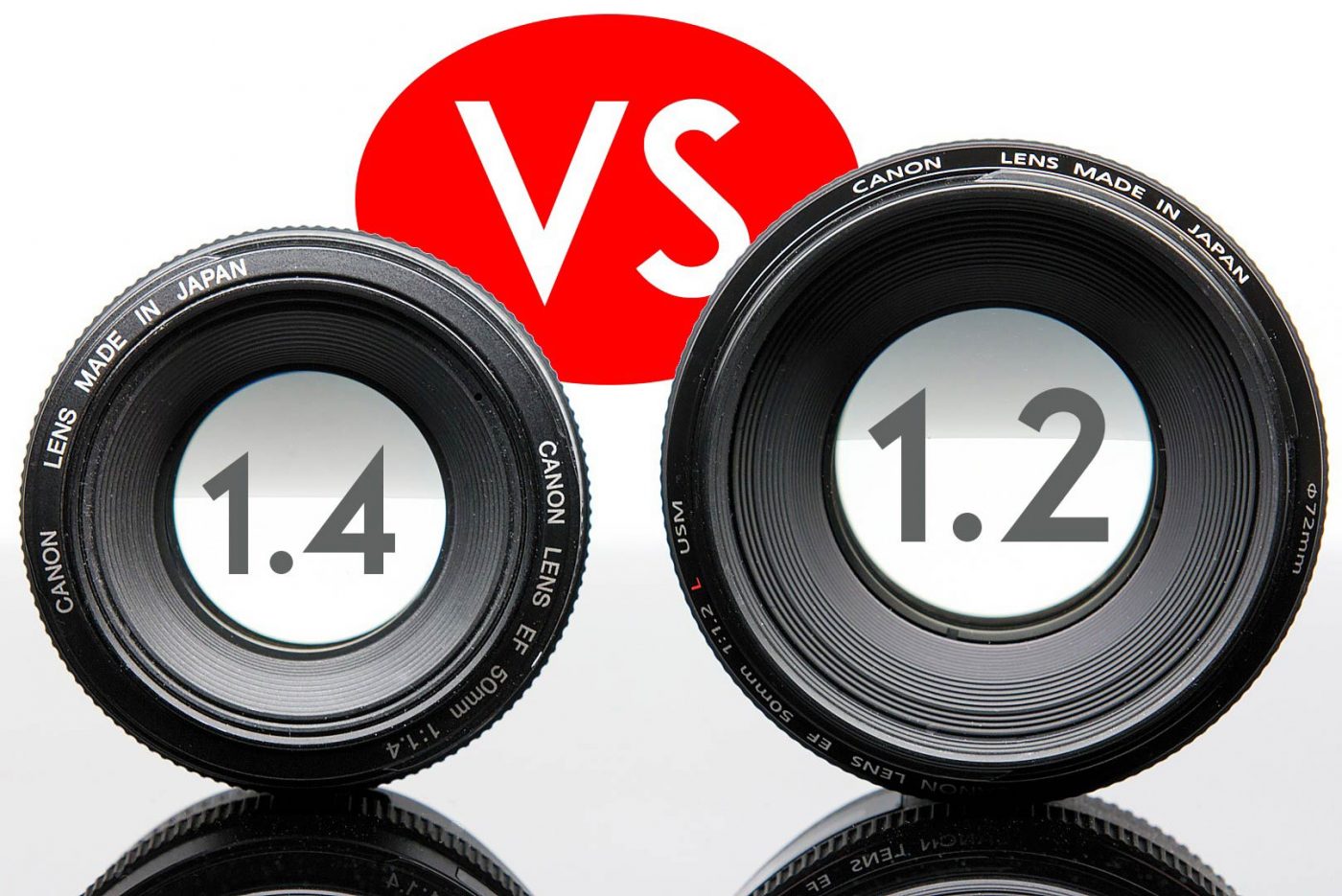 Why would anyone pay as much as $1200 more for one 50mm lens than another? And would it be worth it? These are the questions I seek to answer here.

Let’s just get this out of the way: the extra 1/3rd stop of light that you get from the f/1.2 aperture vs an f/1.4 is not very significant to begin with, and it’s even less significant when you consider the fact that when shot wide open, vignetting is a factor across most of the frame, reaching nearly 3-stops of under-exposure in the corners. If you shoot in such dark conditions such that  1/3rd of a stop of light is somehow important to your work, this lens isn’t going to solve your problem.

Like most Canon “L” lenses, the 50mm f/1.2 is very nicely built, with a moderately smooth focusing ring and sturdy plastic and metal housing. It doesn’t feel rugged, exactly, like many old manual focus lenses that could take a beating in the field, but it’s not flimsy either. It has a bit of heft, at 1.28 lbs (580g), and it has a large 72mm filter thread.

More importantly, it utilizes a ring-type USM motor for focusing, making it both quiet and fast.

The 50mm f/1.4 is much smaller and lighter, weighing in at almost exactly half the weight of the f/1.2 at .64lbs (290g). The body is sturdy plastic with a metal lens mount. Unfortunately, the lens’ internals are not so robust: if the inner focusing barrel is extended and then either receives a blow or is stored with pressure on it (in a foam Pelican case, for example), a metal sleeve in the interior of the lens will bend and cause the lens to hang up along its focusing travel. For more information about this issue, see my article here.

However, it’s easy to protect against this type of damage simply by using a rigid lens hood, which you should do anyway. They cost about $6 on Amazon, unless you want to buy the original Canon version for about $25.

Focusing is powered by a micro-USM motor rather than a ring-type, so it’s quieter than a standard micro-motor, but it’s not as quiet as a ring-type.

The optical performance of the 50mm f/1.2 is disappointing, considering its price range. While it is very sharp and contrasty in the center of the frame from wide-open onwards (with great resolution), its resolution falls off very quickly as you move away from the center, and at the borders of the frame the resolution is really pretty bad for a lens of any price, and unfortunately, the resolution at the edges of the frame doesn’t even start to get fair-to-middling until about f/8.

On the other hand, the 50mm f/1.4 is much less contrasty in the center of the frame, making it less sharp, but the resolution is pretty good, and unlike that of the f/1.2, the performance of the f/1.4 remains very solid at the borders, so details in the corners of the image will resolve better with the f/1.4 than the f/1.2, even at f/8 and beyond.

Wide open, both lenses display some moderately heavy chromatic aberration, though the f/1.4 is worse, and when shot wide open in contrasty situations, the aberrations can produce a soft, dreamy quality to the image.

In general, the bokeh of the 50mm f/12 is smoother than that of the f/1.4, even if they’re both shot at the same aperture. Bokeh circles produced by the f/1.4 generally have harsh, contrasty edges, frequently with green color fringing.

However, the bokeh circles of the f/1.2 lens exhibit the “onion ring” effect (concentric circles caused by ridges in the atmospheric glass elements), and strangely, the tops of the bokeh circles are often chopped off, as though the camera’s sensor box is not large enough to accommodate the lens’ full image circle.

Ultimately, I’d find it hard to spend this kind of money on a prime lens that isn’t perfect in every way, but if it suites the type of work that you do, it may be the best tool for the job. However, you may want to consider the Sigma 50mm f/1.4 ART series lens or even the Canon 85mm f/1.2 as an alternative.