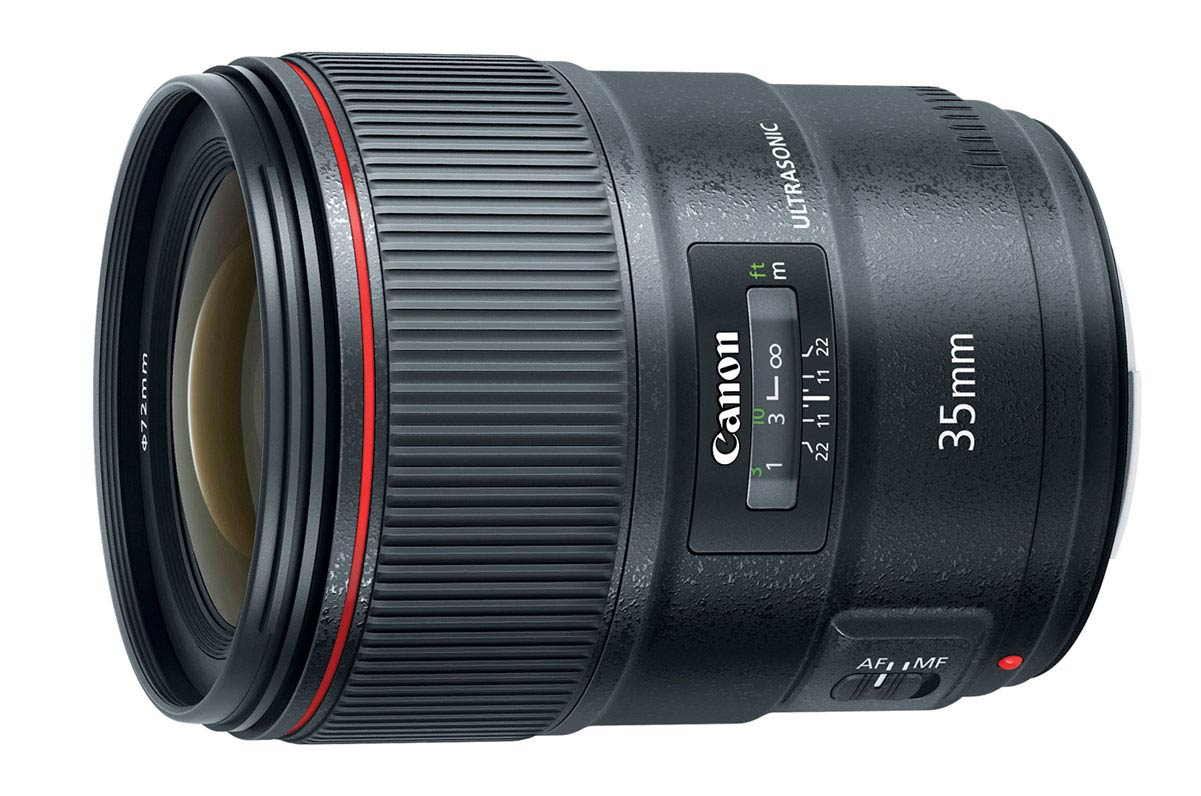 Last evening, Canon officially announced the new EF 35mm f/1.4L II lens, a replacement for the original that was released in 1998. Those of you who have seen my comparison of the older Canon lens with the Sigma ART series lens know that the performance of the original was underwhelming when paired with high-resolution, modern cameras, especially at Canon-L prices.

The mark II aims to repair Canon’s reputation on that count. Like the Sigma, it is a surprisingly large, heavy lens… significantly larger than the previous model, at 105.5mm long and 760g (compared to the 86.4mm and 580g of its predecessor). The new lens has 14 glass elements in eleven groups, compared to eleven elements in nine groups in its predecessor. But it’s not just optically re-designed: the new lens makes use of a novel type of glass, dubbed “Blue Spectrum Refractive Optics [BR Optics]” by Canon. This 35mm lens is the first of Canon’s lenses to use the newly developed material which boasts never-before-seen chromatic aberration correction. The lens also contains two aspherical elements and a UD element, as well as Canon’s best lens coatings.

The lens is dust and water resistant, and uses a fast-focusing ring-type USM motor. It can now focus as close as 11 inches and has 72mm filter threads.

Following the tradition of recent Canon L lenses, though, the price has gone up with the weight. While the Sigma Art lens costs about $899, we can expect the Canon to cost $1799 when it becomes available in October.

It can currently be pre-ordered online from : 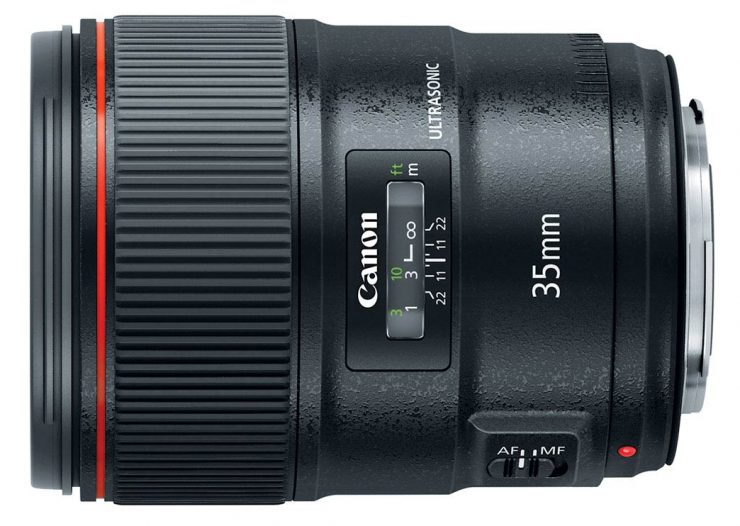