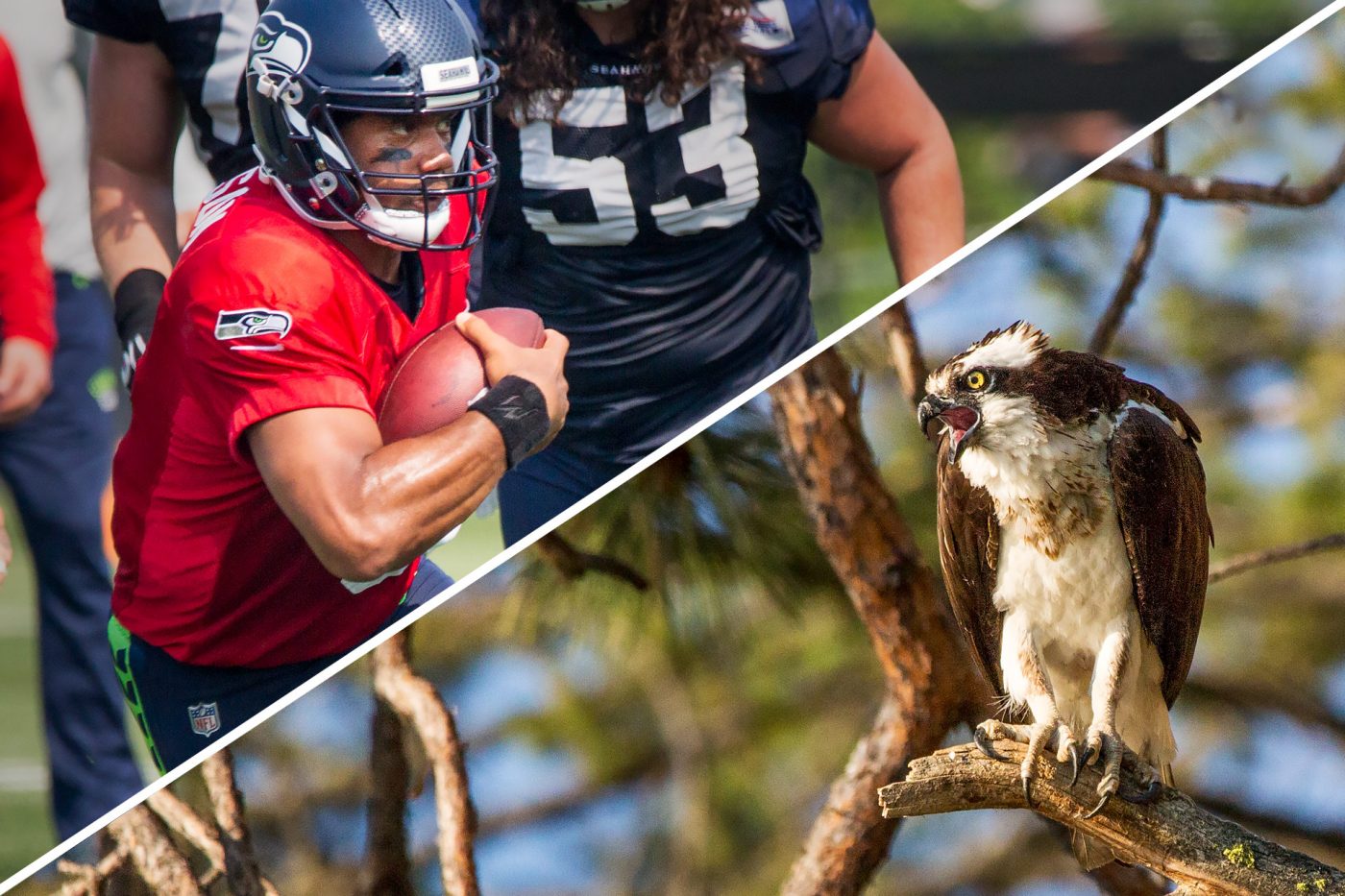 Ospreys and Seahawks: A Cursory Review of the Sigma 150-600 C Lens

Early last spring I ran across the Sigma 150-600mm f/5-6.3 C lens for a good price ($811) and ordered it, thinking that it would be useful to have a relatively compact 600mm lens handy in my everyday kit. For a while, I was wrong. I didn’t have many opportunities to give it much use, much less a thorough test. Over the past couple of weeks, though, I’ve taken some shots with it, and am starting to form an opinion. That said, consider this a preview for an upcoming Sigma vs Tamron 150-600mm G2 video in the lens comparison series. 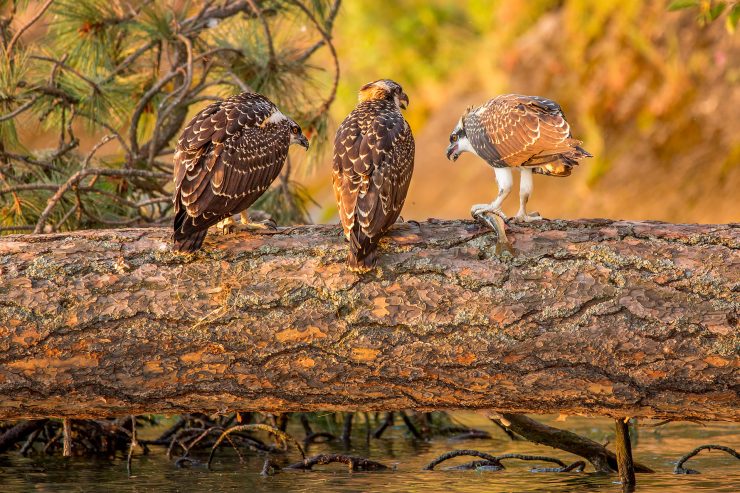 After spending some time near Glacier National Park, I went down to Flathead Lake to my family’s old cabin. Not far away, a tree topped by an osprey nest had fallen into the lake. The young ospreys were not yet able to fly away, so they just loitered around on the tree, waiting for room-service. I went out around 6:30 one morning with the Sigma 150-600mm C, mounted on a tripod, to take some pictures.

Even at ISO1600, I had difficulty getting action-stopping shutter speeds at f/6.3, the lens’s maximum aperture at 600mm. Until the sun was fully above the horizon, 1/400th second was about the best I could do. I probably should have pushed it up to ISO3200, but the birds were just standing around… I didn’t expect to shoot any action.

The birds’ mother flew in and out with fresh fish, and then sat in a nearby tree keeping an eye on me.  As I sat watching the ospreys, a deer wandered into the yard to steal apples off of the lakeside tree, and I decided to take a few photos of it, too. Again, before it was in the direct sun, I got a little motion blur.

I was happy with how the lens performed, in general. As long as I kept the lens steady, the images were wonderfully sharp… though I was not at all impressed with Sigma’s implementation of OS in this lens. At 1/200 – 1/400th second, a tripod was still necessary. Autofocus seemed fine; not zippy, but accurate. I did have trouble catching birds in flight, when they appeared unexpectedly, but that was probably my fault as much as the lens’s.

A couple of days later, after looking through my osprey images, I decided to take the Sigma (in addition to the faster, f/2.8 lens that I’d normally carry) to the Seahawks training camp to see how the lens would perform in good light, shooting action.

Again, I was pretty happy with the image quality for relatively stationary subjects. This time, I was shooting hand-held, and although I’m not a bulky guy, I didn’t have any trouble handling the weight of the lens. That was a nice change. I generally shot at shutterspeeds above 1/1000th sec., and didn’t have any problem with camera shake.

Shooting action, though, was a bigger problem. I managed to get some shots in focus where the action was moderately predictable, and I was just shooting one or two shots in a row.

However, I missed focus on lots of easy shots. On one play in particular, quarterback Russell Wilson held onto the ball for a planned run, and left the pocket heading right toward me with no blockers in sight. I would have trusted my EOS A2 to get these shots in focus back in the mid 1990s, with a good lens, and the Sigma couldn’t track him reliably. The first shot I took was in focus (and maybe the second), but each shot that followed was more and more back-focused as he headed down the field. On another, I tracked wide-receiver Paul Richardson from the snap, but after the first shot, I inexplicably lost focus, only regaining it a split second after the play was made. This was common throughout the morning.

At other times, though, the lens/camera managed to keep up without any real trouble. For example, Tyler Lockett was running warm-ups towards me, and I tracked him just fine (one shot out of a dozen was out of focus), and I caught several other running plays, like this one of (now released) Kyle Coleman, that had plenty of foreground interference but the focus tracked well:

Perhaps this is why Sigma makes a “Contemporary” version of this lens and a “Sports” version. The focusing just doesn’t seem fast enough on the “C” lens to handle serious sports and action. It’s not impossible to shoot with it, but your percentage of good, sharp shots will drop below what is acceptable for professional use.

Keep in mind that I’m still just getting used to this lens, and I’ve found that most lenses will perform better in the hands of someone who has more experience.

I was impressed with the image quality produced by this lens. Even at f/6.3, details were sharp across the frame. Autofocus was accurate for stationary or slow/laterally moving subjects, but on the slow side for fast action heading towards the camera. The lens’s image stabilization isn’t exactly useless, but it’s pretty feeble.

For the price, it’s a great wildlife lens for the casual or advanced amateur photographer. You may be frustrated by the occasionally out-of-focus frame, but the reach and image quality is wonderful for slow-moving objects and even much of the time with faster moving or more distant subjects.

If you’re more serious about sports photography but still want a lens that has a flexible zoom range and is moderately lightweight, I’d probably opt for the Sigma 150-600mm f/5-6.3 “Sports” version instead, if not one of the Tamron or Canon/Nikon competitors.

As usual, I’m happy to answer any questions that you may have about this lens or add any information that I may have left out, and of course, I’d love to hear about your experiences with the lens, regardless of whether they’re the same as my own. Just let me know in the comment section below!