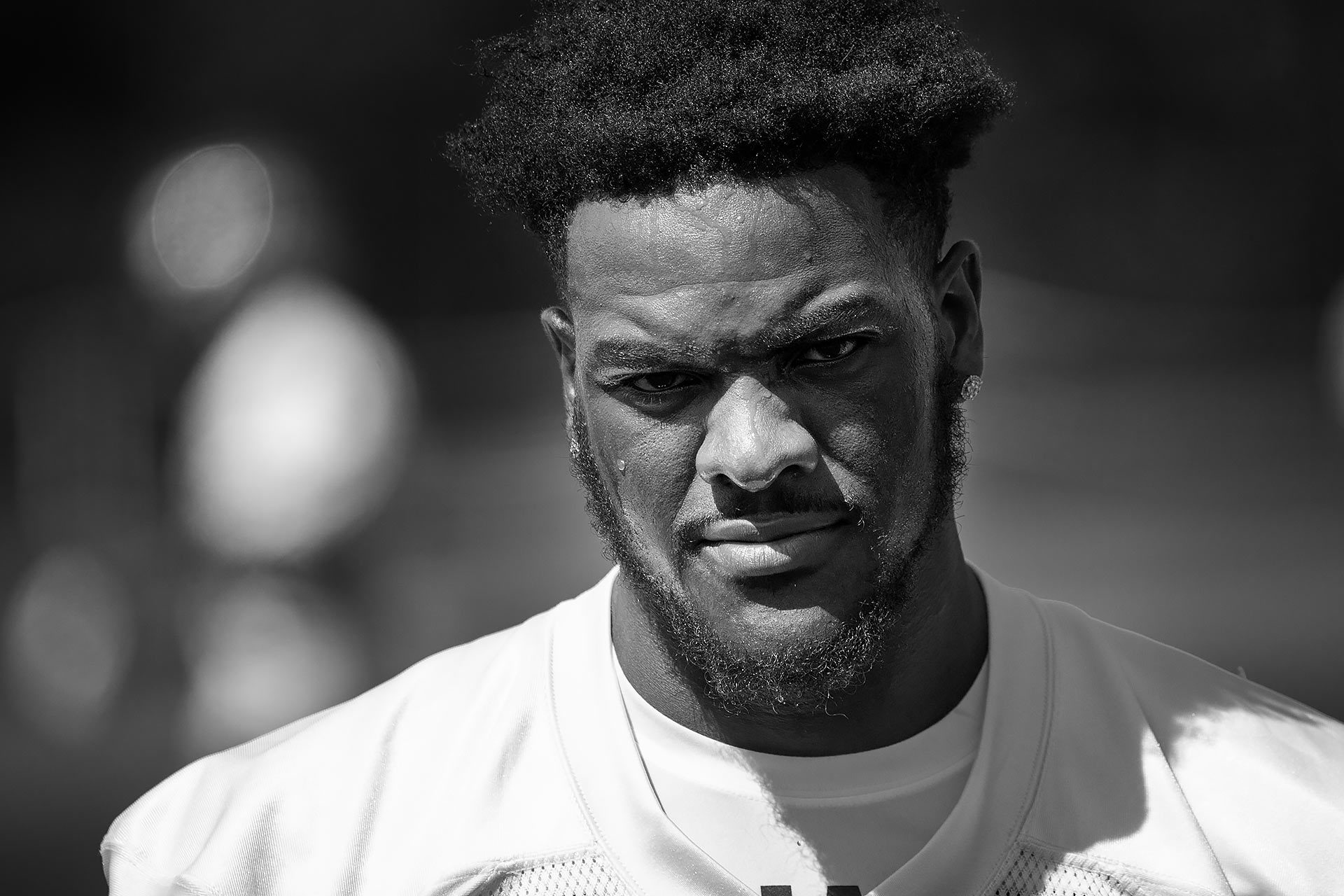 Is the extra reach of a 600mm lens worth lugging around the extra size and weight?

About a year and a half ago, I bought the Sigma 150-600mm f/5-6.3 Contemporary lens. I don’t photograph wildlife very often these days, but I wanted a lens handy for those occasional times when I needed some extra reach. I ended up keeping it in the trunk of my car, permanently, for those times when I’d spot some wildlife from the road, but I also got some use out of it for shooting sports. It’s cheap for a 600mm lens, at about $999 (or even less).

Just months after I purchased the lens, though, Sigma announced a new lens: a more compact 100-400mm f/5-6.3. With a similar price tag (about $700, now) and identical aperture range, I was initially surprised that anyone would consider trading the extra reach for a smaller lens, but I quickly started hearing from readers that this was the kind of thing that they were looking for, so when Sigma sent me one to test out, I was intrigued to find out which one I’d prefer using myself. This is what I found.

Size and weight are the only reasons that I’d consider going for the smaller lens, here, though for some people, especially APS-C camera owners, the reach of a 400mm lens is sufficient. You’ll have to decide based on what kind of work you shoot, but when it comes to bird and wildlife photography, I find that more reach is always better.

The Sigma 150-600, on the other hand, weighs 4.3lbs and is just over 10 inches long, with its hood adding another 3.5″ to that length. It looks pretty impressive, if you’re the type of photographer who cares about that sort of thing. Sometimes looking the part is important, after all.

It’s worth mentioning that both lenses are compatible with the Sigma dock, but only the 150-600 ships with a tripod-mount collar. The 100-400 is just small enough that you can probably get by without one, which is good because you’ll have to…. there’s no accessory collar available.

Let’s start off with the basics: how big a difference is there, really, between a 400mm and a 600mm lens? Is 400mm enough? I can’t answer the second question for you, but I can give you an idea of the difference.

Here’s an image I shot with the 100mm end of the 100-400mm zoom lens from Queen Anne Hill in Seattle, with Mt. Rainier in the background.

I re-framed and shot the mountain peak, and also the top of the Space Needle at 400mm and 600mm. The differences can be seen here (click to enlarge).

Similarly, I shot the downtown scene at 100mm and at 150mm, the near end of each zoom. In this case, the wider lens offered a much more attractive field of view, being able to capture the skyline and Mt. Rainier at the same time, but of course, the practicality of a particular lens depends entirely on your goals and location.

The differences are minimal at this resolution and are confounded by the slight difference in focal length2 This is more than the 3mm difference; likely the 400mm end of the 100-400mm lens does not quite reach a true 400mm focal length, as is the case with most zooms. and the mile of air between the lens and the subjects.

Out of curiousity, I decided to see what the image quality from the 400mm lens would look like if it were scaled up to match the resolution of the 600mm. Does it play out as expected?

Yes, the scaled-up image quality is really quite bad compared to the native 600mm, as expected.

It was mid-winter when I started testing these lenses, and I wanted to check their autofocus capabilites, so I began by looking for some winter wildlife. Unfortunately, even with a 600mm lens, the harbor seals in Port Gardener Bay stayed beyond of my reach.

Football season was long past (for the Seahawks and local schools, anyway), and long telephoto zooms like these are no use for indoor basketball. So, I headed up to Stevens Pass to see how things looked on the slopes.

And there, I had better luck. With the reach of these long lenses, I didn’t have to hike too far up the mountains to catch the action. I took several hundred shots, and had no trouble with either lens tracking skiers and snowboarders as they shot down the runs. Autofocus performance was very similar between the two lenses, and they both did well after achieving initial focus, which was sometimes slow.

I was hoping that I’d find a major difference in autofocus speed or tracking capabilities to give me a good reason to recommend one lens or the other, but with my Canon 5D Mark III, the tracking was quick and reliable with both, even in poor light3 I misjudged how much daylight I’d have at the time of year in the mountains, and the northern slopes where I was shooting were in deep shadow for most of the time that I was shooting, which forced me to use an ISO of 3200 or higher to get decent shutter speeds. .

As a general rule, I was always happy to be carrying around the lighter 100-400mm lens while I was moving, but there was rarely a time when I was shooting that I didn’t wish I had a little more reach.

In fact, when shooting with either of these lenses, I found that I shot overwhelmingly at the long limit of the zoom range, either 400mm or 600mm. Shooting at sports events with the 600mm end gave me the freedom to capture more intimate, portrait-like shots of players. On this particular day at the Seahawks practice facility in Renton, WA, I shot 496 shots with the 150-600mm lens. Of those shots, 306 were at 600mm, and another 88 were shot between 500 and 600mm (mostly just below 600mm).

Both lenses are excellent for providing sharp, close-up details of small or distant subjects, but more importantly to me is their ability to compress distant backgrounds into a frame and to isolate interesting shapes and patterns for better compositions. Of course, that’s true of any long telephoto lens.

Where the coverage of these two lenses overlapped, I didn’t find any significant difference in image quality; they were both sharp and moderately contrasty, without too much distortion, though there is some pincushion at the telephoto ends that needs correcting. And while they are sharp, they do not have the vibrance and contrast of a Canon “L” prime telephoto, which is to be expected, since these Sigma lenses are about 1/10th of the cost. However, a modicum of judicious post-processing brings them very close.

Autofocus was also accurate and moderately fast, though achieving initial focus can sometimes be slow.

So, should you get the 100-400mm or the 150-600mm? Since there are no major differences in image quality, you can safely make the decision based on your knowledge of yourself as a photographer. The 150-600 will give you better zoom range and, thus, more detail when shooting distant subjects, but only if you’re willing to carry it. If you’re the type of photographer who is going to leave it behind because you don’t want to deal with the size and weight, it won’t do you any good… of course, the best telephoto lens is the one that you have with you.

If you’re going to be traveling light with your equipment and have limited space in your luggage, then the choice is obvious: the 100-400mm is an excellent choice and gives you great image quality and reach.

However, if you’re not absolutely constrained by size restrictions and you think you’ll be able to force yourself to carry the extra weight, I recommend going with the 150-600mm lens. It covers almost the entire range of the smaller lens but gives you enough more to really make a difference, particularly with skittish wildlife. Incidentally, I bought the cheaper (about $810) “international version” and purchased a 3rd party warranty with it that gave me broader coverage, and still ended up paying less.

As usual, I’m happy to answer any questions that you might have about these lenses and their use. Just let me know in the comment section below.