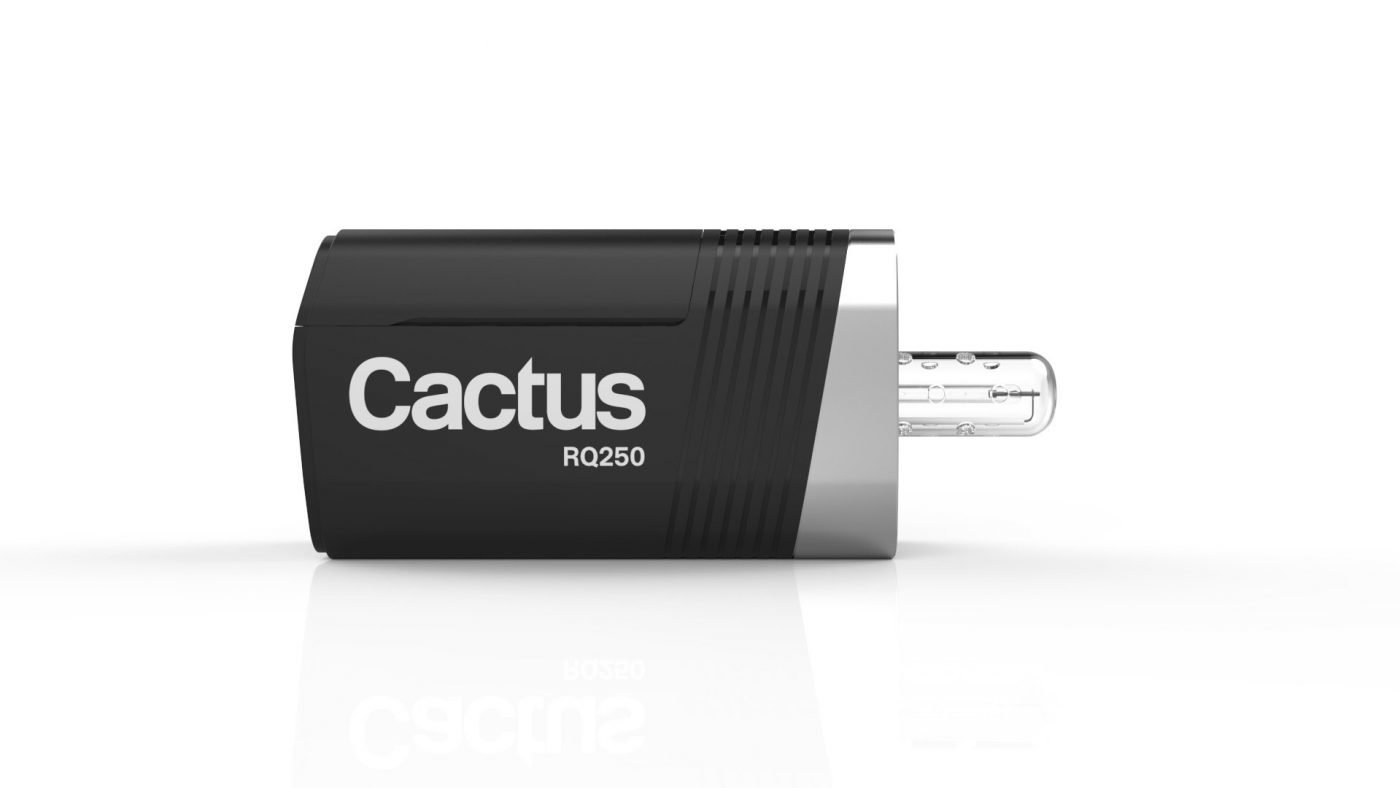 In the midst of the flurry of announcements at WPPI and CP+ last week, Cactus quietly announced the RQ250 portable monolight, a palm-sized 250 watt-second, battery-powered flash unit that will support TTL, high-speed sync, and feature an LED modeling light. Despite its diminutive size, the monolight will be fan cooled, making it reliable when pushed hard, even in hot environments, according to Cactus. Battery life is expected to hold up for 400 full-power flashes.  With a built-in wireless receiver, the RQ250 will be compatible with the Cactus V6 II and V6IIs triggers, with cross-platform support for every major camera brand, and Sigma cameras.

Depending on the RQ250’s price, it may provide competition for the popular Godox AD200 which is prized for its power (200w/s) and compact size. When shooting with a bare bulb, the RQ250 is shorter but thicker than the Godox, though the standard reflector head on the Godox makes them very similar in length. No weight specs are currently available for the Cactus, but it is likely to be considerably heavier than the Godox.

The market is now replete with powerful, portable flash units, many of them quite cheap. Generic flashes like the Neewer Vision5 provide similar functionality: TTL, HSS, and wireless triggering and at significantly higher power levels (400ws in this case) for only $299, the same price as the Godox AD200, but they’re large and heavy, and less nimble for use when lighting on-location. Small flash units like the Godox (and perhaps the Cactus RQ250) can be mounted to small multi-clamps and for lighting sports arenas, wedding venues, and other locations where good light is necessary but tricky to find.

Still more powerful and equally compact (though somewhat less elegant) are the bare-bulb style speedlights that are also readily available on the market. The Godox/Neewer/Flashpoint AD360II provides blasts of 360w/s, but costs about $200 more than the AD200.

According to the Cactus press release, the RQ250 will be available during the summer of 2018, though no price has been announced.