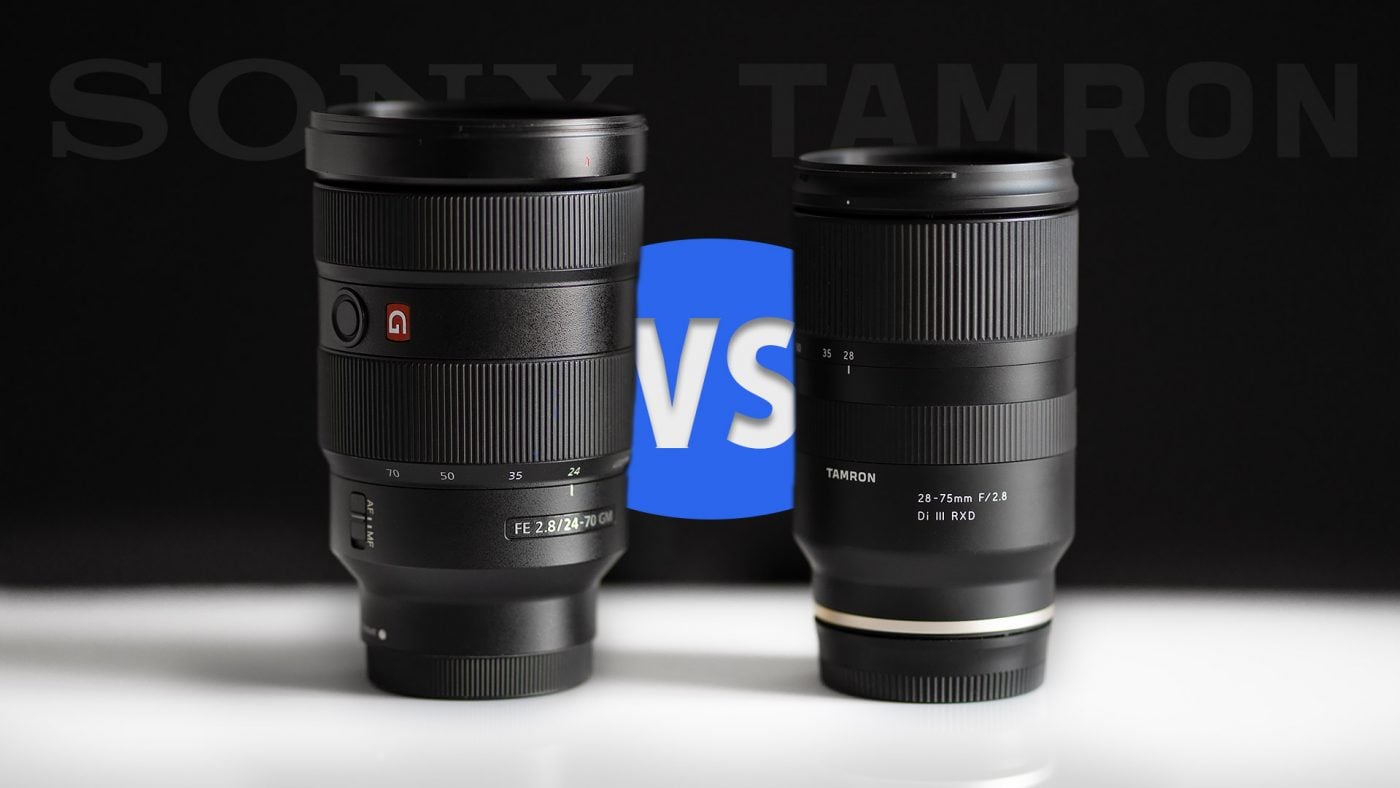 When the Tamron 28-75mm f/2.8 lens was announced last spring, I was immediately intrigued by its compact size and low price, but I had concerns about the loss of 4mm at the wide end of the zoom. For the past three months, I’ve been testing the lenses to check resolution and sharpness, autofocus, and suitability for general use. My findings are in the video above, with additional details below.

First, after three months of using the Tamron lens, I found that for the way I shoot, the 28mm angle of view at the wide end was not a major problem, although I can imagine that it would be for some photographers, especially landscape shooters.

The difference in overall angle of view is not dramatic, but it is certainly noticeable. For most nearby subjects, it’s easy enough to take a couple of steps back to fit a little more into the frame. For more distant subjects and backgrounds, however, just a few steps back won’t make much of a difference.

More importantly, though, the perspective of a 24mm lens simply can not be matched with a 28mm. Suppose, for example, that you want to take a landscape photo with a particular flower in the foreground and with a group of mountain peaks in the background. If those peaks are just filling the frame at 24mm, then they will be cropped from the same location with the 28mm.  If you start moving back to get more of the peaks into the frame, then the foreground flower will quickly get very small. This is why true wide-angle lenses are sometimes indispensable.

At the opposite end of the zoom range, the difference is not important. While the Sony does not reach 75mm, it can be cropped to provide the same perspective with a very modest (10% or so) reduction in overall resolution. On the Sony A7RIII, this amounts to a loss of about four megapixels.

The video here shows two additional examples of image quality with these lenses, though they’re not really any different from the ones in the main video above. This temporary video will be replaced soon.

The Sony 24-70 is known for its first-rate resolution numbers1 https://www.lensrentals.com/blog/2016/04/sony-goes-world-class-the-24-70mm-f2-8-gm-mtf-and-variance-tests/ , though in my own lens, I have found the performance to be great but not noticeably better than other lenses in the class. In any case, I was interested to see how the  Tamron compared in real-world use.

What I found was a little surprising. At the wide angle end of the zooms (both tested at 28mm), the Tamron was slightly sharper in the center at f/2.8 – f/4 but the Sony was sharper away from the center and towards the borders of the frame.

It is worth noting that I’ve only tested one sample of each lens at this point, and these samples may not be typical of overall performance for the lens models more generally. I can only report on what I’ve seen, though.

To test autofocus, I shot several youth basketball games with both lenses, and also photographed skaters at my local skate park with the Tamron.

Again, after months of testing, I didn’t notice any difference in autofocus performance between the two lenses. Both are fast and accurate, and both allow the camera to lock onto faces/eyes with ease.

However, it is worth mentioning that with both lenses, whenever I zoomed the lens while tracking a moving subject, I lost focus. This probably says more about the camera’s autofocus system than the lenses, though.

Almost all lenses display some level of vignetting at large apertures, and it is rarely a serious problem. Many photographers add vignetting to their photographs to help draw the viewers eye toward the center of the frame, and when it is not wanted, most RAW processing software can correct for it with no trouble.

That said, the Tamron’s compact size contributes to fairly heavy vignetting in the lens, particularly at the 75mm end, which is a little unusual. Darkening is visible in the corners at apertures as small as f/5.6, and the darkening extends well into the frame at f/2.8.

On the other hand, vignetting is very well controlled in the Sony lens, with only a hint with the lens wide-open at the 75mm end, and a very modest about between f/4 and f/2.8 at the wide end.

One of the strengths of the Sony lens is its relatively smooth handling of the out-of-focus areas of the image (commonly known as bokeh).  In general, the Sony’s bokeh produces rounder highlights with smoother borders, while the Tamron’s highlights are more “nervous” with sharp, highlighted borders. Which one you will prefer is entirely a matter of personal taste, but the difference is significant.

For those photographers who don’t absolutely need a 24mm lens, or who own a 16-35 or similar lens to handle that range, the case for paying the extravagant amount that Sony wants for the G Master lens is very weak.

The Tamron lens is significantly sharper at the 70/75mm end of the zoom, and comparable at the wider end, especially in the center, but also across the frame when stopped down to f/4 or f/5.6.

The size and weight of the Tamron is very convenient for photographers who need to travel light, and the build quality is good, and the autofocus is comparable to the Sony.

Given the $2400 price tag of the Sony lens, the difference in price with the $800 Tamron is very hard to justify, unless of course you really need a true 24mm lens and don’t have a 24mm prime or 16-35mm zoom. In that care, there is no substitute for a true 24mm, and the Sony is a great choice.

For most photographers, though, I recommend the Tamron 28-75mm f/2.8 lens.

As usual, I’m happy to do my best to answer any remaining questions that you might have. Have you had a different experience with either of these lenses? Let us know in the comment section below!
And as always, the links and ads on this page are affiliate links that provide financial support for more videos like this. If you’re in the market for a new lens, please consider purchasing through our links. It won’t cost you any extra, and it will help support my work.
Buy the Tamron at B&H :   $799    or   Buy the Sony at B&H : $2198