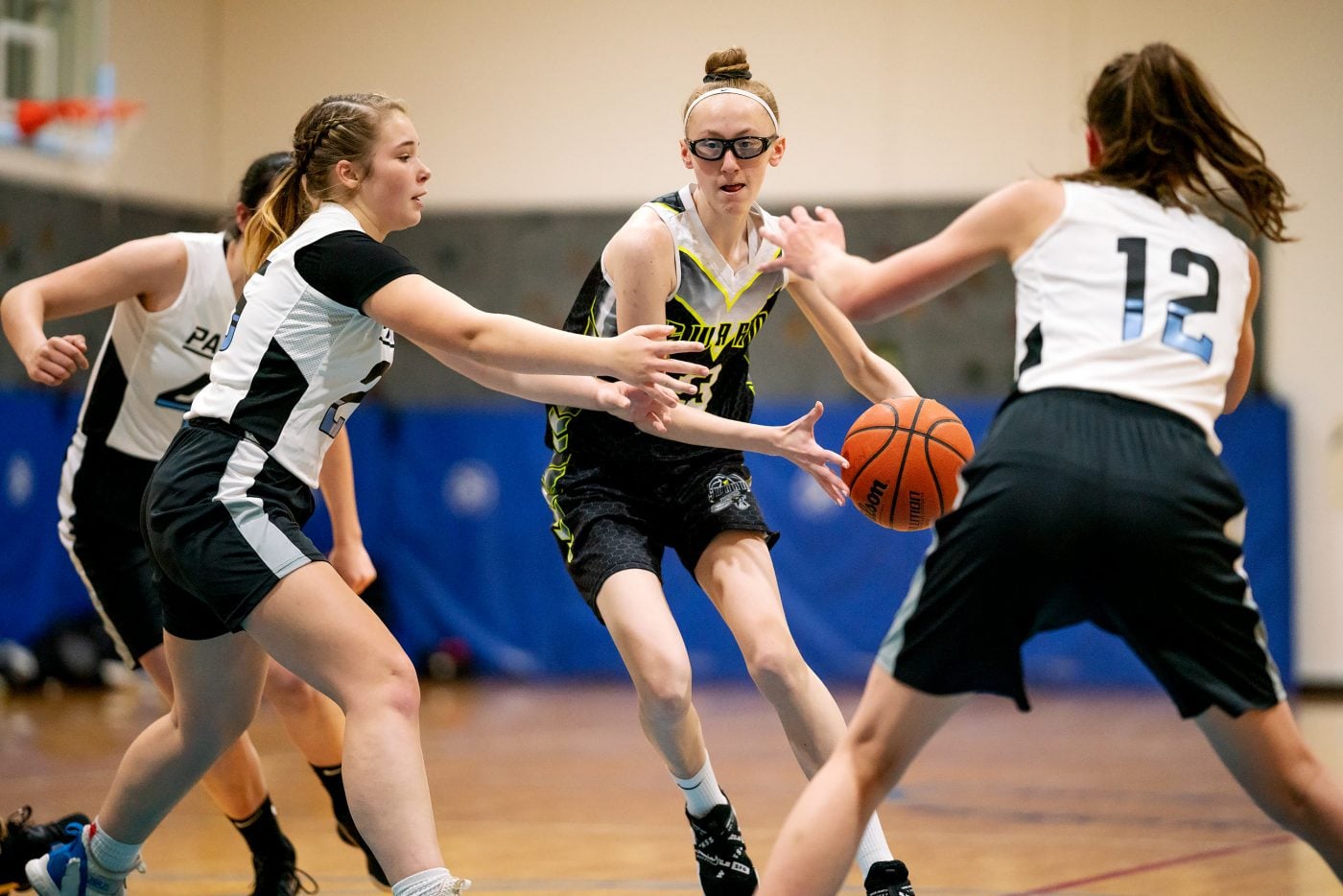 A couple of months ago at WPPI, as I stood around in the Sony exhibit chatting with some other photographers about the Sony 135mm f/1.8 GM lens we were using, someone said “This lens focuses so fast, I wonder what it would be like to shoot sports with it?” You’d have to be a little crazy to do it, I thought: the depth of field would be terribly shallow, and the focal length isn’t really ideal for any sport (too short for football, too long for basketball) … but of course, the f/1.8 aperture would provide a nice amount of light and background separation.

When the lens arrived in the mail, the thought was still lingering in the back of my mind, so I decided to give it a shot.

Girls basketball is probably the ideal sport to test a lens. There’s plenty of quick action, and the lighting is invariably awful. Even when a tournament is being played on multiple courts at a large venue, the girls tend to get stuck out on the smaller, darker ones.

And the Sony GM’s speed was great, as it turned out. Even when players were only a few paces away from me, it tracked their faces and kept them sharp (more reliably than I could manage to keep their faces in the frame, that tight). But it wasn’t just that the AF mechanism was fast, it was also that the lens was responsive. When I changed from one player to another, the Sony grabbed focus immediately (unlike the Sigma 135mm f/1.8 ART lens, which sometimes just seemed to sit there and do nothing for a moment before getting started again. More on that in an upcoming video).

I shot the next game with the Sigma equivalent in Sony E-mount, and I also got plenty of decent shots. The autofocus was slower than the Sony but still fast enough, generally. The problem that I ran into with the Sigma was only that it wasn’t responsive enough; sometimes it seemed to just give up, and focus wouldn’t update focus or even hunt for focus.

Conclusion: Would I Shoot Sports With the Sony 135mm f/1.8 GM Lens?

However, for those shots where I’d normally use the 70-200mm lens, the 135mm f/1.8 is a surprisingly good alternative. Unless I’m using a super-telephoto, I generally will use zoom lenses if I can for shooting sports. The flexibility is just too important to give up, especially when shooting at high ISO and I want to avoid cropping as much as possible (since it makes noise so much more prominent).

Ultimately, I wouldn’t buy the lens to shoot sports… but if I were in the market for a good portrait lens, the fact that I could also use it to shoot action or events would give me a good firm push in the direction of the Sony 135mm f/1.8 GM lens.