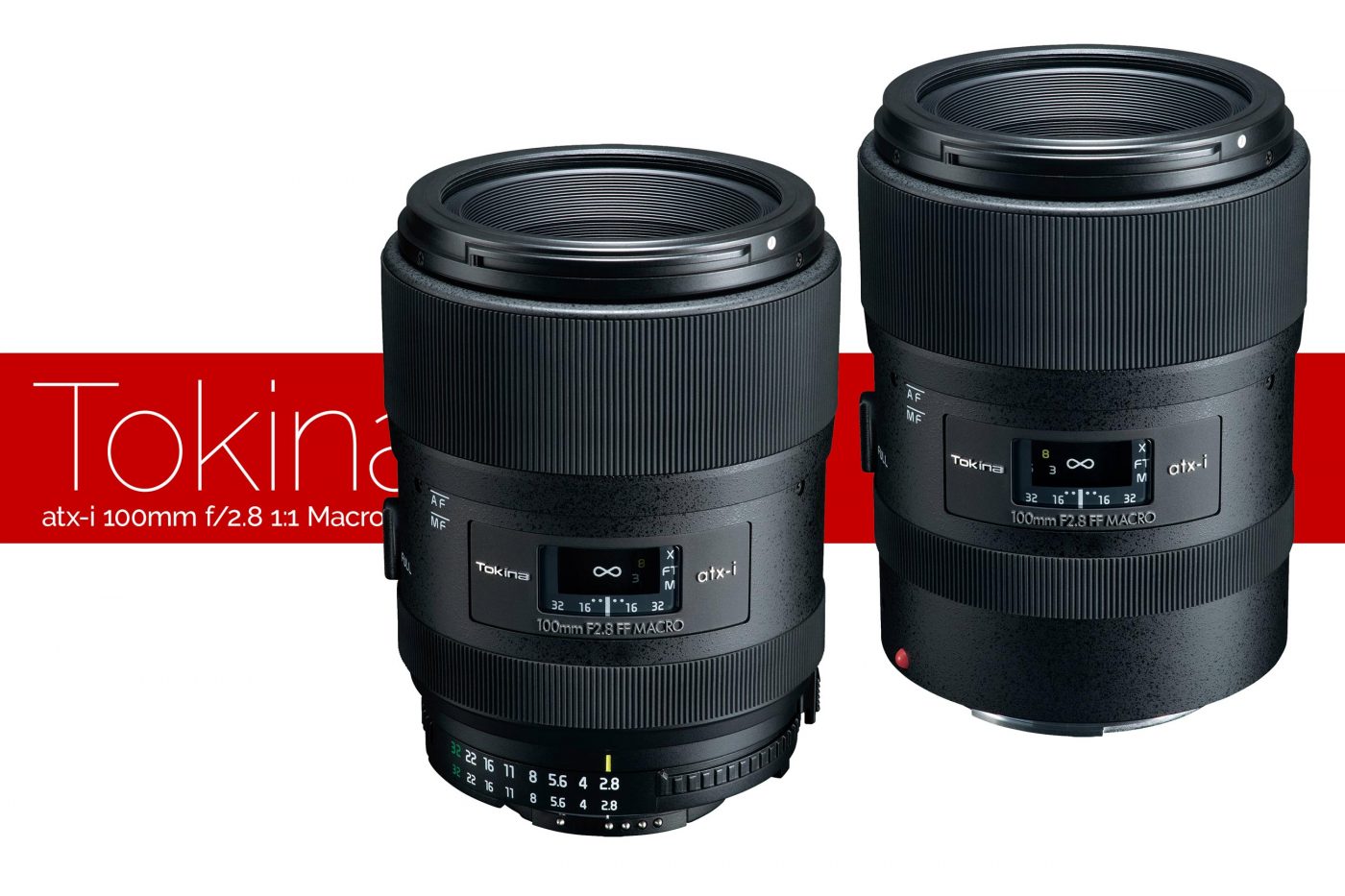 This evening Tokina officially announced the atx-i 100mm F/2.8 Macro FF lens, a true 1:1 Macro lens for Canon and Nikon DSLRs. The lens comes in at a very reasonable price for a full-frame macro: only $429.

Last April, Tokina announced a Firin 100mm f/2.8 Macro for Sony E-mount, and unsurprisingly, the two new lenses use the identical optical formula and share the same basic specifications (and Tokina has published identical MTF charts and lens diagrams for them). All three of the lenses contain 9 glass elements in 8 groups, with a minimum focus distance of 11.8″ (30cm) from the sensor (roughly 4.5″ of working distance from the front element).

It’s worth noting that all three of these lenses also share the optical formula of the Tokina AT-X 100MM F/2.8 PRO FX MACRO, which was released in 2009. I’d like to think that the differences between the new models and the old are more than cosmetic, but like the original lens, the new atx-i model for Nikon DOES NOT HAVE AN AUTOFOCUS MOTOR, and will be a manual-focus lens if you own a Nikon D5000 or D3000 series camera, or any other models that does not have a built-in motor.

While the lens is a very attractive option for Sony E-mount, as many models have IBIS, the lens itself does not have image stabilization built in, making it somewhat less practical for Canon and Nikon.

That said, the Tokina 100mm Macro lenses have always been incredibly sharp, with well controlled distortion and color fringing (also improved with new lens coatings) and attractive bokeh. If you’re looking for a solid true Macro lens that won’t break the bank, the Tokina is a good place to start (unless you own a Nikon D5000 series camera).

Just in time for Christmas, both lenses should begin shipping in early December. If you’re ready to give them a try, you can pre-order yours from B&H (Canon or Nikon) for $429.