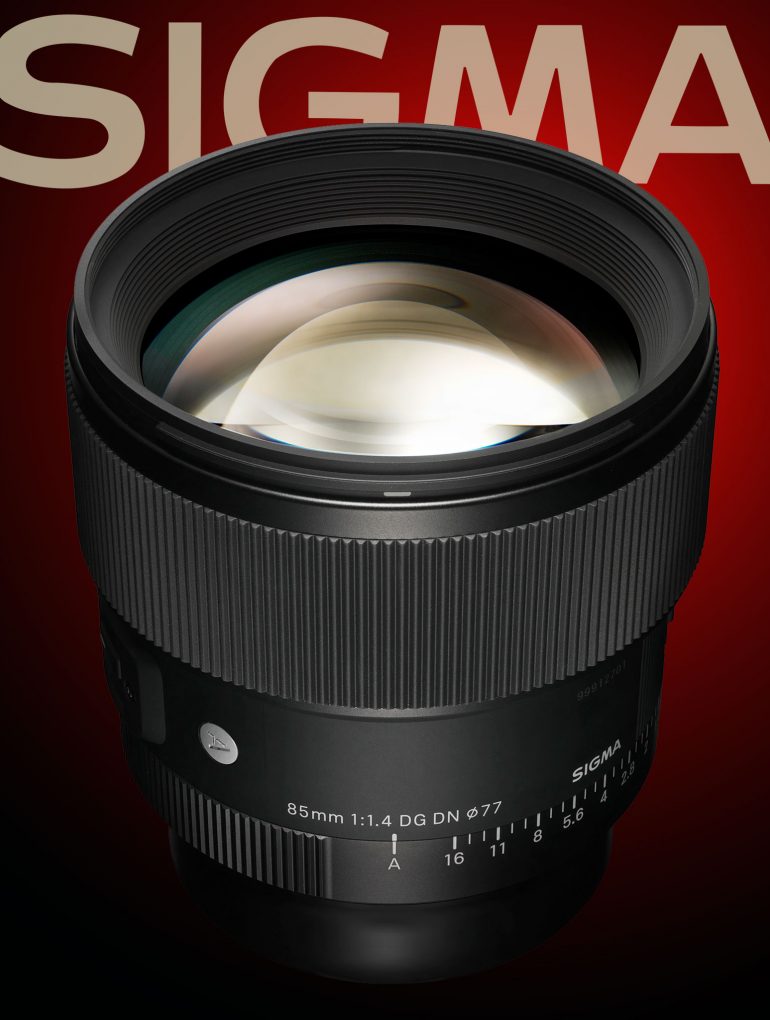 Weighing only 630g (1.38 lbs), the new design is dramatically smaller and lighter than the older HSM version which weighs 1013g (2.49 lbs). While the old model had gigantic 86mm filter threads and was 5 inches long, the new model has more modest 77mm threads and is just 3.78″ in length. The smaller size and weigh help the lens’s stepping motor maintain fast and accurate performance.

Despite its compact size, the new model has packed an extra optical element into its design, now including 15 elements in 11 groups, with five SLD elements and an aspherical element. Sigma claims that the thoroughly tested design will offer record-setting high resolution from center to corner, with special care paid to correcting axial chromatic aberrations. Sample images show that the lens offers even higher resolution than the already impressive HSM model. A full-resolution gallery is available here.

And for those who may be using the lens in the field rather than in the studio, the new Sigma 85mm f/1.4 DG DN ART is also weather sealed.

Those of you who remember my complaints about the aperture ring from the Sony 24mm f/1.4 video will be pleased to hear that this lens will not spark any new complaints in that regard: the manual aperture ring (which can be de-clicked for smooth transitions during video shooting) on Sigma’s lens has a lock button to hold it in the “A” position. Good work, Sigma. The lens also has a Sony-style “AF Lock” button on the barrel.

The new Sigma lens is already available for pre-order at B&H and Adorama at a cost of $1199, though shipping dates have not been finalized, but are expected to be in August of 2020.