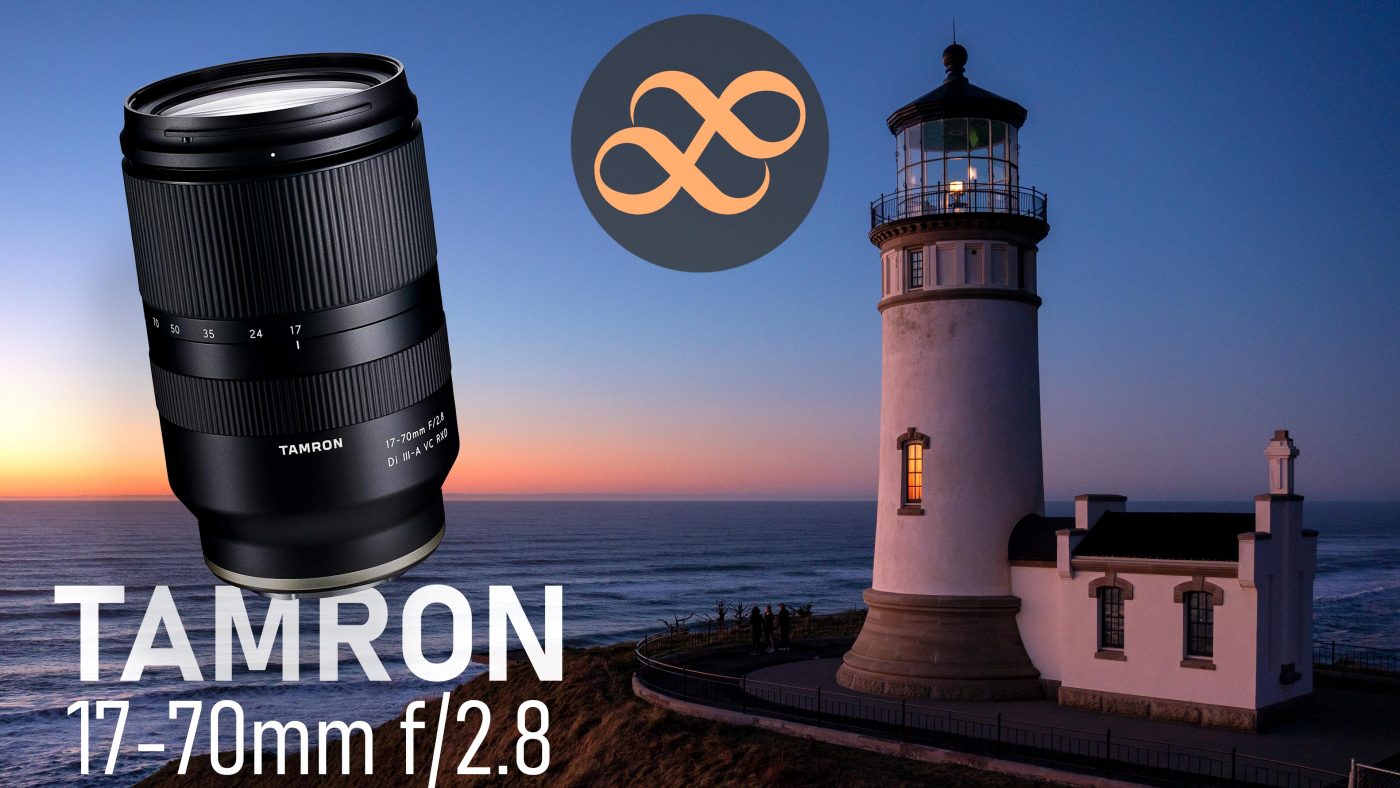 The Tamron 17-70 f/2.8 VC for Sony E-mount is a lens without much competition right now: it has a wide to mid-telephoto zoom range (equivalent to a 25.5-105mm equivalent angle of view), a constant f/2.8 aperture available, image stabilization, and excellent image quality, all for about $799. The next closest competitor is the Sony 16-55 f/2.8, a $1399 lens without image stabilization. So is the Tamron as good as it looks? Yes, but of course, it’s not really perfect.

In my testing, the Tamron 17-70 f/2.8 VC showed remarkably good resolution throughout the zoom range, from center to edge. It’s especially strong at the wide end, but the loss at 70mm is negligible and still excellent. As you’ll see in the examples below, the center sharpness of the Tamron 17-70mm is as good as any lens that I compared it against, including my Sigma 70mm f/2.8 Macro prime lens.

I began my testing by comparing it to the kit 16-50mm f/3.5-5.6 OSS lens on a Sony a6300, and the results were predictably bad for the Sony, which looked like an ugly mess in comparison (see video for comparison).

Following my initial tests, I compared the resolution of the Tamron 17-70 against the Tamron 28-75 and 17-28mm lenses, where they overlapped with the 17-70. Here, I expected the full frame lenses to benefit from the “sweet spot” effect, and was mostly hoping that the 17-70 would come close to their resolution away from the center.

But as you’ll likely notice in the images above, at 70mm, the Tamron 17-70 f/2.8 VC is actually providing better resolution than the full-frame 28-75mm. Take a look at the tree branches in the lower, center of the frame, especially where they’re against the dark shadows towards the left. There’s a very clear difference.

Out at the edge of the frame, both in the center of the edge and the upper edge, the differences are very modest. I’d be hard pressed to choose which is better… and that’s more in line with what I was expecting.

At f/4, the 28-75 still lags behind the 17-70 a bit, but out towards the edge, the full-frame lens has grown significantly sharper, and is clearly providing better resolution than the 17-70 (which is also still quite good).

At f/5.6 and beyond, the Tamron 28-75 catches up in the center of the frame, and they’re identical for all practical purposes there. However, despite its improvement at the edge of the frame, the 17-70 is still just slightly softer than the 28-75. I don’t notice a difference at f/8, though.

Theoretically, my Sigma 70mm f/2.8 ART Macro prime lens is probably the sharpest lens that I own at that focal length, so I decided it would be worthwhile to see how the Tamron 17-70 f/2.8 compares.

Note the text on the “Park Closed” sign not for from the center, below:

In the center, wide open, the two lenses produce excellent resolution, and this time, the Tamron and Sigma are practically identical… though the Sigma prime may be measurably sharper. At f/4, there’s no real difference.

I expected the full frame lens to have a greater advantage away from the center of the frame, but again, they were very similar. There were some changes as I stopped the lenses down, though.

One of the advantages of using a large aperture lens is that it creates shallow depth of field, which has the potential to smooth out distracting details in the background and focus attention on the subject.

Of course, for those situations when you prefer to have a sharper background, you can always shoot the Tamron at a smaller aperture.

Like many modern lenses, the Tamron relies heavily on digital correction for handling optical distortion, and while I was able to get some basic results with in-camera correction for JPGs, there is not a lens profile for it in Lightroom / ACR yet.

Luckily, the lens does have it’s stock profiles for in-camera correction, and they do a great job when you’re shooting JPGs.

The Tamron 17-70mm uses an RXD (Rapid eXtra-silent stepping Drive) focusing motor, just like most of their best lenses for Sony E-mount, and in my experience with their 28-75mm, 17-28mm, 70-300mm, and others, these AF motors are fast and accurate, and nearly silent (especially in applications like the 70-300).

Unfortunately, with the current pandemic situation, I haven’t been able to shoot sports with it like I normally would to give the AF a thorough testing.

That said, for the shooting that I was able to do, the lens focused quickly and accurately on my A7RIII and a6300, so I don’t have any reason to believe that it will offer any special problems. I’ve used the 28-75mm f/2.8 to shoot tens of thousands of photos of basketball (and some limited video), and that lens performs perfectly.

It goes without saying that the Tamron 17-70 f/2.8 VC is larger than lenses of similar zoom ranges that have smaller apertures; in some cases, it is much bigger. That said, because it’s an APS-C optimized lens, it is considerably smaller than comparable lenses for full-frame cameras would be. It ends up nearly identical in size to the Tamron 28-75 f/2.8, but with a larger zoom range and VC (VC, or Vibration Compensation, is Tamron’s designation for optical image stabilization).

Manual focus is by wire rather than direct contact, but is my limited testing, it was smooth and easy to use. The ribbed zoom ring is large and easy to grasp.

It’s also worth noting that the lens has 67mm filter threads, which are the standard on all of Tamron’s Sony E-mount lenses, so if you own more than one, you only need to carry one filter.

As mentioned earlier, there are not many comparable lenses for the Tamron 17-70mm. The closest option is the Sony 16-55 f/2.8, which is not stabilized and carries a price tag of $1300-1400, depending on rebates.

The price is right in line with the Tamron 28-75mm f/2.8, which has no stabilization and a shorter zoom range, and, as it turns out, is not quite as sharp.

With its better than expected performance (and my expectations were high!) and its modest price tag for an f/2.8 lens, the Tamron is a great value.

It’s hard to get around this conclusion: the Tamron 17-70 f/2.8 VC is probably the best general purpose zoom lens on the market for Sony E-mount APS-C cameras right now. Though the Sony 16-55 f/2.8 G has a slightly wider near end and excellent optics, its lack of image stabilization is a deal-breaker for those shooting without IBIS1IBIS = In-body-image-stabilization. Most Sony full-frame cameras have it, but most of their APS-C cameras do not., and it costs $600 more than the Tamron when both are at full price. And there is really no other competition at f/2.8.

Considering its image quality, the Tamron 17-70 f/2.8 VC is a bargain at $799. It is lightweight, fast focusing, and covers a very useful zoom range. It does have its imperfections, with strong distortion (easily corrected, luckily) and not the smoothest bokeh. As usual, I’d prefer Tamron lenses to include AF/MF switches on the lens body.

Aside from these minor gripes, the Tamron is an outstanding lens and an excellent value. If you’re looking for an every-day shooting lens, a travel lens, or an event-coverage lens that will excel in a wide range of shooting situations, including low light, we highly recommend getting the Tamron 17-70 f/2.8 VC. If you can find one in stock!

Questions? Comments? Let me know in the comment section below. I’ll do my best to answer within 24hrs. 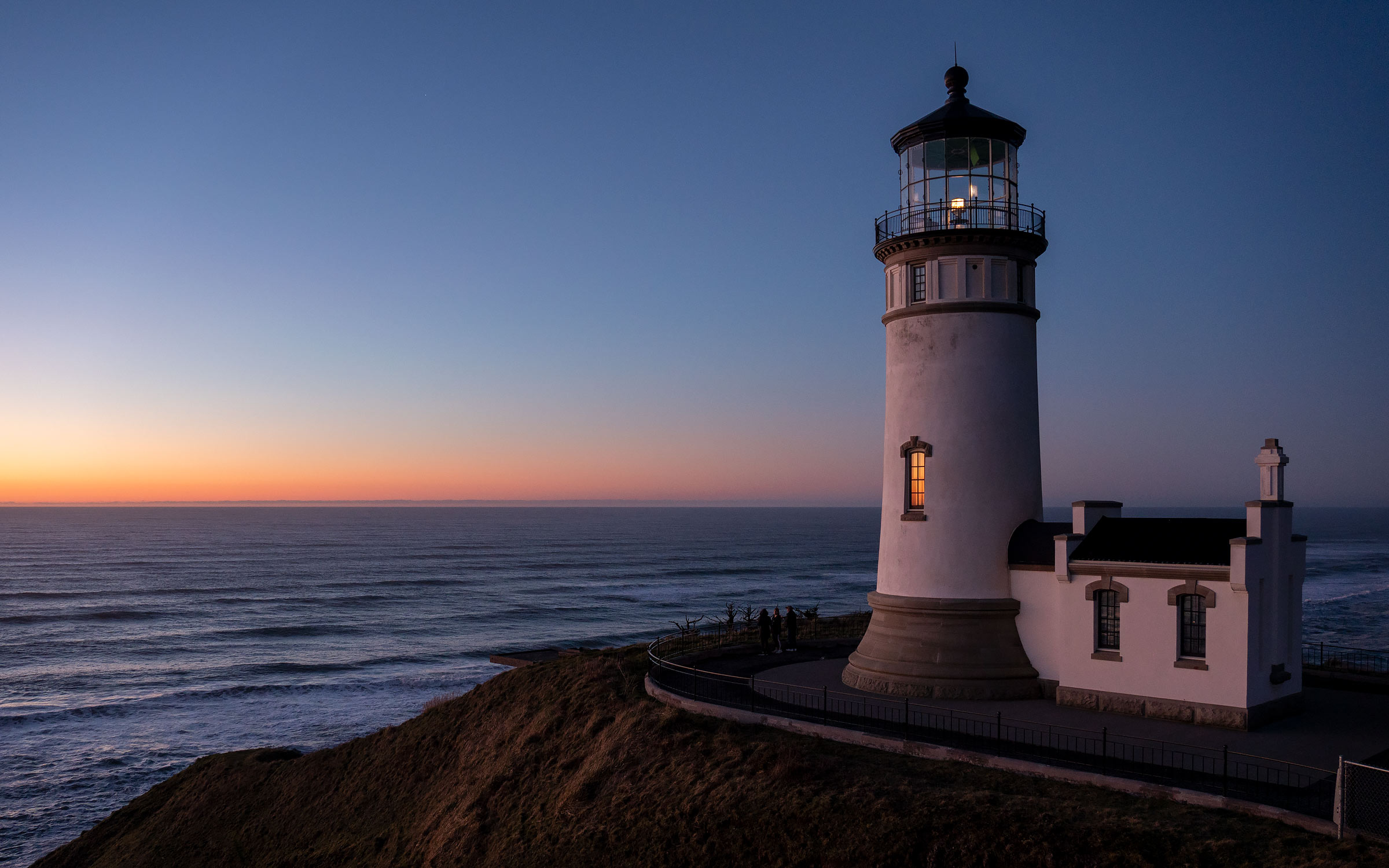 Tamron 17-70 f/2.8 VC Review: The Perfect Lens?
To Sum Up:
The Tamron 17-70 f/2.8 VC is a lens with remarkably good resolution, and understandably good low-light capabilities. It's an excellent value, and probably the best choice on the market right now for a general purpose lens for APS-C Sony E-Mount.
Resolution
9.7
Low-Light Shooting
9.5
Handling & Design
9
Autofocus Performance
9.5
Value
9
Reader Rating422 Votes
3.3
The Strengths
Excellent Resolution
VC is a Huge Plus
Very Good in Low Light
Useful Zoom Range for General Use
The Weaknesses
Mediocre Bokeh
Strong Distortion Needs Correction in Camera or in Post
9.3
Excellent.
Buy One and Support Our Reviews!
Buy at B&H PhotoBuy at AmazonBuy at AdoramaBuy at Focus Camera