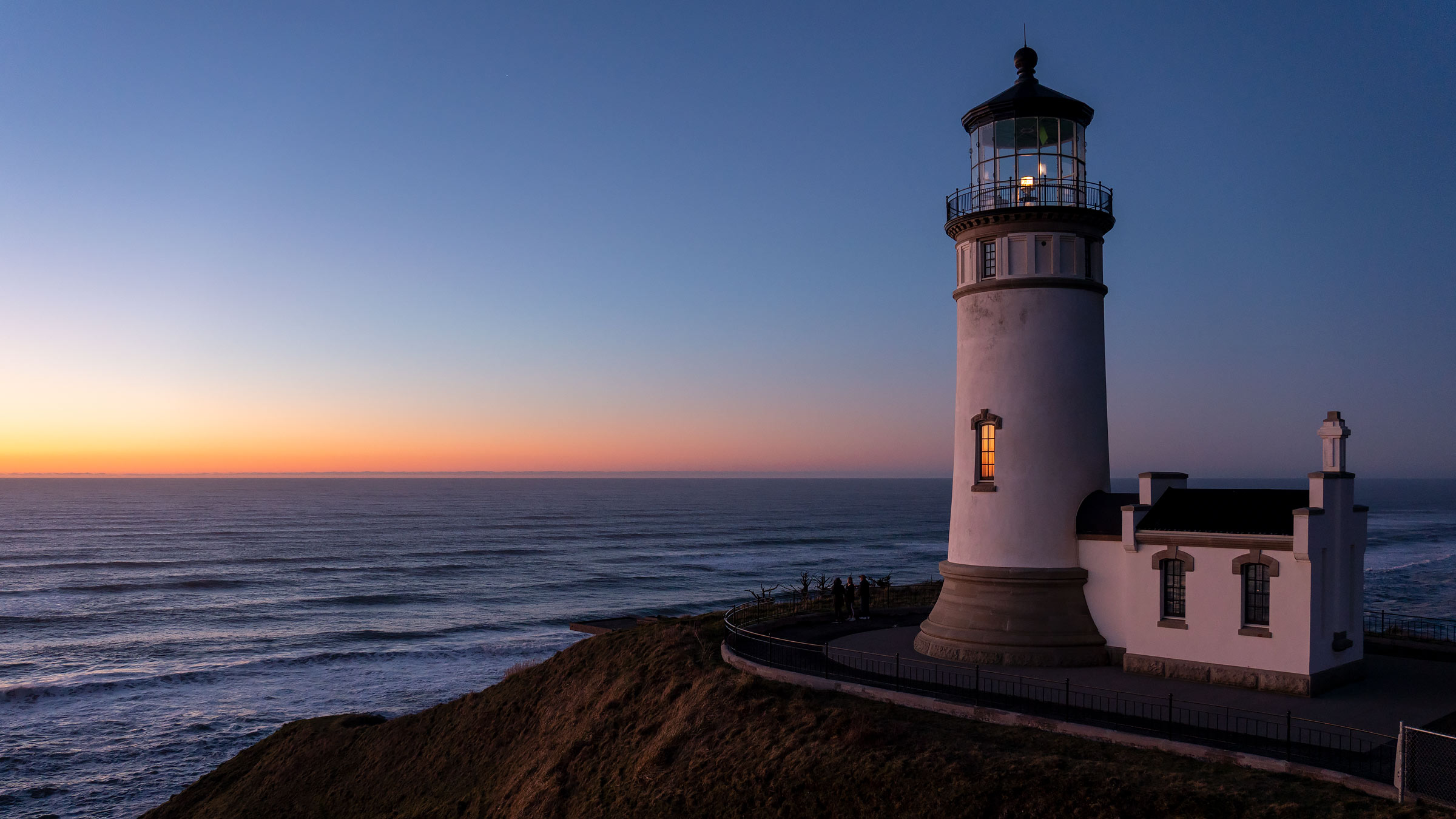 Cape Disappointment State Park holds a spectacular collection of locations for photographers who are willing to make the drive.

On a cold and wet Seattle winter day I was at my desk trying to figure out what to photograph for my review of the Tamron 17-70 f/2.8 VC lens (see the video and full review here). I had been playing with it for the previous couple of weeks, but hadn’t done much real photography. We were in the midst of the wettest January in years (about 10 inches of rain) and the continued COVID semi-lockdown, when I noticed that the weather forecast was predicting two clear days in the near future, and I decided to take the opportunity to visit Cape Disappointment, out on the coast, just across the border from Oregon.

The drive from Seattle takes a few hours, reaching the coast south of Aberdeen, and passing through the Willapa National Wildlife Refuge, another spot that I’ve always wanted to spend some time taking pictures, but haven’t done it yet. This time, I stopped and took a quick roadside snapshot of some tide flats, and kept moving.

I reached Cape Disappointment State Park just before 3:00pm, just two hours before sunset, so I immediately set out exploring the main areas that I thought I might want to shoot: the North Head Lighthouse1After parking at the North Head Lighthouse parking lot, I made a wrong turn. I made the mistake of assuming that the “North Head Overlook” trail (the first thing I saw) would take me to a location where I’d be able to see the lighthouse. Instead it took me to a viewing platform where no appreciable landmarks were visible, and after thrashing around in the woods for a while trying to get a better view, I headed back to the parking lot, where I found the large, well-marked path to the lighthouse. and the Cape Disappointment Light.

The sun was getting low enough that the light was warming up nicely, but it wasn’t the golden hour yet. I hiked around the lighthouse, looking at the different angles and trying to find compositions that would work, and luckily, there were plenty.

Without any time to spare, I raced over to Waikiki Beach, which is just across a cove from the Cape Disappointment Lighthouse. It’s not obvious from the photos, but it was a chilly day; somewhere around 45 degrees Fahrenheit, and the Pacific is bitter cold even in August around here, but there were still a dozen surfers out in the cove in heavy wet-suits, doing pretty well with the occasional sets of 4-6 foot waves that rolled in.

The waves also crashed on the rocks surrounding the lighthouse, and I did my best to capture them fanning into the air as the sunlight turned soft and golden. I began shooting with the Tamron 17-70mm on a Sony a6300, and then moved up the beach a little bit to try to compress the lighthouse with a volcanic mountain in the background2At the time I thought it might be Mt. Hood, but looking at a map, it may be Saddle Mountain using the Tamron 70-300 f/4.5-6.3 zoom.

I tried to make it back to the North Head Lighthouse before sunset to try to catch the last rays of the setting sun on the tower, but I was too late. Instead, though, I got the warm glow of the sunset reflecting in the lighthouse window and the soft light giving the lighthouse shape against a cool, early blue-hour sky.

Since I was testing the Tamron 17-70’s image stabilization, I shot everything hand held, and surprisingly, it wasn’t a problem, even in remarkably low light at ISO 640 or 800. And although it’s not possible to tell in web-sized images like these, the Tamron 17-70mm is outstandingly sharp. Further testing has show it to be sharper than any of my other zoom lenses, and as sharp in the center as my Sigma 70mm Macro Prime lens, which is probably the sharpest lens that I own.

As I mentioned earlier, I was also carrying the Tamron 70-300 f/4.5-6.3 on my Sony A7RIII, which luckily has IBIS and handles higher ISOs better than the APS-C Sony a6300. I was able to shoot with it while the sunset remained bright, but eventually I found that at ISO1600 I was getting 1/6th of a second at f/6.3, which was beyond the abilities of the IBIS and my chilly hands to hold steady.

By the time 6:00PM rolled around, the glow in the western sky had faded enough that it wasn’t worth trying to take any more photos and I started walking back to my car. Near the main parking lot there are a couple of houses which appear to be former care-takers’ residences, but which are now available for overnight visitors to rent. With the sky dark enough for the first stars to be visible, I photographed a house at 28mm 1/8th sec f/2.8, hand held, and the images were nice and sharp. With that done, I headed out in search of some dinner on the long drive home.

Equipment Used On This Shoot

Similarly, I shot the 70-300 on my Sony A7RIII, the predecessor to the current A7RIV. The A7RIII is a 42 megapixel camera, which seems like the perfect size for me, so I haven’t upgraded to the Mark IV, though it would be great for shooting landscapes like these.