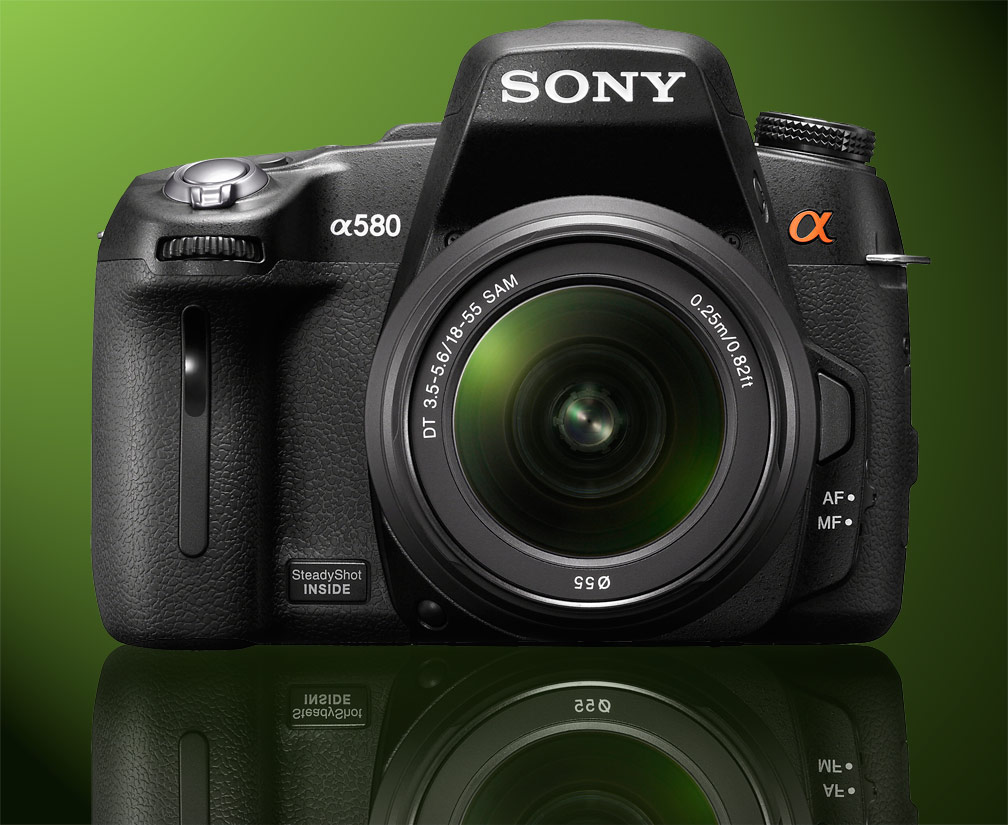 I read somewhere that the common personal computer these days has more processing power than all of the computers used by NASA to send the first man to the moon. The same thought struck me recently when looking at some of the entry-level DSLRs that are currently on the market (namely, the Canon T2i/550D, The Sony a55, and the Sony a580); never in history has so much imaging power been in the hands of so many. And let’s face it: many SLR owners are not using much of that potential. We’re getting the highest resolution birthday party snapshots ever… and the pictures that facebook crunches down to nothing come from exquisitely sharp source material. Most of our imaging power is wasted.

But not all of it. What about those photographers who are getting serious about photography, who understand and use the histogram on their camera’s LCD, who use excellent technique and tripods to capture all of the detail in their landscapes, who understand the effects of aperture, shutter-speed, and ISO? These photographers are in the golden age of imaging, and the choices available to them can be exhilarating and confusing at the same time. Which DSLR will serve that photographer the best? 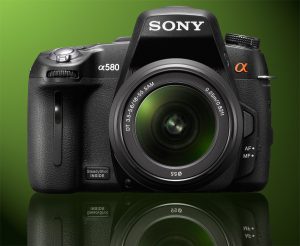 As I’ve said previously, Sony’s a55 is one of the most innovative new cameras that has been released in years. Unfortunately, with those cutting edge features comes the downside of new technology: bugs and unexpected consequences. The a55 has a few of each, most of which are centered around the implementation of its electronic view-finder (EVF). The a580 is not walking quite as distant on the wild side, but it is also rich with innovative features [it should be noted here that the a560, also a new Sony model, is virtually identical to the a580 but with a 14 megapixel sensor].

But let’s start with similarities. The Sony a55 and a580 both make use of the same 16.2 megapixel sensor, about the same size as that found in the new Nikon D7000, and as we’ve come to expect from Sony cameras, they both have  image stabilization implemented within the camera body rather than relying on the lens to do the job. You can expect the same image quality from each camera, with the possible exception of any slight differences due to light 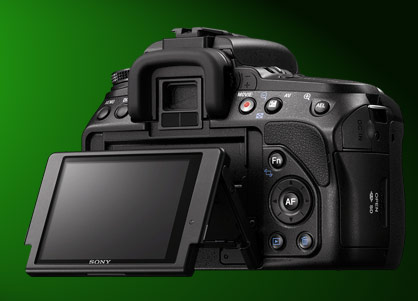 loss from the translucent pellicle mirror found on the a55. They both have the same video format support. The a55 and the a580 both have articulated LCD screens, though not everyone will agree that it’s a benefit.

When it comes to cool, processor-based features, the Sony a55 and a580 share much of the same set. Both have in camera HDR processing, standard and 3D multi-frame sweep panoramas, face and smile detection,  and hand-held twilight / multi-frame NR (a feature with promise).

Additional similarities can be found in the following table. Click on the “Show X Entries” drop-down box and select “50” to see the whole table at once. 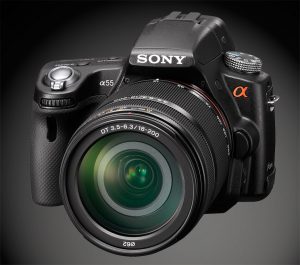 What we don’t find in the a580, though, is an electronic viewfinder. Although this means that the viewfinder does not offer illumination, full coverage, or 1x magnification, it also does not continuously drain the battery. One of the biggest complains about the a55 is its short battery life during heavy use, such as long sporting events. Many photographers have reported that the battery will die before three hours of full time use, though this obviously depends on several factors such as temperature, lens choice, image stabilization use, etc. With a standard optical viewfinder, however, the a580 should last somewhere in the same range as Canon and Nikon’s SLRs.

It should also be noted that while the Sony a55 has built-in GPS tagging, the a580, for some reason, does not. This is unfortunate. I would probably play with and dismiss most of the “features” of these cameras, but GPS data is something that I always find helpful… especially when I need to return to a specific location at a later date when weather or lighting has improved. That said, there are a host of geo-tagging options available now, from hot-shoe mount units to iPhone apps, so it’s not a game changer. It’s a shame to lose such an elegant solution, though.

The Canon T2i has a higher resolution sensor and full range of (mostly) higher quality, professional grade lenses, which means that it should technically produce the highest image quality of all three cameras when used optimally. For some photographers, that’s the end of the discussion. However, when it comes to image quality, the differences between systems is so subtle, and optimal performance is so rarely achieved, that  image quality is probably one of the least significant differences.

Autofocus is a significant issue, though. Both Sony cameras have 3 cross-type AF points and 15 total AF points compared to the single cross type and 9 total of the Canon, giving them a significant edge. There seems to be on caveat, though: when using the optical viewfinder of the a580, the autofocus does not perform well in low light. Sony rates its lowest light level effectiveness at +2 EV, compared to -1 EV on the a55 and -.5 of the T2i. For those not familiar with the EV measurement system, it is closely related to the f-stop scale, so the difference between -1 EV and +2 EV is 3 stops, or 8 times as much light. Interestingly, the a580 requires only half as much light to focus when using live view. Keep in mind, though, that even +2 EV is a very low amount of light (if you were using a  fast f2.8 lens, you’d still need a 2 second exposure at ISO100 to achieve an EV of +2).

For many, frame rate will also be a significant issue, especially action photographers. The Canon’s max frame rate is 3.7 fps, which seems somewhat paltry in comparison to the a580’s 7fps, and even that is overshadowed by the a55’s astounding 10fps. 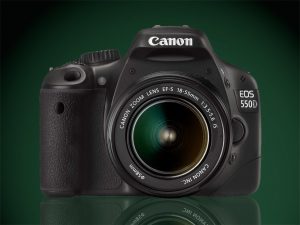 When it comes to video, things are a little less cut and dry. The Sony a55 has superb AF functionality for video; it is the only SLR that has phase-detection focus while shooting video, made possible by the pellicle mirror system. The Sony a580, on the other hand, has no video AF at all. Not even temporarily. The Canon does have video AF, but it is the slow, contrast detection type which is not terribly useful. On the other hand, neither Sony camera offers 24fps at 1080p, which will be discouraging for those who are interested in film-making. This can potentially be fixed by firmware update, though, as was done with the Canon 5D Mark II. Similarly, Sony’s cameras do not yet offer full manual control of video functionality, though there are some work-arounds (exposure compensation, etc). Not only does the T2i offer manual control of video, it also has the added bonus of (free) Magic Lantern firmware for video, which offers important advantages to the 5D Mark II . While still under development for the T2i, there is currently no reason to believe that anything similar will exist for the Sonys.

All three are great cameras, and a good photographer will be able to take amazing photos with any of the three. However, their strengths do lie in different areas.

Please leave comments below if you have any questions or additional information.