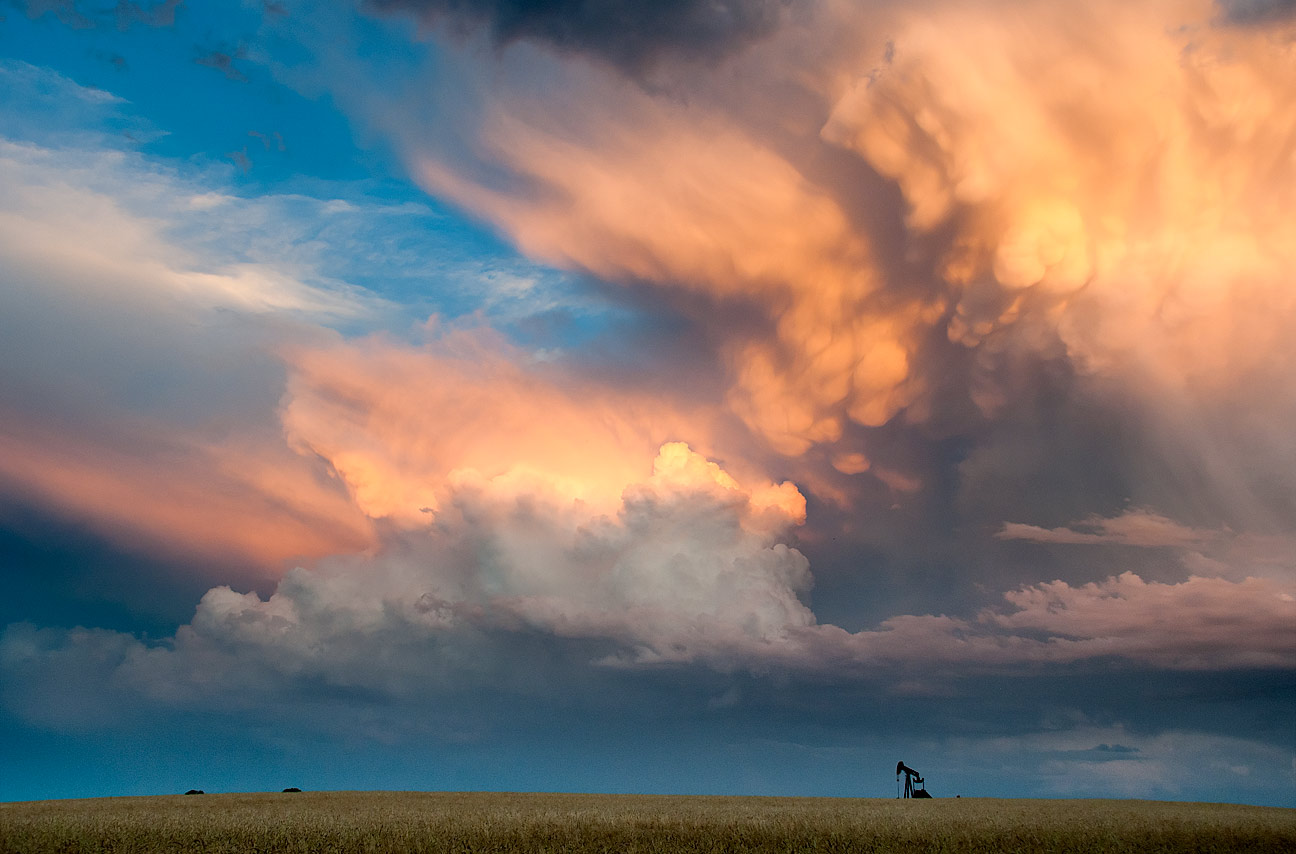 I returned to Florida on Monday night after spending the previous few weeks on the road (and in the air). The trip consisted of a drive from Florida to Colorado, a flight from Colorado to Seattle, and then another flight and drive back again. Although I had intended to take some time out of my schedule for photo expeditions along the way, I ended up taking very few personal photos: only a hundred or so over the course of nearly a month. Luckily, my travels were through beautiful country at a beautiful time of year, so when I did take the time to frame a few shots, I was usually happy with results.

The first time that my camera left its bag was on the flight into Seattle. I left Denver just before sunset, and because I was heading north-west, I arrived in Seattle just minutes after Sunset. On the approach to Seattle, I spotted the peak of Mt. Rainier protruding through the clouds to the south.

A few days later I went sailing with a friend of mine, and on the return trip into Everett, we stopped at Jetty Island during the “golden hour”, and I had a chance to photograph some of the kite-borders for a few moments. For those of you not familiar with the sport, it works much like water-skiing or wake-boarding, except that the rider is pulled along  by what appears to be a large stunt-kite. Unfortunately, it’s difficult to capture the kite and the boarder (in any interesting way) in the same shot, since they’re separated by perhaps 50 feet of line.

Upon returning to Colorado, I spent a couple of enjoyable days in the mountains: one day on Mount Evans, and another in Rocky Mountain National Park.

Mt. Evans is one of the dozens of peaks in Colorado that break the 14,000 foot (4,267 meter) barrier, and as you might expect, it was chilly at the top, despite the fact that it was the middle of July. It was also a bit windy and cloudy, and I was probably under-prepared. My hands were cold. But, I was happy to discover,  a small herd of mountain goats decided to join us. The adults looked pretty haggard; they were losing their winter coats in big clumps, but the kids were enjoying a good frolic on the rocks, so I stopped to take photos until my hands would no longer respond to gentle suggestion.

The next day, I headed north to Rocky Mountain National Park, and took a hike up the Lawn Lake trail. The hike was mostly through forest, so I didn’t find many grand vistas, but I did run across a couple of interesting orchids – two of the “coral root” species that bloom in the summer. On my return to the trail-head, though, I found a clear view across the valley, and I watched for a while as the sun broke through the clouds on the neighboring hills.

As the day grew late, I decided to head to higher ground in the park and drove up the Trail Ridge Road. I pulled off along the road as the light grew interesting, and eventually stopped at the base of a hill crowned with the day’s last rays of sun. I wandered up the trail and took a few panoramic shots of the surrounding mountains and the light playing on the hills before the sun dropped behind the mountains and I headed back to the car.

During my stay in the Boulder area, the weather was unusually stormy; nearly every afternoon brought lightning and heavy rains. Along with the rain, though, came gorgeous clouds. On a drive between Fort Collins and Lafayette one afternoon, I noticed a bright rainbow forming and pulled off of the highway. The rainbow didn’t last long, but the clouds appeared to be boiling in the sky, catching the light and then vanishing.

I drove on, and as the sun set, I noticed bright sprays of color in the clouds above a wheat field and oil-jack, so I stopped again. The sun was setting quickly, and the clouds were rolling and swirling, giving me new colors and compositions every couple of minutes. As the sun finally set, the color shifted from golden yellow to a softer orange and pink, then faded away to nothing.